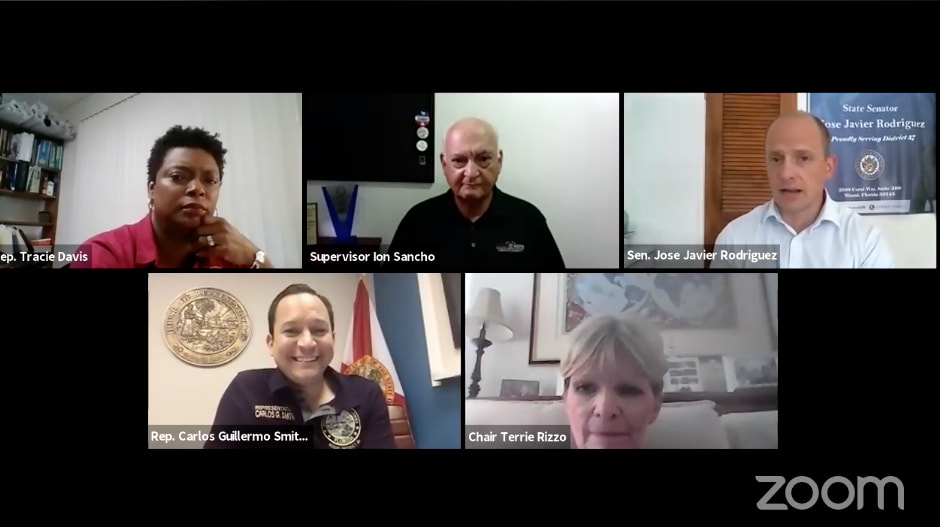 If coronavirus continues, Democrats say mail ballots might be the only safe way to vote.

Florida Democrats on Wednesday both urged Florida officials and Florida voters to prepare for a huge increase in mail voting for upcoming elections because of the coronavirus crisis, while also cautioning that major logistical challenges await.

The Florida Democratic Party said during a panel discussion Wednesday that Florida should consider preparing for most, if not all, voters to cast ballots in the August primary, and perhaps even in the November general election, by mail, rather than risk coronavirus contagion in crowds at voting centers.

“It actually is the safest way to vote,” said Rep. Tracie Davis of Jacksonville, a former assistant Duval County Supervisor of Elections.

At the very least, argued FDP Chair Terrie Rizzo, such a preparation would be an insurance policy against the prospect that the coronavirus crisis might still be limiting gatherings in August or November.

Yet some of the panelists, who also included Sen. José Javier Rodríguez of Miami, Rep. Carlos Guillermo Smith of Orlando and retired Leon County Supervisor of Elections Ion Sancho, also cautioned that there could be huge logistical challenges.

Sancho, Leon County’s Supervisor of Elections for 28 years, expressed strong concerns about whether county supervisors’ offices and vendors might get hopelessly swamped if millions of Floridians decided late to request mail-in ballots.

He said a large number of Florida’s county Supervisors of Elections use the same vendor for mail-in ballots, and if they all start hitting the vendor up late with huge orders for additional ballots, delivery could be a problem.

“So getting citizens signed up up front, so that the Supervisor of Elections can know the numbers they are going to be ordering from the vendors, is critical,” Sancho said. “That means now. That means now.”

He said the supervisors would prefer people sign up through websites, which requires far less staff involvement.

“Supervisors of Elections have told me that if they get deluged with telephone calls and emails and postal requests … they simply don’t have the staff,” Sancho said.

Rodriguez, Davis, Smith, and Rizzo urged Gov. Ron DeSantis to begin preparing the state for the potential for widespread vote-by-mail this year.

Rodriguez said he hopes it will be a topic for a Florida Legislature special session this spring or summer, which he expects.

But, Smith questioned whether Republicans would support more robust vote-by-mail. He said it is up to the Democrats to encourage people to request mail ballots, as the Florida Democratic Party now is doing.

“We all hope that our Governor does the right thing and modernizes our election system, and really encourages people to vote by mail between now and August, and for November. But we all know better than that,” Smith said. “I think we need to look out for ourselves. Which means we have got to register to vote by mail ourselves, on our own.”

Smith said he always had been a fan of voting in person, but Smith found himself in a bind, having to drive from Tallahassee to Orlando and back, just to vote.

previousTask force on reopening Florida to address 'everything under the sun'