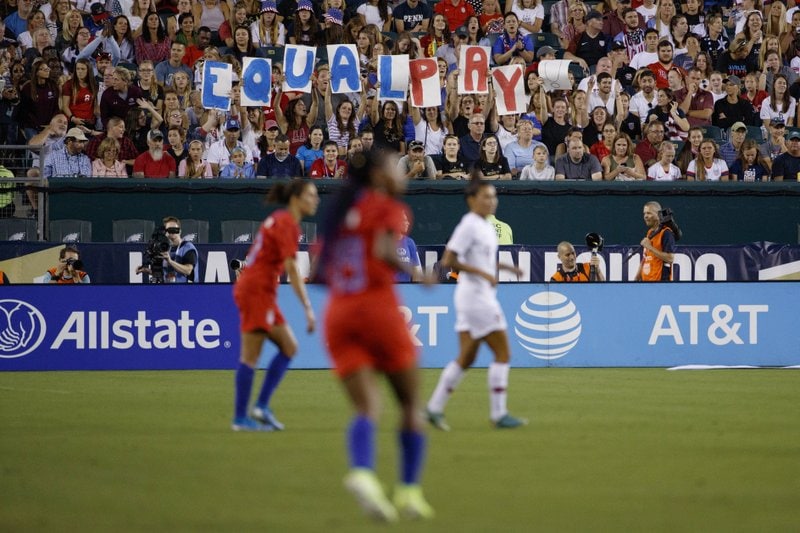 Athletes in individual sports could be hit hardest.

Linked to the rising call for gender equity worldwide, women’s sports were enjoying unprecedented attention and support before the coronavirus pandemic.

The World Cup in France put a spotlight on women’s soccer, culminating with the United States lifting the trophy to chants of “Equal Pay!” — a nod to the team’s gender discrimination lawsuit against U.S. Soccer — and the sport remained in the public eye to open the year. The professional National Women’s Soccer League, home to many of the U.S. national team’s players, was expecting to open its eighth season with a new television contract.

Women’s pro softball was looking toward the sport’s return to the Olympics for the first time since 2008. Professional volleyball, which enjoys popularity in Europe, Russia and Brazil, similarly draws peak interest in an Olympic year.

Any momentum these leagues, and women’s sports in general, had worldwide has seemingly been halted by the pandemic. Now the question is whether women will lose the gains they had made when life returns to normal.

Among the signs women’s sports could suffer more was the recent decision by Independiente Santa Fe in Colombia to suspend all player contracts for its women’s soccer team while saying the men’s team would only see pay cuts.

The impact of COVID-19 and the resulting hit to the economy could resemble the 2008 recession. The Houston Comets of the WNBA could not find a buyer and the league contracted back then. Whirlpool, meanwhile, pulled out of its planned sponsorship of Women’s Professional Soccer, which had the unfortunate timing of launching in 2009 and lasted just three seasons.

The WNBA is in better shape today than many women’s sports because of its affiliation with the NBA. The league has put off the start of the season, set for May 15, but Commissioner Cathy Engelbert recently suggested it might be able to return sooner rather than later.

“We might be able to tip this season off before some other leagues since we only have 12 teams and 144 players,” she told The Associated Press.

But there are concerns among those who aren’t similarly positioned.

Volleyball player Kelsey Robinson, who is on the U.S. team that was bound for the Tokyo Olympics this summer before the games were postponed, can usually make a living playing overseas, like many national team players. She was just heading into the playoffs with her club in Turkey, which has a thriving professional volleyball league, when play was suspended. Now she worries about her opportunities in a post-pandemic world.

“It’s hard to say what will happen in Turkey or China, where there are pretty strong economies for sport. But for sure, Italy I know will have to decrease salaries, maybe not at the top team, but I’m sure it’ll affect lower teams and clubs,” Robinson said. “We’re not finishing the season right now or playing, so that’s a hard financial burden for our club because a lot of the salaries for the coming season depends on how we finish in the playoffs.”

“I think that everybody is afraid of that. And especially right now, looking at women’s soccer and coming off of what we feel is a huge positive momentum after the World Cup, and the NWSL doing really well and continuing to grow, it’s obviously a concern. This is tough for everyone, including the ownership groups, the fans, the players, the league office,” Averbuch West said.

The international soccer players’ union, FIFPro, issued a report Thursday warning of the impact the coronavirus could have on women’s soccer worldwide and recommended mitigation measures, including continued investment.

“Who knows what the future will bring?” said forward Jodie Taylor, who plays for the NWSL’s Reign and England’s national team and sits on the FIFPro player council. “It’s a reality, it’s a stressful reality, and one that the world’s kind of sitting back and waiting for.”

Athletes in individual sports could be hit hardest. Tennis, golf and track athletes are largely dependent on competing to earn a paycheck, and that’s currently impossible. The athletes face uncertainties going forward: When the events do return, will the sponsors remain? Will younger prospects fall away from those sports out of economic necessity?

The WTA said last week that its planned start date is now July 13. Wimbledon has been canceled for this year.

“Health and safety remains the top priority as we navigate the challenges ahead in these unprecedented times, and we will do everything we can for the tour to resume at the earliest opportunity once it is safe to do so,” ATP Chairman Andrea Gaudenzi said.

The National Pro Fastpitch softball league was hit particularly hard. The 17-year-old league included national teams from Australia, Canada and China this season in preparation for the Olympics. Australia and Canada have already said that even if the league gets off the ground this season, they won’t participate.

“I don’t want to say that I’m worried that we won’t survive,” Kempf said. “But I think that common sense would dictate and tell you that it’s a hit for everyone.”