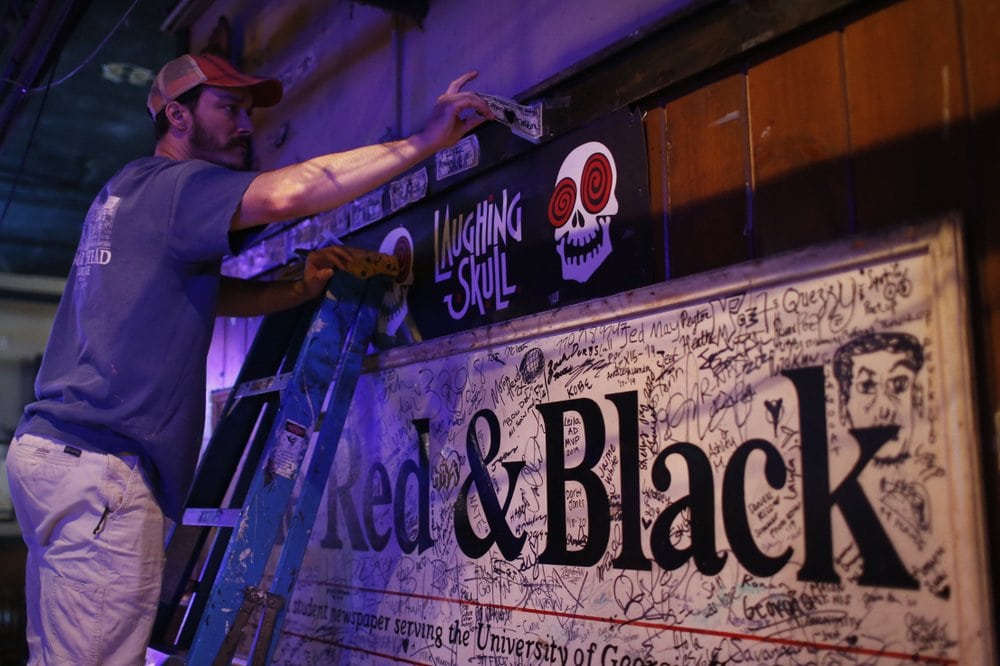 It's too soon to open certain businesses, Trump says.

Speaking at a daily White House briefing Wednesday evening, Donald Trump said he told Kemp he had misgivings over the Governor’s plan, but would not stand in his way.

“The people of Georgia … have been strong, resolute, but at the same time he must do what he thinks is right,” Trump said of Kemp, a Republican. “I want him to do what he thinks is right. But I disagree with him on what he’s doing. … But I think (opening) spas and beauty salons and tattoo parlors and barbershops in phase one … it’s just too soon.”

In addition to pushback from Trump, Kemp’s plan to begin cracking open the Georgia economy faces two major hurdles — the state is struggling to increase testing for new coronavirus infections and boost tracking of those in contact with infected people.

Without those capabilities, experts said Georgia risks a quick rebound of the COVID-19 illness as Kemp allows some businesses to reopen in coming days. The Republican Governor’s decision has been questioned because the state has yet to show continuing progress in those areas, and it could be difficult to catch up.

“The virus moves faster than government does,” said Dr. Jennifer Nuzzo, an epidemiologist at the Johns Hopkins Center for Health Security. “So if I had to bet on who would come out of the gate faster, it would be the virus.”

Georgia has ranked in the bottom 10 in per capita in testing. After expanding capacity, the number of tests administered in Georgia had plateaued between 3,500 to 4,000 a day. However, on Wednesday, the state reported almost 6,000 tests over 24 hours, with Kemp saying on a conference call with Republican U.S. Sen. Kelly Loeffler that Georgia was “really ramping up” its capacity.

Those tests Wednesday show Georgia with nearly 21,000 infections and 836 deaths, according to the state Department of Public Health.

“There are a lot of people that are hurting really bad right now on the financial end of things — our hard-working Georgians. And we’re trying to do all we can to allow them to start moving back into the work force in a limited and safe way,” Kemp said.

But critics have questioned Kemp’s adherence to those guidelines, which recommend 14 days of declining new infections before moving to the reopening phase Kemp has called for. On Friday, elective medical procedures will resume and barbershops, nail salons and gyms will reopen with restrictions. Limited in-restaurant dining will resume Monday.

“At best, you’re only seeing a week’s worth of decline,” said Dr. Colin Smith, an epidemiologist and professor of public health at Georgia State University.

The stakes on Georgia’s ability to test and monitor are high. Many businesses and workers are holding back for fear of illness.

Dewond Brown, 42, was laid off in March from an Atlanta-area restaurant as a line cook making $16.40 hourly.

Worried about his high blood pressure, he said he wouldn’t go back if his employer reopened. He said he would want to know coworkers tested negative and see a sharp drop in new cases.

“I understand everybody wants to get back to normal, but you hear the medical people say everyday it’s not time yet,” he said.

Questioned about what Kemp calls a “measured approach,” national coronavirus response coordinator Dr. Deborah Birx has called on local officials to follow the guidelines “the best they can” and make sure “the public is completely protected.”

The state plans to station 30 National Guard soldiers in a testing command center at Augusta University, where a university-developed app will guide testing. University President Brooks Keel said those measures will better triage who needs a test, and ensure tests produce usable results.

“We’re not going to be in a position in the near future to test everyone in Georgia who wants to be tested,” Keel said.

“This is the way we’re going to keep spread from occurring, even as we begin to gradually open up the state,” Toomey said.

The state hasn’t said how many people are tracing contacts now, how many it seeks, or how quickly the state’s 18 public health districts can ramp up.

Toomey said her department is retraining people who normally inspect restaurants and hotels to do contact tracing, as well as repurposing others who work to control the spread of tuberculosis and sexually transmitted diseases. There are also plans to train medical and public health students.

The first medical student volunteers came from Mercer University, including Catherine Waldron, who’s been working at the Savannah health department office since late March. Students check with patients and contacts by phone or online to ask about symptoms and answer questions.

“Maybe we can help prevent any kind of second wave,” DeCarlo said.

Toomey and Kemp said the state will use a cellphone app to track infected people, and ask those people to voluntarily share cellphone data so that the state can find other contacts.

Kemp said the app would be provided by the MTX Group, which Google says provided apps to New York and Florida. Authorities didn’t answer Tuesday how much Georgia is paying MTX.