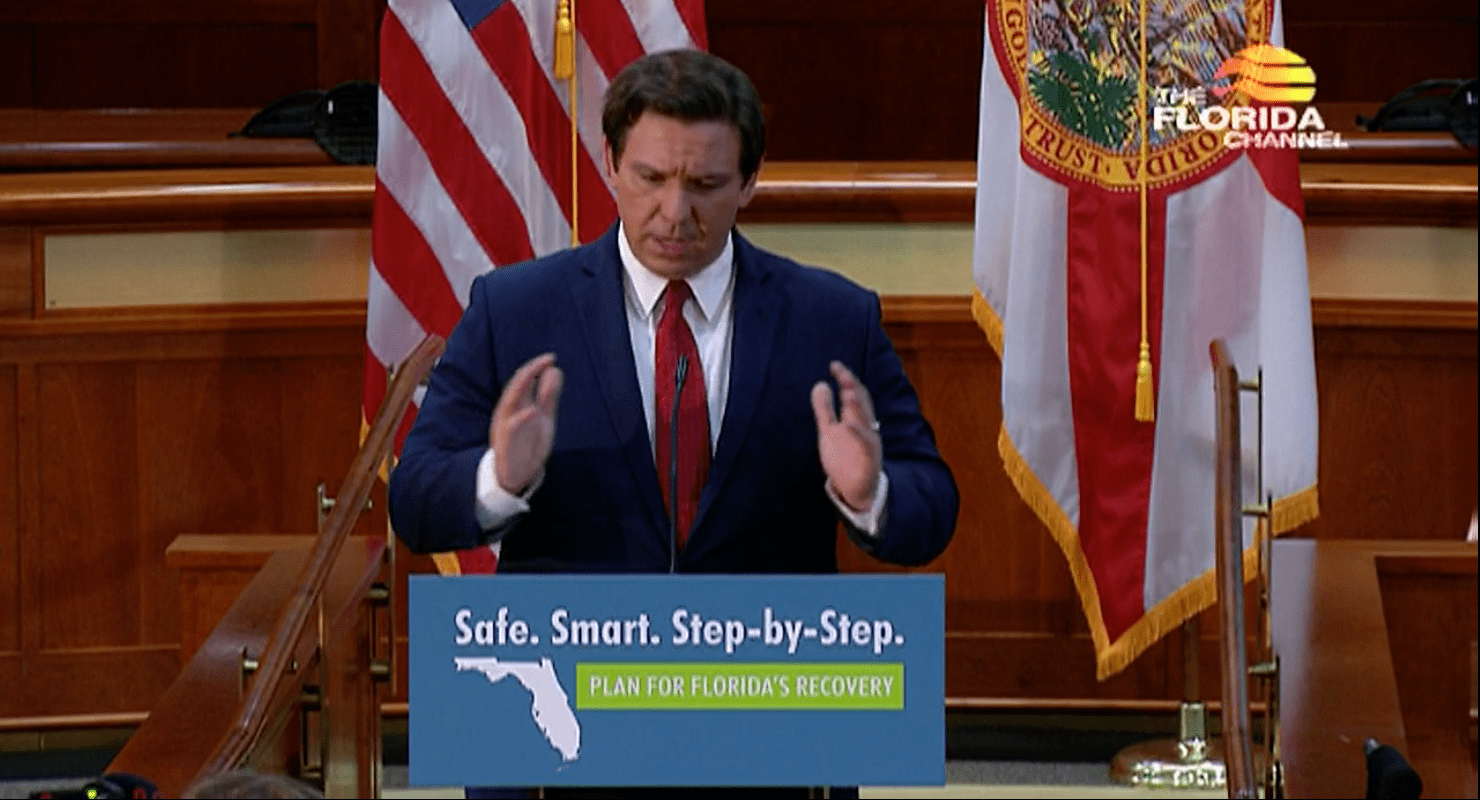 With a statewide audience tuned in, Gov. Ron DeSantis reprised his recent arguments against the media and narratives of “doom and gloom.”

“What is our biggest obstacle? Fear. Fear of the unknown,” the Governor said Wednesday to media in Tallahassee and a statewide audience on television.

“Constant doom and gloom and hysteria that has permeated our culture for the last six weeks” has created “fear,” said DeSantis.

“Fear is our enemy,” DeSantis emphasized.

The Governor extemporized for close to half an hour before getting into specifics of reopening the state, the stated reason for the press conference.

In fact, the Associated Press was able to move an article on the recommendations, which they clearly got on an embargoed basis, before the media called to cover the event saw them.

For the press on hand, instead, were receipts. The Governor laced into critics and criticisms, which he clearly took to heart in recent months.

He even found an opportunity to blast “talking heads” on TV for “looking so great” with fresh haircuts, noting he hadn’t had a haircut since February.

That was new, but much of this was familiar.

The Governor brought back the riff about pessimists bemoaning Florida becoming the next New York or Italy.

“Saying Florida was going to be like New York was wrong,” DeSantis said, “and people need to know it was wrong.”

“Facts should be comforting. We’ve done much better than everybody said we would do,” DeSantis said, noting his confidence that Florida was ready to enact Phase I recommendations of the White House Coronavirus Task Force.

“We have more beds available today than March 1,” DeSantis added.

Florida Governor lays out facts vs perception presentation and local news stations in South Florida suspend coverage. What is more important than watching the Governor’s plan to open the state???

However, what’s clear is that despite having succeeded in terms of key metrics with the coronavirus struggle, this Governor has lost ground when it comes to a viable working relationship with much of the press that covers him.

And it is also clear that fact gets under his skin.

previousNext steps in Jacksonville's reopening to be announced Thursday