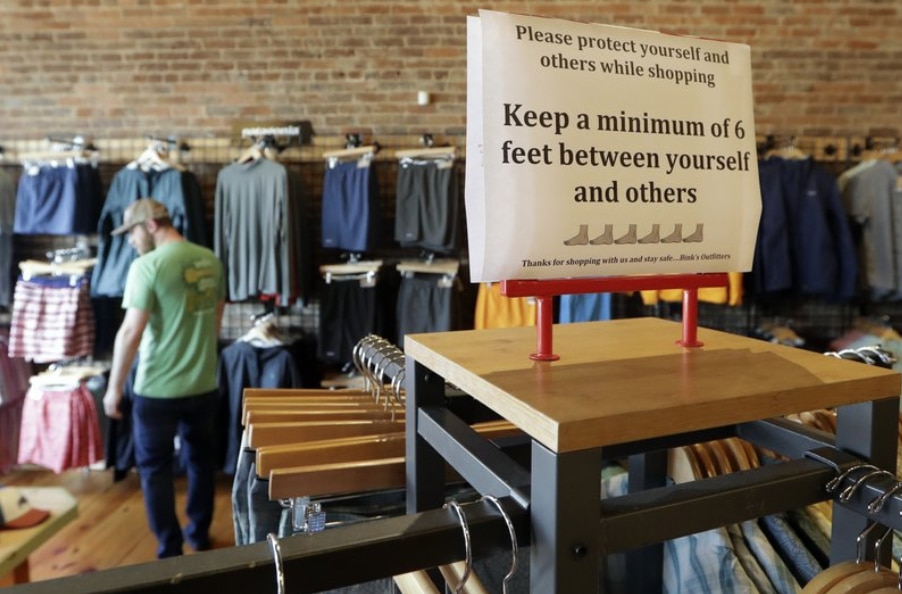 More signs are showing that the economy is in its worst plunge since 1930s.

U.S. consumer spending plunged 7.5% in March, reflecting the growing impact of the coronavirus pandemic as Americans complied with stay-at-home orders.

The Commerce Department said that the spending decline was the sharpest monthly drop on records that go back to 1959, exceeding the previous record, a decline of 2.1% in January 1987.

Personal incomes also fell sharply last month, declining by 2% with wages and salaries, the largest part of incomes, falling by 3.1% as millions of Americans started getting lay-off notices.

The report said that the country experienced big declines as “consumers canceled, restricted or redirected their spending.”

The government reported Wednesday that the overall economy, as measured by the gross domestic product, shrank at an annual rate of 4.8% in the January-March quarter, led by the biggest quarterly drop in consumer spending since 1980.

Consumer spending accounts for 70% of economic activity and has been the economy’s standout performer in recent years However, with further sharp spending declines forecast, analysts are predicting that GDP will shrink by around 40% in the current April-June quarter, the biggest quarterly decline on record.

The GDP decline in the first quarter signaled the end of the country’s longest economic expansion, which had begun in June 2009. The Trump administration is hoping this downturn will be V-shaped, with a sharp fall followed by a rapid increase as stay-at-home orders expire and Americans go back to work and resume normal activities such as shopping and eating in restaurants.

But many private economists worry that the downturn could linger until a vaccine against the virus is developed and becomes widely available, something that may not occur until the middle of next year.

The March report showed that an inflation gauge closely followed by the Federal Reserve dropped 0.3% in March and is up 1.3% from a year ago, well below the Fed’s 2% target for inflation.

The Fed on Wednesday signaled that it would keep its benchmark interest rate near zero for the foreseeable future as part of its extraordinary efforts to bolster an economy expected to suffer its worst economic crisis since the 1930s.