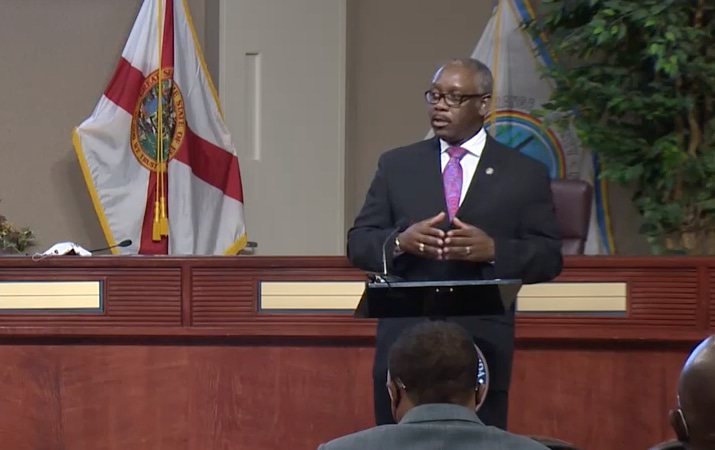 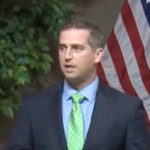 Orange County restaurants and businesses planning to reopen at least partially on Monday can expect clearer direction Saturday on recommendations or requirements when Orange County Mayor Jerry Demings issues an executive order for what the county wants.

“We’re all in this together. We want to use these guidelines responsibly and do so in a way that support our local economy,” said Tim Giuliani, president and CEO of the Orlando Economic Partnership.

The question yet to be answered by Demings: which of the seven guidelines will be mandates, and which will be recommendations. Demings made clear earlier Friday, during a visit to one of the task force’s working group meetings, that he does not necessarily envision them all being mandates.

Demings credited the stay-at-home orders and closures to date for stunting the coronavirus epidemic in Orange County, which had quickly risen to 1,000 cases, and then slowed considerably, largely leveling off toward what is now about 1,400 cases.

“Social distancing and crowd restrictions will allow us to reduce those numbers even further. So as we talk about the reopening of business we must think about the need to remain focused on stopping the spread of this virus,” he said.

Indeed, at that meeting and at a news conference late Friday Demings suggested he’s ready to go beyond DeSantis’ recommendations, at least in some instances.

Demings made it clear he would like to see barber shops, nail salons and hair salons open Monday or as soon as possible, and on Friday he wrote to DeSantis urging that.

On the other hand, Demings cautioned Orange County’s restaurants that if they want to have or expand outdoor seating, as DeSantis’ order offers them as an alternative to highly-restricted indoor seating, they’re going to have to make sure they have proper zoning and permitting approval first, either through the county or through whatever city they may be in.

One south-central Orange County city, Edgewood, already has taken steps to address that. Edgewood Mayor John Dowless signed an executive order Friday that would allow restaurants to open outdoor dining, even in parking lots, and to include tents and canopies, to serve, outdoors, up to 100% of their usual total capacity.

“This is about jobs,” Dowless said. “This is about helping our business owners do what they do best — serve their customers and put a paycheck in the hands of their employees.”

Demings was surprised Friday by the action, but said it is up to the cities to decide what they will allow.

“I wasn’t aware of what Edgewood did today but that’s within the authority of the city of Edgewood,” Demings said.

The seven guidelines recommended by Demings’ task force include:

— Telling employees to stay home when they are feeling sick.

— Allowing and encouraging highly at-risk individuals to work from home whenever possible.

— Conducting temperature checks for staff, and sending workers home if they have temperatures above 100 degrees.

One potential political sticking point: if Demings mandates that businesses tell employees to stay home if they feel sick.

Orange County was the site of a still-controversial political battle in 2013 about whether the county could or should require larger businesses to provide paid sick leave. Ultimately, in 2013, the answer was no. That was before Demings’ time in office, or before the terms of any of the other six members of the county’s commissioners.

“We won’t put anything in place at this point to mandate that,” Demings said Friday.