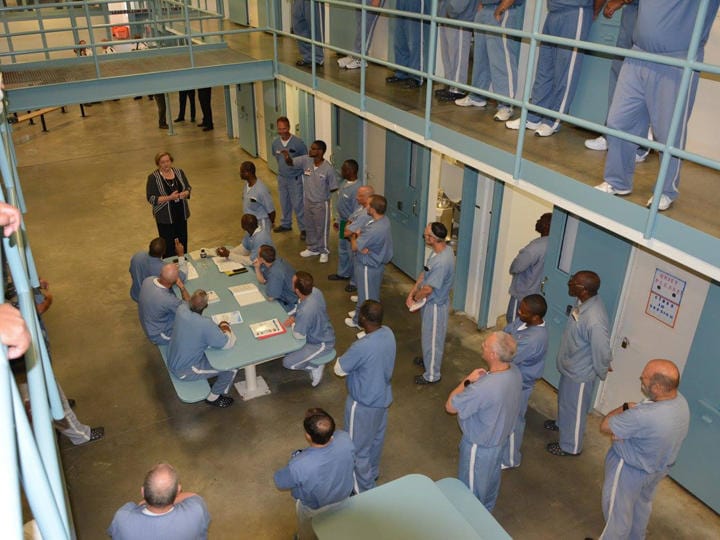 “The most difficult thing about dealing with the Department of Corrections is transparency of information."

As coronavirus outbreaks continue to flare up at Florida prisons, people who work inside are terrified and worried that their jobs are starting to take a psychological toll, union officials say.

At least 167 Florida corrections workers had tested positive for the virus as of Monday, exacerbating some facilities’ low staffing levels, increasing the workloads of some guards and escalating tensions as employees worry about bringing the virus home.

“We’re going to see the mental-health issue rise up again because this has put a lot of stress on the officers,” Jim Baiardi, who leads the state corrections chapter of the Florida Police Benevolent Association, said in an interview Monday.

Some corrections workers have been asked to help out at prisons such as Sumter Correctional Institution, where at least a dozen workers and 92 inmates have tested positive for the highly contagious virus, Baiardi said.

Diverting workers to other prisons sometimes means they will be forced to make longer commutes in addition to handling shifts that can last up to 12 or 16 hours a day, Baiardi said.

Baiardi has also fielded calls from corrections workers who have been asked to self-quarantine for 14 days after being exposed to the virus.

“I’ve heard from two or three that are sleeping in a garage in their houses, because they’re afraid that if they go inside the house that they’re going to get their wife and kids sick,” he said.

Department of Corrections officials said in a news release that “regional staffing plans have been developed to supplement correctional officers and medical staff, if staffing requirements cannot be met due to positive test results.”

But agency officials did not immediately comment on specific measures that have been taken at prisons where workers have tested positive for the virus. Employees who test positive are not allowed to return to work until a doctor says they have fully recovered, according to agency news releases.

While 167 workers had tested positive as of Monday, corrections officials have refused to reveal the number of employees who have undergone testing, a number that could help determine if testing is sufficient and show a rate of infection.

“The most difficult thing about dealing with the Department of Corrections is transparency of information,” Matt Puckett, executive director of the PBA, told The News Service of Florida in an interview.

Puckett, who is pushing for prison and jail workers to be prioritized for face masks, gloves and rapid testing, said more transparency is needed for the “peace of mind” of corrections workers and their families.

The largest number of employee positive test results, 42, has occurred at South Bay Correctional Facility, which is operated by The Geo Group, Inc., a prison contractor.

Gov. Ron DeSantis has not talked much about how the state has handled the outbreaks in prisons, and his office declined to comment on why he will not direct the Department of Corrections to release the number of employees who have been tested.

The state agency, however, releases data each day on the number of inmates who test positive and negative for the virus, as well as how many prisoners have pending results.

As of Monday, 776 prisoners had undergone testing. Of the 752 inmates who had received test results, 49 percent had been positive for the virus, corrections officials said.

On Sunday, the governor said the situation in prisons is a “separate issue” from what goes on outside in communities.

His comments came during a news conference in Daytona Beach, just miles away from Tomoka Correctional Institution, where 128 inmates and 19 prison workers had tested positive for the virus — the most cases of infected inmates at any prison in the state.

DeSantis touted Volusia County’s response to the pandemic and said that aside from a “prison dump” of 46 prison cases on Thursday, the county’s overall positive test rate was low. DeSantis’ office did not immediately respond to requests to expand on what he meant.

“The idea that you can somehow contain an outbreak in prison and keep it in prison, it’s fantasy. It’s just a complete misunderstanding of the dynamic at work here,” Greg Newburn, the Florida director for Families Against Mandatory Minimums, a group that pushes for changes in the criminal justice system.

previousSunburn — The morning read of what’s hot in Florida politics — 5.5.20