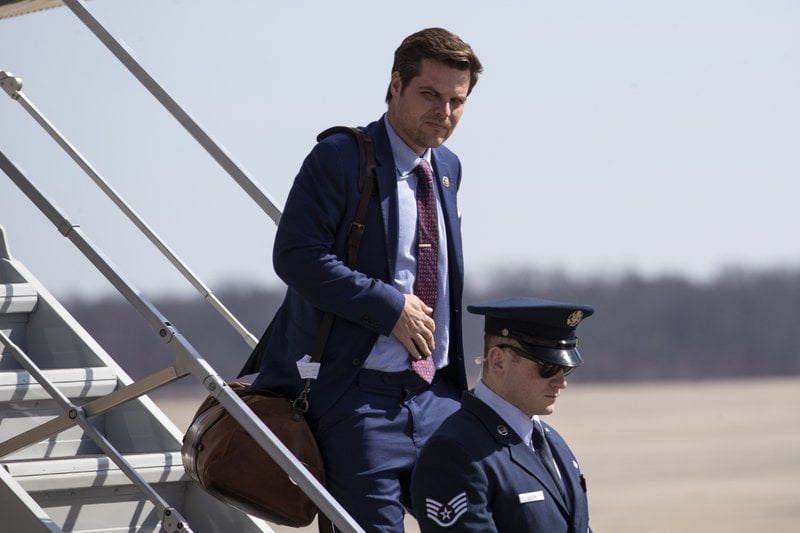 “China is massively expanding a Trojan horse spying operation in our country and your local police department may be unknowingly helping them,” Gaetz wrote in the letter he announced Monday on Fox News’ “Tucker Carlson Tonight.”

A 2017 report from a Los Angeles U.S. Immigration and Customs Enforcement (ICE) office revealed DJI was targeting law enforcement and critical infrastructure companies to collect and exploit data. With less confidence, it suggested it could be forwarding that data to the Chinese Communist Party.

Several federal agencies have stopped using DJI products and the 2020 National Defense Authorization Act banned the United States military from purchasing their products. But according to DJI’s website, it has donated drones — formally known as unmanned aircraft systems (UAS) — to 45 police, fire and public safety organizations in 22 states, including two drones to the Daytona Beach Police Department.

According to News 6 last month, the drones came with loudspeakers to disperse crowds during the social distancing advisory, but the department planned to keep them. Additionally, the drone has a camera that can read a person’s body temperature.

The Representative called DJI’s control of the drone market the latest in American innovation and Chinese theft. And in his letter to Barr, he wrote that donation was made under the guise of helping with problems caused by the “Chinese coronavirus pandemic.”

“Local police departments that have received these UAS from DJI … have neither the technical expertise nor the cyber-forensic tools necessary to determine whether or not these UAS are transmitting sensitive data to the CCP regime,” Gaetz wrote. “Furthermore, because these UAS may be connected to police computers, it seems possible that they may exfiltrate sensitive law-enforcement data to China.”

China could use that data for a cyber or physical attack against the United States or sell it to terrorists for those purposes, according to the Los Angeles ICE office report.

While Gaetz believes that report should have served as enough warning to law enforcement against using DJI drones, he hopes DOJ can offer a final advisory.

And in a 2019 United Kingdom parliamentary hearing, Brendan Schulman, DJI’s vice president of policy and legal affairs, said users could turn off a drone’s data-sharing feature, which he recommended for those handling sensitive information. If requested by the Chinese government, it would hand over data from its servers to comply with an investigation.

After meeting with Gov. Ron DeSantis in Pensacola last week, the Representative said he provided the Governor with some of his office’s research on drones. Lawmakers have debated clearing the way for broader drone use by law enforcement, but efforts during this year’s Legislative Session never took flight.

nextGroup aims to train Florida’s next generation of progressive leaders