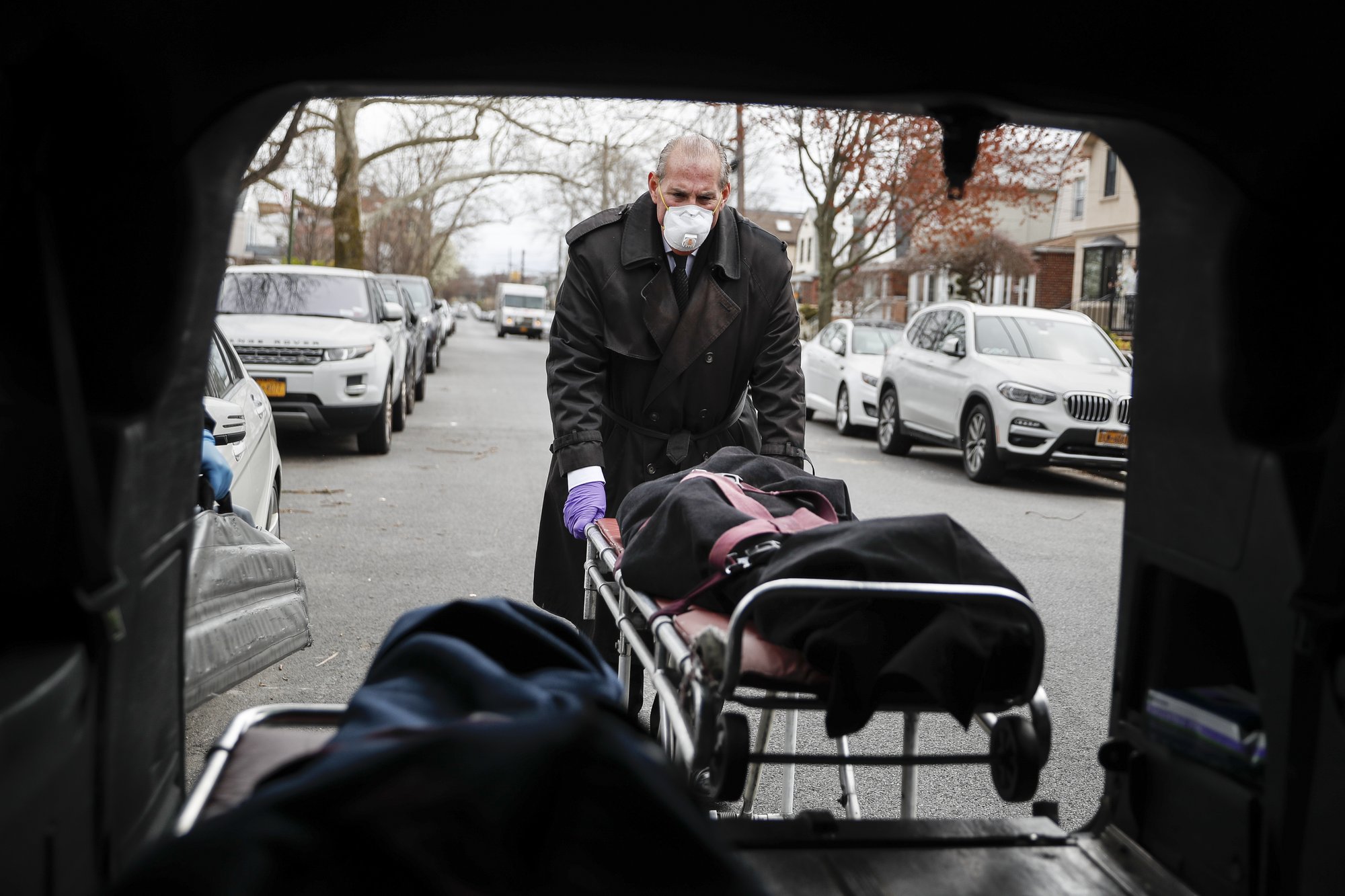 Epidemiologists have pointed to "excess deaths" as a better metric for tracking deaths attributed to the virus.

Florida’s COVID-19 fatality reports are likely showing a near-complete reality of the death toll while most states hit hard by the pandemic are struggling to report the full picture.

According to a New York Times report, confirmed COVID-19 deaths in much of the country don’t account for the excess deaths reported by state health officials compared to an average year.

But Florida, with an estimated 500 deaths in excess of previous years between March 15 and April 11, reported 442 COVID-19-related deaths during that time, only a 12% deficit. Overall, deaths are 3% higher than expected in the state in an average year.

Rather than following reports from state health departments, some epidemiologists have recently pointed to excess deaths as a more accurate representation of the virus’ impact. That method, taking a five-year average of the usual death rate before the pandemic and counting how many deaths in the current year exceed that average, is well-known in the epidemiological community and was used in events like the Great Smog of London.

However, not all states update weekly deaths in a timely manner. The most recent data in the Times’ report was more than three weeks behind when the article was updated Friday, apart from New York City’s city-level data.

According to the report, 22 states have seen more deaths than their past five years’ average would suggest, when scaled for population changes. Of those, only Indiana, Maine and Washington COVID-19 death tolls completely accounted for the excess deaths.

The region most comparable to Florida in terms of expected COVID-19 deaths to actual deaths was New York City — the nation’s largest hot spot in the pandemic. Officials there reported 18,706 deaths between March 15 and May 2 while the Times study expected 23,000, a deficit of 19%. All deaths in the city are 323% times the amount expected in an average year.

Deaths in New Jersey were 90% higher than expected in an average year.

Access to testing could be a factor for causing some states to not register as many fatalities. In mid-March, Florida had access to sufficient tests but was hindered by a lack of sampling swabs until later that month but has since reached low positive return rates since expanding its testing capability to tens of thousands per day.

And other patients without COVID-19 may have died more frequently in overburdened hospitals already struggling to accommodate the disease. Florida never experienced the same hospital surge as other parts of the country and even allowed elective surgeries to return last week because increased access to protective equipment and confidence hospitals wouldn’t be overwhelmed.

Perry Brown, a professor of public health at Florida A&M University’s Institute of Public Health, pointed to a state’s relative spot on an outbreak’s curve as another factor on its ability to document cases. States facing the brunt of the pandemic

However, because the New York Times report addressed deaths after the pandemic was in the public eye, medical examiners likely didn’t mistakenly attribute fatalities to only pneumonia during that time, he added. A review of cases before mid-March will likely find deaths from pneumonia resembling COVID-19 infections.

“Most people who are dying from COVID are dying in the hospital, so I would have a fair amount of faith in the validity of the diagnosis and the cause of death,” Brown said.

The same day as the most-recently available weekly deaths in Florida, the Tampa Bay Times reported that medical examiner records showed 40 deaths missing from the state’s official COVID-19 death toll. Much of that disparity can be attributed to different reporting methods.

Medical examiners count deaths within their regions while the Department of Health (DOH) doesn’t publish non-Floridians who die in the state in its daily reports. That leaves visitors and snowbirds out of the official death toll, but the state still records non-resident deaths in a public data hub.

As of Sunday, 1,721 Floridians with COVID-19 have died and at least 70 non-Floridians have died in the state.

Additionally, DOH counts the death of anyone who has tested positive for the coronavirus as a COVID-19 death. Meanwhile, medical examiners count deaths directly attributable to the disease.

Daily deaths peaked in the state on April 17 when 56 Floridians died, according to DOH’s COVID-19 dashboard on Sunday.

The department has reported 39,514 cases among Florida residents and 1,082 non-residents during the pandemic.