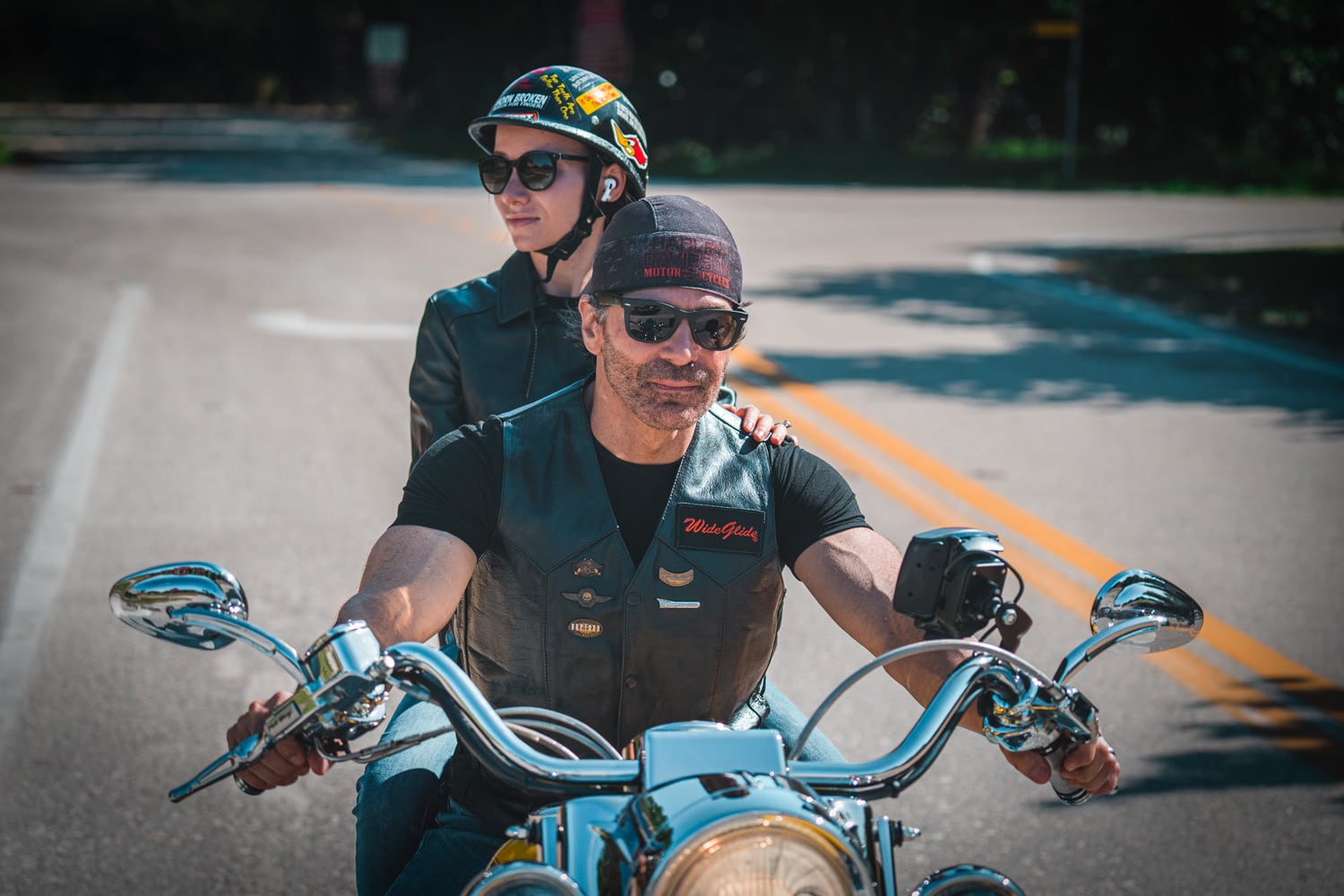 It looks like COVID-19 messaging has been left in the dust.

Dr. William Figlesthaler paints himself more as a Hell’s angel than health professional in his newest Congressional ad.

The video kicks off with footage of President Donald Trump at the Daytona 500 shouting, “Gentlemen, start your engines.” A narrator comes in to announce “the race to support President Trump is on in Florida’s 19th Congressional District.”

Wearing a Harley Davidson skull wrap and a leather vest with the nickname “Wide Glide” stitched onto it, the Naples Republican roars down the roadway with no helmet and wife Olga on the stump.

It’s a different look than the lab coat-adorned physician who a couple months ago announced he would temporarily redirect all campaign messages to informing the public about the coronavirus pandemic.

The new road warrior image greets visitors to Figlesthaler’s campaign website, a sign the campaign is ready for its own new phase.

Without naming any of his nine Republican competitors for the open Congressional seat, Figlesthaler asserts his background as a political outsider more closely aligns him with Trump than long-time office-holders in the race.

“Dr. Fig will fight to end illegal immigration and stop the sell-out politicians from taking your guns and trampling the constitution,” a narrator declares.

“The differences between me and my opponents could not be more obvious,” Figlesthaler writes. “Like President Trump, I understand that career politicians who sell out our rights and trample the Constitution aren’t what make America great…

“When I get to Washington, you can count on me to defend our freedoms and liberties. I will help President Trump drain the swamp and retire these career political hacks once and for all.”

Through the first quarter of the year, Figlesthaler spent $328,114, the most of any active candidate in the field.