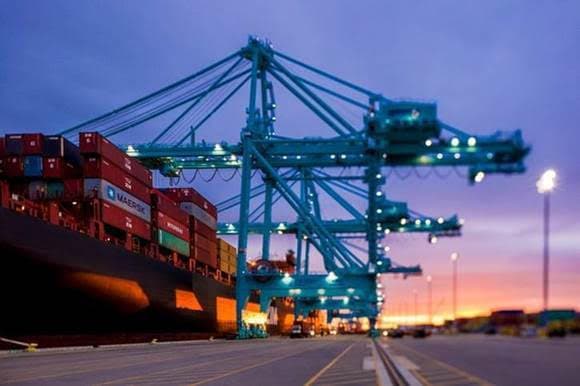 Coronavirus causes cargo dip at JaxPort, but its financial health is still strong.

While Jacksonville Port Authority officials report activity at the port fell off in March due to the coronavirus outbreak, one of the most prominent financial ratings organizations gave the Northeast Florida cargo hub a solid bill of health.

The volume of automobiles moving in and out of Jacksonville’s port dropped 21% when the pandemic outbreak began in March compared to 2019 figures for the same month, said JaxPort spokeswoman Chelsea Kavanagh. Container volume dropped 8%.

Despite the downward trend, Kavanagh said JaxPort saw robust activity in the months leading up to the COVID-19 outbreak. The first half of JaxPort’s fiscal year from October through March offset some of the more extreme numbers.

“While our cargo volumes have fallen off as of late, they cumulatively are fairly strong for the first half of JaxPort’s fiscal year, given the economic situation,” Kavanagh said in an statement. “Our container volumes are down only 4% and auto units down 9% from the same period in 2019, a record year for both cargo types.”

JaxPort officials expect April figures to be available within a week or so. Officials expect the numbers to be better in April than they were in March.

“The projected increase is likely temporary and reflects cargo that was shipped to JaxPort [in April] during the period between when manufacturing started to come back online in China and prior to consumer demand in the U.S. falling during widespread shelter-in-place orders,” she said.

Meanwhile Fitch Ratings gave high marks for JaxPort’s financial health. Fitch graded JaxPort as having an “A” rating in relation to $129 million in outstanding revenue bonds.

“The rating reflects JaxPort’s versatile financial and operating position even in light of volatility stemming from the coronavirus pandemic,” according to the Fitch assessment issued in early May.

“The ability to maintain our strong credit rating during this time speaks volumes about the strength and resiliency of our port,” said JaxPort CEO Eric Green. “Our diversification across trade lanes and business lines, along with our strategic location in the in-demand Southeast U.S. region positions us for continued success well into the future.”

Kavanagh acknowledged port officials are bracing for May activity to “be down again” due to the impact from the pandemic.

There are some areas of growth that are offsetting some of the overall decreases. JaxPort saw an increase in demand for paper products and steady demand from ports in Puerto Rico in recent weeks.