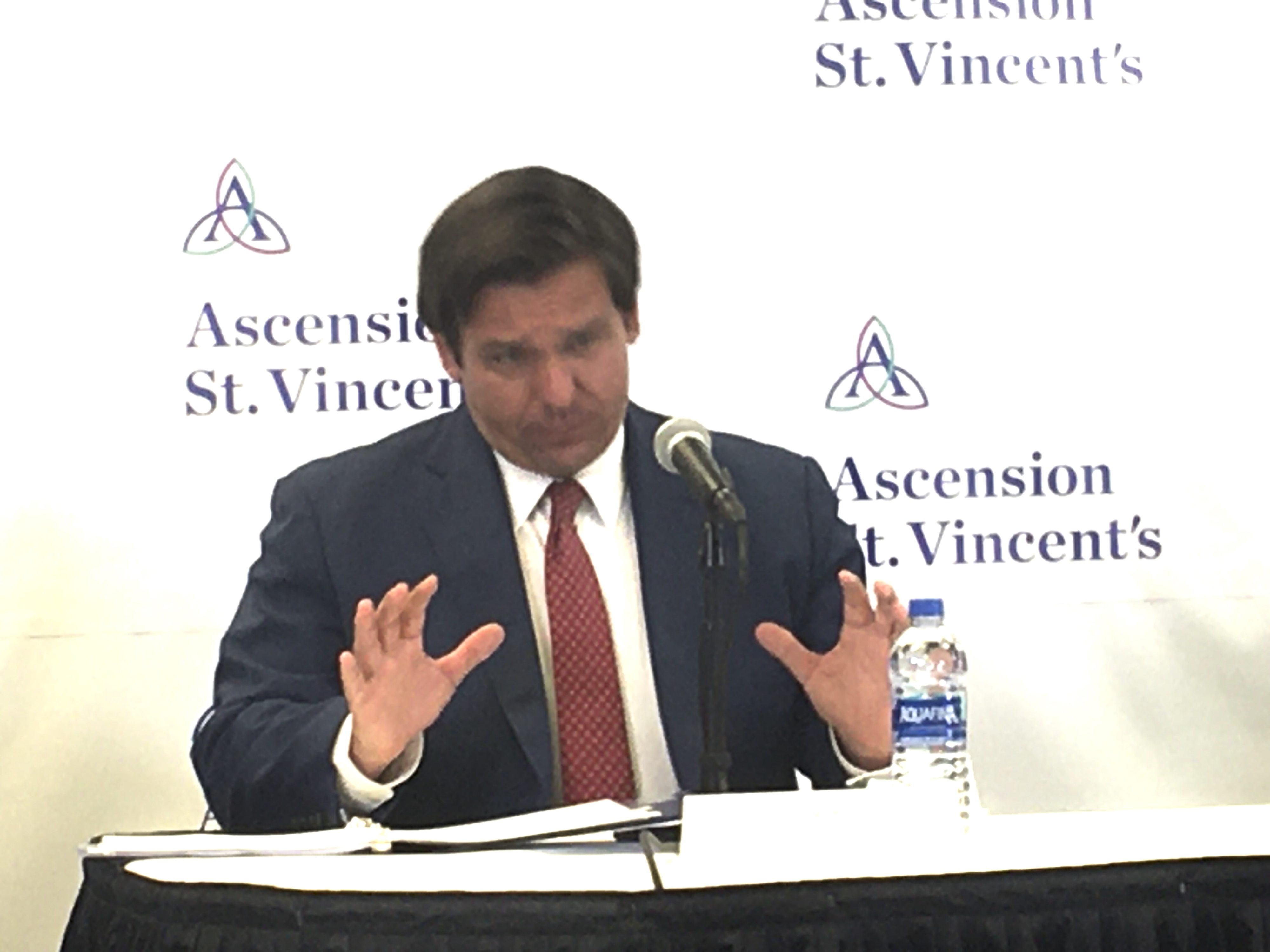 More economic freedom will be unleashed.

Gov. Ron DeSantis had all but telegraphed his belief that Florida needed to move into Phase Two reopening Thursday in Doral, saying it “really isn’t that different from what Florida’s done already.”

He didn’t quite get there, choosing instead a “Full Phase One” that will include significant changes, including large venues reopening, which were not brought back as part of what the Governor called “an initial Phase One.”

Full Phase One means more vigorous staff testing for long-term care facilities will be a must, the Governor said, including antibody testing.

Restaurants will be expanded to 50% capacity, effective Monday, with spacing or partitions used to enforce a “low-risk environment.”

Retail will also be at 50%, “very important for small mom and pop retailers.”

Museums and libraries also will be at 50%. Gyms and fitness centers as well.

The Governor also said he wanted to get “sports back up and running,” codifying opening venues for “games, events, competition, and training.”

DeSantis noted that WWE and UFC will be back, and invited “teams in other states” to play at “some of the universities.”

The event, tailored to the Jacksonville market, offered similar reassurances as elsewhere from local leaders and medical professionals to the Governor and his plan to reopen the state ahead of his actual announcement.

Mayor Lenny Curry had said days before the city was becoming “restless” and was ready to move to Phase Two reopening.

“Northeast Florida’s done a real fantastic job,” the Governor said, in terms of flattening the curve and moving toward reopening the state.

Curry in turn lauded DeSantis for “model” collaboration between the state and his city.

The Governor referred to “frenzy” driving people from not getting medical attention, decrying that deferral as “bringing huge risks to your health and welfare.”

Doctors at Ascension St. Vincent’s, in Jacksonville’s Riverside neighborhood, assured the Governor that the hospital could handle a second wave should it manifest in this reopening period.