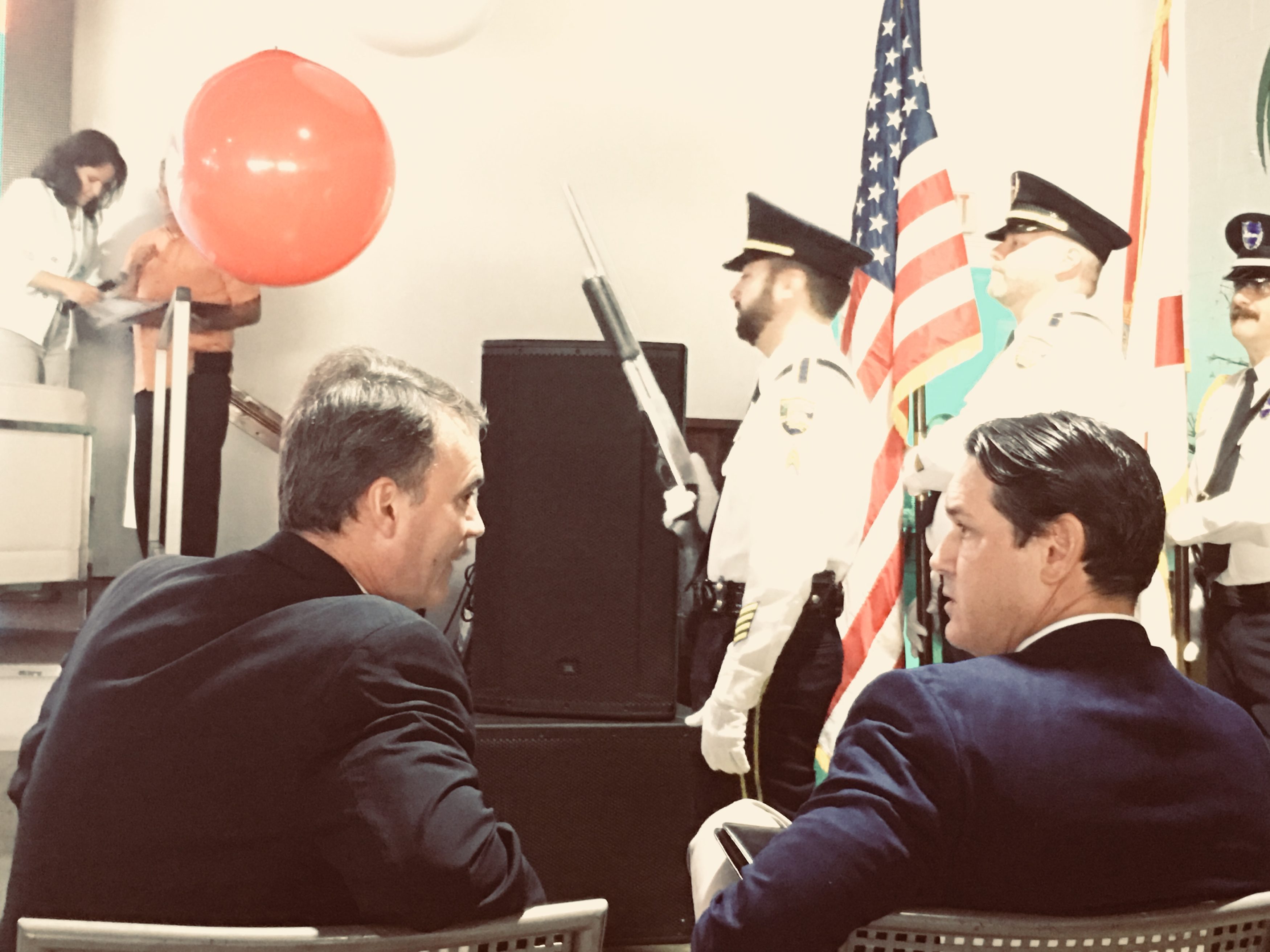 Despite having some of the safest districts imaginable, Northeast Florida Republicans in the House will face Democratic ballot opposition.

As the News Service of Florida first reported, three more Democrats have signed on to longshot bids.

In House District 12, realtor Spyros Chialtas will square up against Rep. Clay Yarborough, a second-term Republican who represented the same area in eight years on the Jacksonville City Council.

Chialtas’ nickname is “Speed,” and he will need that and more to compete with Yarborough, an inveterate grassroots campaigner who has deepened establishment ties since his 2016 bid, where he wasn’t the first choice of Adams Street or Downtown Jacksonville.

“At age 7 I began using the nickname Speed after my favorite cartoon, Speed Racer. I spent 12 years in the U.S. Army and Army Reserves where my nickname changed temporarily to Sgt. Speed,” Chialtas noted on his realtor site.

Yarborough, according to NSF, has raised $106,000 for his reelection. Chialtas’ next move may need to be expeditious fundraising.

The district has a Republican plurality, with 45,000+ Republicans compared to 35,000+ Democrats and more than 27,000 with no party affiliation.

In House District 15, meanwhile, there could be a Democratic primary for the right to face monied, connected Republican incumbent Wyman Duggan.

Democrat Jay McGovern joins already-filed Tammyette Thomas, and the two will face off in the August primary.

McGovern, as the Daytona Beach News-Journal noted, ran for Congress from a Daytona-centric district. Despite running out of area, he got nearly 20% in a primary determining the right to lose by 15 to then U.S. Rep. Ron DeSantis.

Duggan, who told us his focus is on helping constituents deal with the collapsed unemployment system, has more than $100,000 banked. But in 2018, he narrowly won a race where candidates spent more than $1 million.

Democrats are tantalized by the district’s slight plurality for their side, but the money is mostly in Ortega and Avondale, neighborhoods that punch above their weight historically in terms of political influence.

Compounding the problem for Democrats, as they found in 2018, was a disconnect in certain precincts, which underperformed despite a candidate with a deep marketing budget.

Down in St. Johns County’s House District 17, Democrat Dave Rogers is taking his shot against incumbent Republican Rep. Cyndi Stevenson. Stevenson has the political experience, having served on the St. Johns County Commission. And she has the bankroll: over $83,000 in hard money so far, per NSF.

Rogers, for his part, is better at social media. But whether that can make a difference in a staunchly Republican district remains to be seen.

Hicks trumpeted raising more than $6,000 in early fundraising, but Republicans are still chortling over a since-deleted tweet, where FDP Chair Terrie Rizzo welcomed Hicks to the race, namedropping St. Johns County to the south of the district.

Byrd can only hope that Democrats send targeted mail for his race down there. In 2018, he won by more than a 2-1 margin.

In HD 16, Ben Marcus is the latest to gun for Rep. Jason Fischer, who was reelected by double digits in 2018.

Marcus has blasted Fischer on social media for his establishment ties, and Fischer, as was the case in 2016 and 2018, continues to fundraise and expects to win.

If there is a Blue Wave in 2020, with Democratic nominee Joe Biden driving turnout, these Democrats will be poised to capitalize.

Both Republicans and Democrats expect that competitive races will drive turnout for their respective sides.

nextJapan plunges into recession as US states start opening up