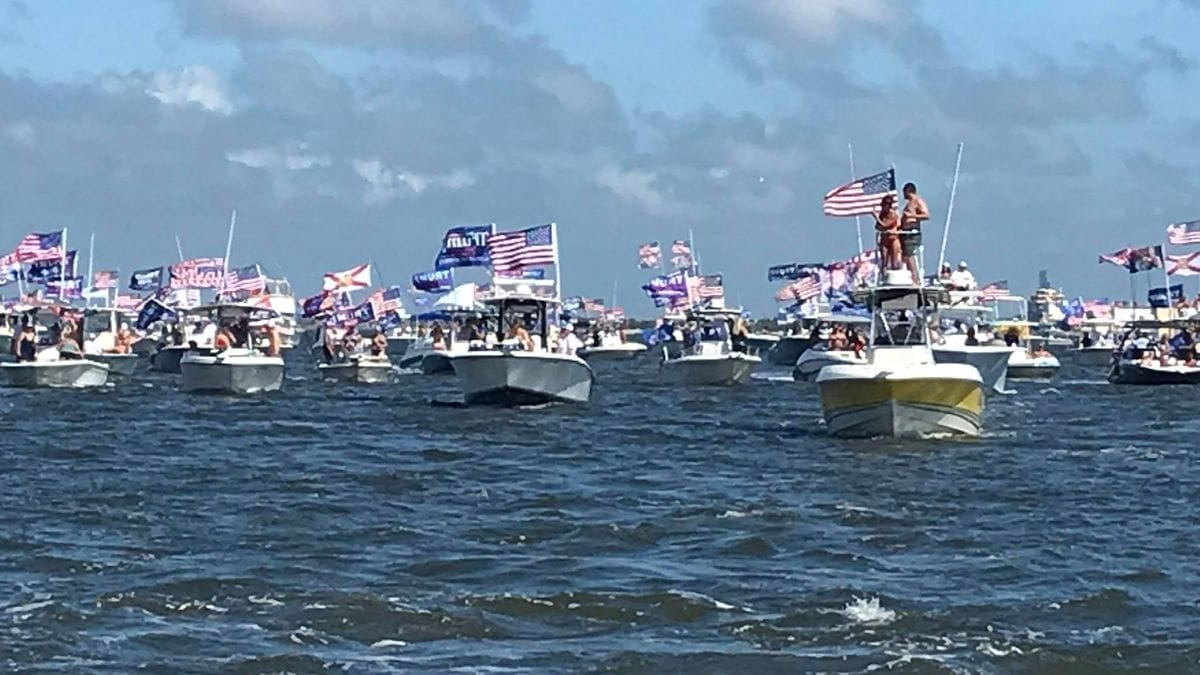 An armada of Northeast Florida boaters took to the waters this past weekend to show support for the President and the boats were barely back at the docks before the event became a partisan talking point.

“Pretty darn proud of my wife @EstherByrd19 today! When she decides we should have a Trump Boat Rally, THIS is what happens,” the state Representative tweeted, including pictures of dozens of boats speeding through water.

The event was, by any measure, a success, in that President Donald Trump tweeted a thank you.

Despite presidential plaudits, the narrative soured with old adversaries from the media and the opposition party raining on the boat parade.

The Republican Party of Duval County engaged on social media over the weekend, decrying a piece from WJXT-TV as “fake news.”

The seeming omission: pictures that did not show the full breadth of the flotilla.

WJXT got off the naughty list by including video provided by event organizers, but not before the local party tried to blow up the issue, tagging Florida GOP chairman Joe Gruters and others.

However, local Democrats running for state House seats said the event had a different connotation.

“It’s painfully insulting to working class ppl that still haven’t received their unemployment checks, meanwhile a republican Florida State Rep is riding the waves with others in boats and mini yachts in support of 45. I wonder how many groceries that gas $ cld pay for.”

Also fired up was Ben Marcus, the likely Democratic nominee in November against Republican Rep. Jason Fischer in House District 16.

“#RememberinNovember, folks. @FLGOPMajority legislators are floating down the river in yachts refusing to go back to Tally to fix unemployment while Floridians go homeless,” Marcus tweeted this weekend. “#thisisntagame #thisiswhatacowardlookslike.”

“Rep. Byrd – Organizing a group of wealthy people to flex their privilege while your constituents have lost their jobs, their healthcare, and are still waiting on stimulus checks and unemployment from a broken website is not something most normal people would be “proud” of,” the message read.

previousGas prices bounce, go up for first time in 10 weeks