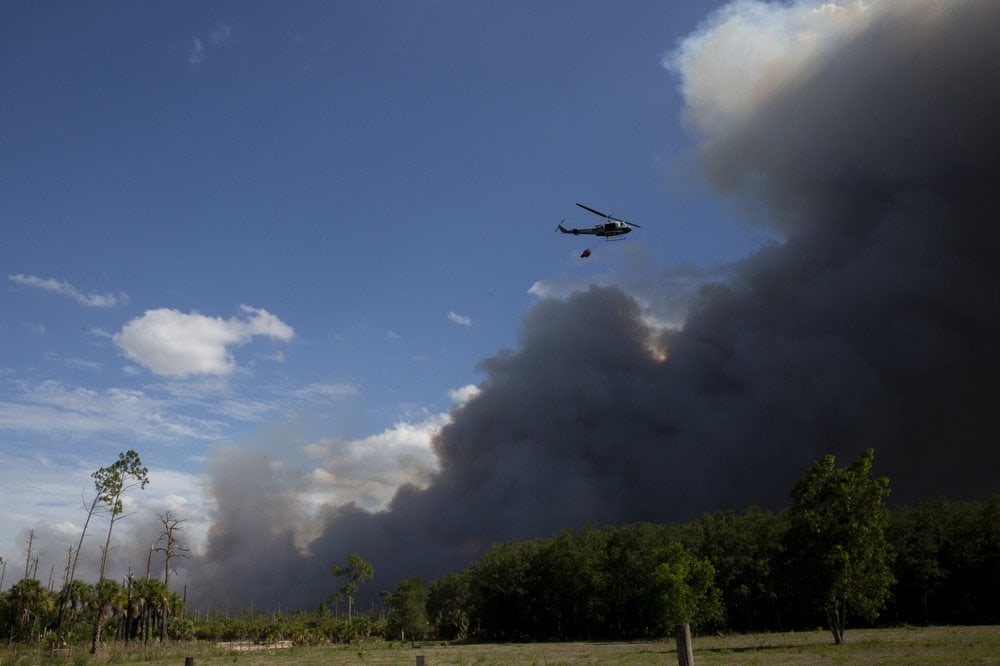 The fire is half contained, but danger still lurks.

At least 12 homes are lost and 33 are damaged in the Collier County Wildfire, an increase from a previous report Saturday.

As of Monday afternoon, the fire remains at 8,663 acres and is 50% contained, officials announced at a press conference.

“When we say that the fire is 50% contained, there is still a significant amount of work that needs to be done to improve these lines and to ensure that they are actually safe and we can really call them contained,” said Sean Allen, district manager of the Caloosahatchee forestry center.

“There’s still going to be a lot of operations and a lot of moving pieces,” Allen told residents.

Weather conditions, which have fueled the fire in recent days, are expected to shift in favor of the fire crews later this week toward higher humidity and a slim chance of rain, officials said.

“By no means does that does mean we need to let our guard down,” Allen said. “Chances for rains are staying kind of low and the potential for fires are still extreme at this time.”

Fire crews have worked around the clock since Wednesday to battle the blaze coined the 36th Ave Fire.

As of Sunday, more than 146 fire personnel from across the state had been deployed to combat the blaze including several aircraft and helicopters.

Agriculture Commissioner Nikki Fried urged area residents to remain on their toes and listen to authorities for warnings.

“If you think you are going to defend your home with a fire hose from your lawn, you are gravely mistaken,” Moody said. “Your life is much more important than that of your house.”

She also urged Floridians to be mindful of dry conditions across the state, particularly in central and south Florida.

“While we all are doing the rain dance on a pretty frequent basis, this is not the time for anybody in the state of Florida to be taking their guards down,” Fried said.

There are 86 active wildfires consuming over 14,533 acres across the state as of Monday.