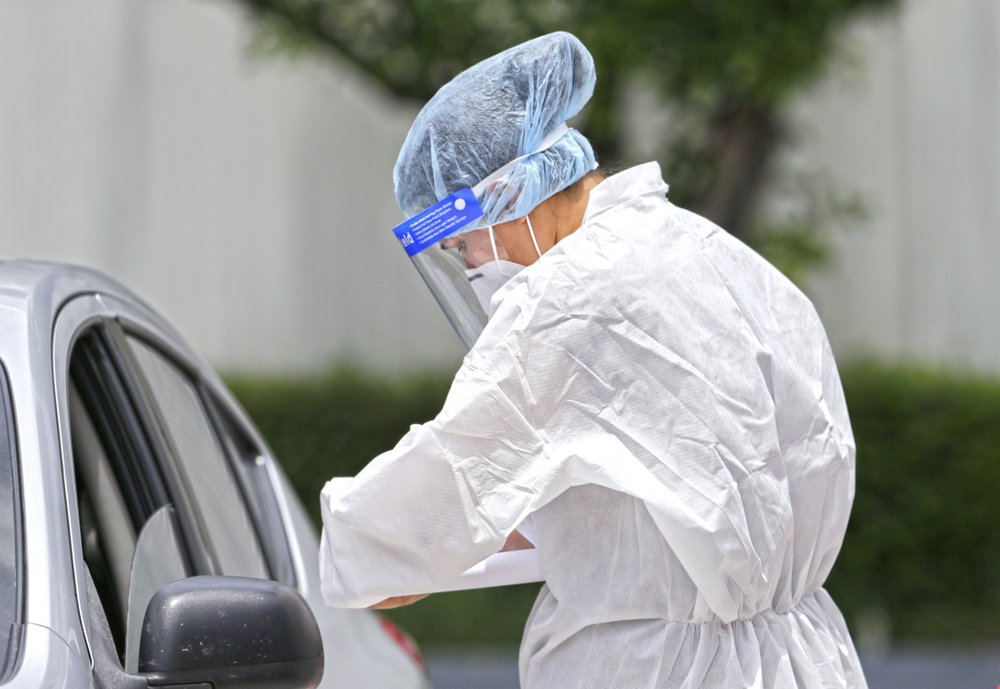 "If refusing to mislead the public during a health crisis is insubordination then I will wear that badge with honor.”

The woman who raised questions about Florida’s COVID-19 data after being ousted as the data’s curator had been reprimanded several times and ultimately fired for violating Health Department policy by making public remarks about the information, state records show.

Rebekah Jones’ comments over the past week and a half in emails to researchers, interviews with a handful of media outlets and blog posts have sought to sow doubt about the credibility of the data now that she is no longer in that role.

State health officials strenuously deny any issue with the information’s accuracy as Gov. Ron DeSantis seeks to make a data-driven case for a step-by-step reopening of the state’s battered economy following safer-at-home orders. The Republican governor lashed out at a news conference earlier this week saying Jones had a pattern of “insubordination” and should have been fired months ago.

Jones has not alleged any tampering with data on deaths, hospital symptom surveillance, hospitalizations for COVID-19, numbers of new confirmed cases, or overall testing rates — core elements of any assessment of the outbreak and of federal criteria for reopening. And Jones acknowledges Florida has been relatively transparent — for which she herself claims some credit — and relatively successful in controlling the pandemic.

She has, however, suggested Health Department managers wanted her to manipulate information to paint a rosier picture and that she pushed back. In an interview late Friday on CNN she finally cited some detail, after several days of vague statements.

This was not a behind-the-scenes change. DeSantis announced it at an April 24 news conference, arguing it was the better figure for assessing trends in testing and control of the outbreak.

Jones also said she opposed how health officials decided to exempt rural counties below 75,000 population from more stringent criteria for reopening — such as showing a downward trajectory of new cases or case positivity in the past 14 days. However, federal guidelines allow states to compute criteria at the state level or to tailor a regional approach that takes into account the severity of the outbreak in regions. Florida’s small rural counties have had fewer cases and deaths — 21 of them have had no deaths. In such counties, a favorable 14-day trend could easily be upended by a small — but containable — spike in cases.

In the CNN interview, Jones was asked whether she was removed because of an attitude problem.

“Somewhat, yes, if refusing to mislead the public during a health crisis is insubordination then I will wear that badge with honor,” Jones answered.

Jones was told to resign or be fired last Monday and her last workday was Thursday, after a pattern of overstepping her duties as data manager. The final straw came May 15, when she vented in emails to researchers and other data recipients that she’d been reassigned, suggesting they should now doubt the data’s integrity.

Documents obtained by The Associated Press show a supervisor warned Jones on April 9 after she posted a message on a newspaper Facebook page about the dashboard. She was told she needs approval before publicly discussing the work. Less than two weeks later, she was warned again when a mapping company’s online magazine published an extensive interview with Jones. Her supervisor later found a public blog in which Jones discussed the dashboard, released unauthorized charts and added “political commentary” in posts that appear to have been taken down.

The supervisor, Craig Curry, detailed each incident in an email to the department’s human resources office on May 6 and was told he could begin the process of firing her. But in that same email, Curry also praised Jones, saying she did “fantastic work.”

With expertise in geography and tropical storms, Jones, 30, also has cited her dismay over Health Department officials taking down a category field in line data for individual COVID-19 cases — but says all data was restored later unaltered.

Deputy Secretary for Health Dr. Shamarial Roberson said that Jones’s pushback was over the “EventDate” category, which is when a patient reports first remembering having possible symptoms and is separate from when the illness is confirmed.

“Event date is not the important field,” Roberson said. “A case is deemed when you have that laboratory result as positive.”

Jones has not responded to requests from The Associated Press for comment.

nextJudge rules against Florida on felons paying fines to vote