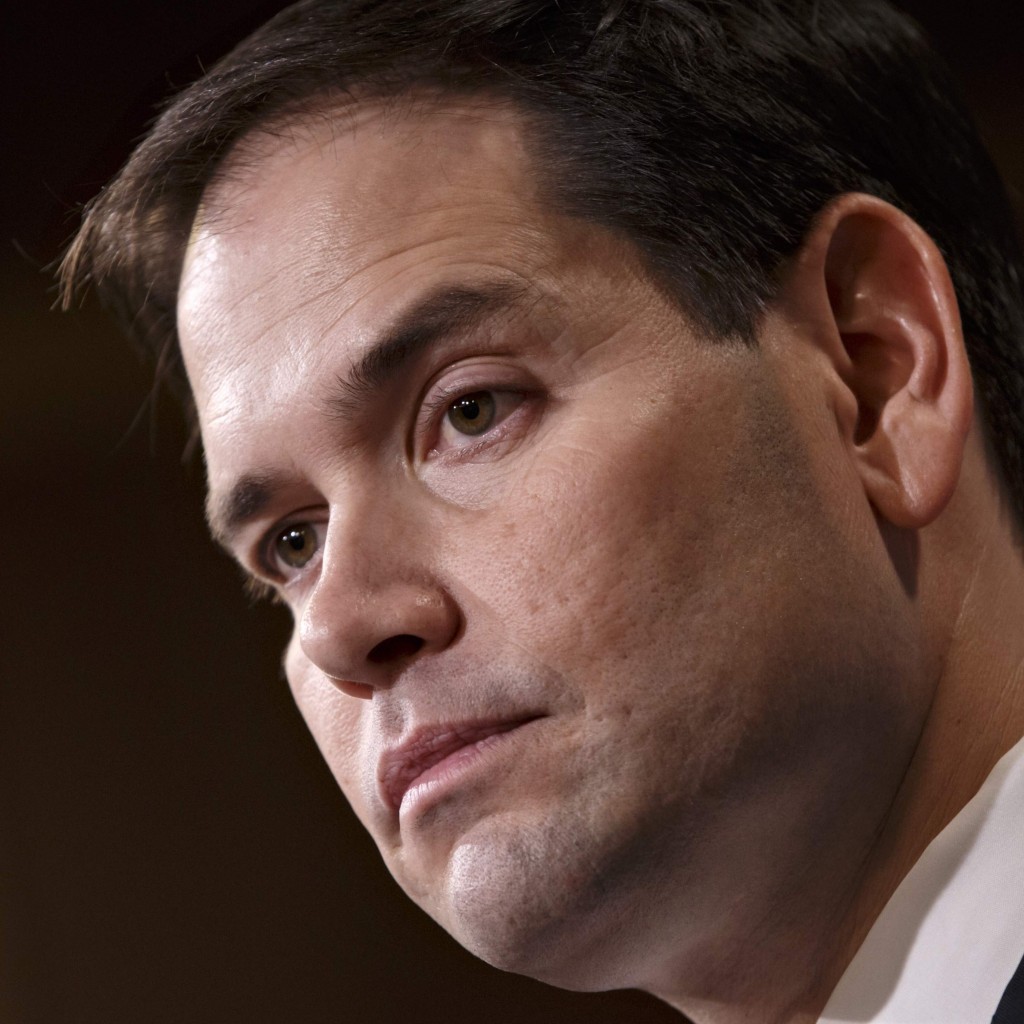 Marco Rubio said Wednesday he believes he can win the next presidential election, offering an unusually aggressive assessment of his chances while dismissing concerns they’re threatened by potential rival and his political mentor, former Florida Gov. Jeb Bush.

In an interview with The Associated Press, the 43-year-old first-term senator said he had yet to make a final decision about whether to seek re-election to the Senate or run for president in 2016, but he spoke more confidently about making a bid for the White House than he has in the past.

“I believe that if I decide to run for president, we have a path to be a very competitive candidate, and ultimately to win,” Rubio said.

“I can’t guarantee a victory. Certainly these races will be very competitive, and there’s factors outside of our control that will determine a lot of it,” he said. “But if we made the decision to run for president, I believe that we can put together the organization and raise the money necessary to win.”

Should he run for president, Rubio reiterated Wednesday, he’ll do so at the expense of seeking re-election to the Senate.

Should Rubio get into the race, he’ll join a field expected to include several high-profile Republicans, including Kentucky Sen. Rand Paul and Texas Sen. Ted Cruz. His greatest potential challenge, however, may come from Bush, who last month announced plans to actively consider a presidential run and has spent recent weeks laying the groundwork for a national campaign.

“We have a lot of talented people in the Republican Party,” Rubio said of Bush, who served as Florida’s governor while Rubio was rising in state politics. “Jeb is one of them. But there are others, too.”

Rubio has become one of the GOP’s more aggressive voices on international affairs during his four years in the Senate. The senator also occupies a unique place in the Republican political spectrum, having championed the Senate’s unsuccessful push for immigration reform in 2013 in addition to carving out more traditionally conservative positions on cultural issues, health care and international affairs.

Rubio is set to appear in a series of interviews next week to promote his new book, and will follow with a more comprehensive book tour during the Senate’s February recess. In the book to be released next week, Rubio confronts his immigration critics while refusing to apologize for pushing for a comprehensive approach that included a pathway to citizenship for immigrants in the country illegally.

“When people hear that we have over 12 million people here illegally, they feel as if we are being taken advantage of,” Rubio writes in “American Dreams: Restoring Economic Opportunity for Everyone.” ”They see how hard it is to find and keep a steady and well-paying job, and they worry that more people will mean more competition for already scarce work.

“That’s not nativism,” Rubio continues, referencing a preference by some people for native-born residents over immigrants. “That’s human nature.”

Rubio’s comments on “nativism” counter what President Barack Obama told The Economist in an interview published last August criticizing Republicans’ opposition to immigration changes. The GOP, Obama told the magazine, “knows we need immigration reform, knows that it would actually be good for its long-term prospects, but is captive to the nativist elements in its party.”

While Rubio criticizes “detractors” in his own party who argue against any update to the nation’s immigration laws, he again says in the book that he now favors the one-piece-at-a-time approach supported by some conservatives.

In the Wednesday interview, Rubio said he was more interested in fixing the “broken” immigration system than the politics of the debate.

“I ran for office to identify problems and try to solve them,” he said. “Now, we tried to solve them last year through a comprehensive bill. And it’s clear that that approach won’t work.”