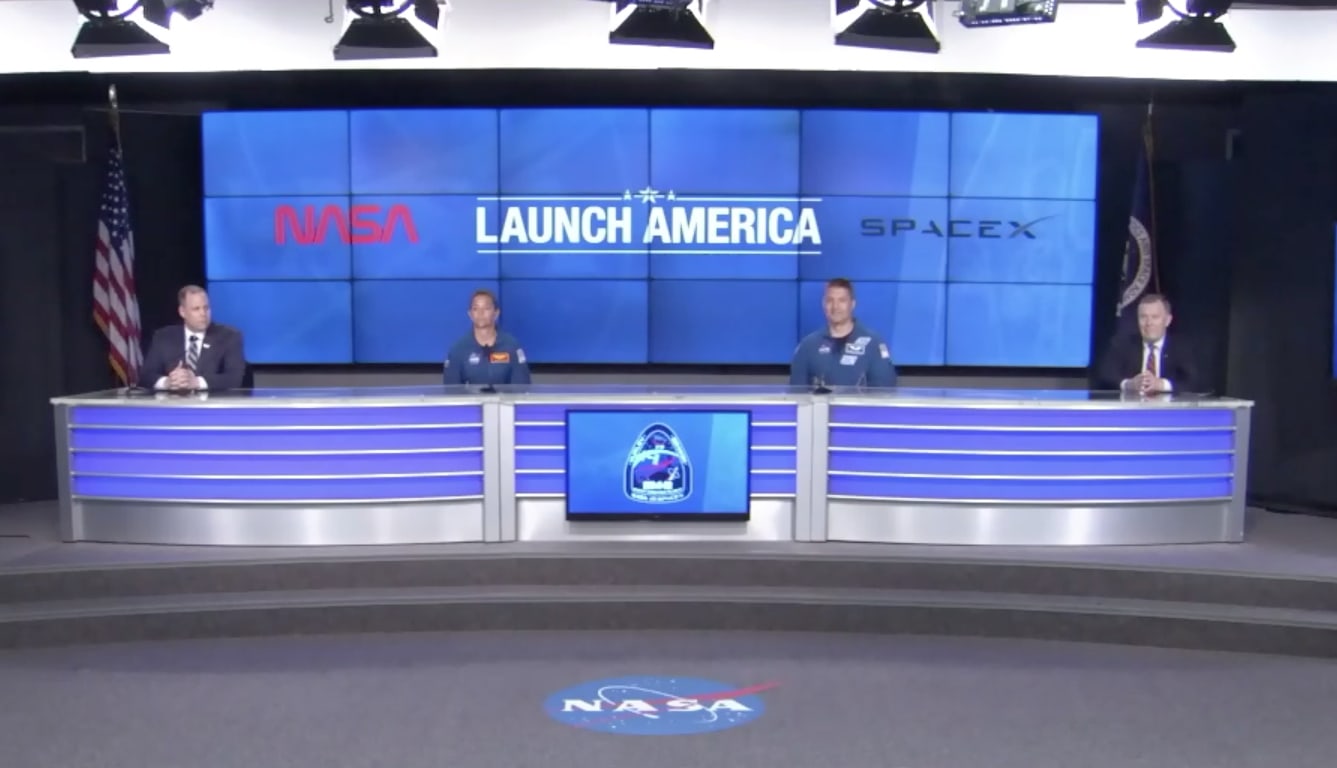 NASA, SpaceX and frustrated Americans are hoping for good weather.

NASA, SpaceX, Florida, and much of the country are eagerly watching the weather improve at Cape Canaveral as the space agency and rocket company prepare to launch a new era of space exploration Wednesday.

At a briefing Tuesday, officials said the troublesome weather along Florida’s Atlantic coast had improved and now offered a 60% forecast of being good enough to launch Wednesday afternoon, and there were no technical issues being evaluated as possible problems.

“As of right now, we are go for launch,” NASA Administrator Jim Bridenstine said.

The launch is scheduled for 4:33 p.m. Wednesday, from Launch Complex 39-A at Kennedy Space Center. Should weather scrub the launch attempt, the next window is Saturday.

Weather permitting, and with no technical issues arising — SpaceX’s launch director will have the final say. The SpaceX Falcon 9 rocket will blast off carrying a SpaceX Crew Dragon capsule with NASA astronauts Doug Hurley and Bob Behnken.

It would be the first time American astronauts have gone into space on an American rocket from American soil since July 8, 2011.

It would also be the first time astronauts of any background will go into orbital space on a private rocket.

It would be the launch of a new era, in which NASA and America turn they keys to space flight over to private companies, beginning with SpaceX, but soon to include Boeing, and shortly thereafter other companies, with American space dreams now pointing to a bustling commercial economy in lower Earth orbit, a permanent station on the moon, and trips to Mars.

“This is not just about one launch, right?” said NASA Astronaut Nicole Mann. “I mean this is ‘Launch America.’  It’s not ‘Launch NASA,’ it is Launch America. It’s huge.”

And it would come as America and the world struggle with the health horrors and economic calamity of the coronavirus outbreak.

“All America can take a moment and look at our country do something stunning again,” Bridenstine said.

The launch will occur from a pad SpaceX leases from NASA, one that originated Apollo flights to the moon and more than half of the space shuttle launches before that program was shut down in 2011.

This is officially a test, titled the DEMO-2 launch for SpaceX. The Crew Dragon will take Hurley and Behnken to the International Space Station.

Should all go well, the first official launch of astronauts to the International Space Station will take place August 30, also on a SpaceX rocket.

Boeing also is under contract with NASA to provide private astronaut flights to the space station. But Boeing’s December test launch, without astronauts, went awry, and the next attempt has not been scheduled.

Bridenstine, a former Republican congressman and former Navy aviator who was President Donald Trump‘s pick for NASA administrator, was asked if his effusive praise for the President’s leadership of NASA meant that he was downplaying contributions from previous administrations. That included President George W. Bush, who began NASA’s commercial space programs, and President Barack Obama, who launched the commercial crew program.

Absolutely not, Bridenstine said. He then praised both former presidents and the previous NASA administrators, particularly his predecessor, Obama’s NASA Administrator Charlie Bolden, for laying the groundwork. But Bridenstine added that he believes Trump has been a “massive space advocate” and delivered what was necessary to get the program operational.

He also urged people to put politics aside, and said he believes this launch in particular can do so.

“This space program that we have in this country unites people,” period. It always has,” Bridenstie said.