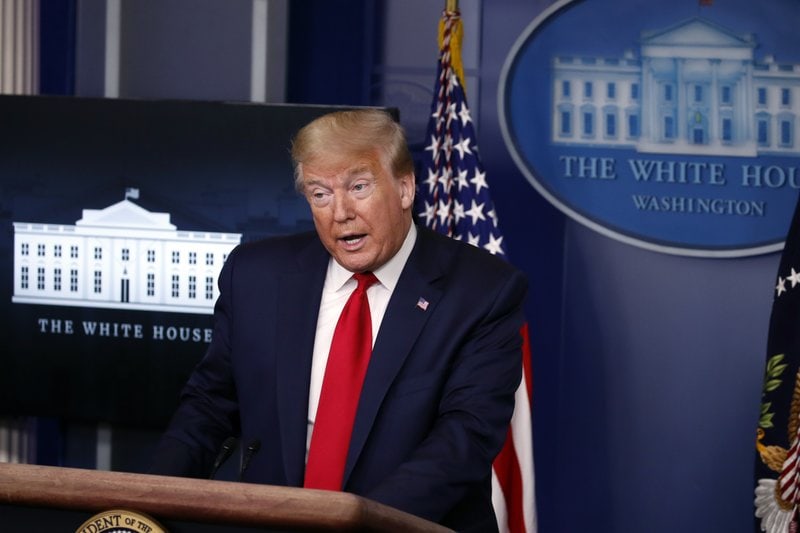 Even local Republicans note Trump doesn’t have the power to unilaterally move the event.

President Donald Trump’s demand for a full-capacity Republican convention in August is putting pressure on North Carolina health officials — and local Republicans — as coronavirus cases surge in the host county and statewide.

Democratic Gov. Roy Cooper’s administration has refused to give in, though, responding with a letter demanding a written safety plan from organizers of the Republican National Convention, slated for August in Charlotte. Even local Republican officials note that Trump doesn’t have the power to unilaterally move the event scheduled to start in 90 days after two years of planning.

Asked about Trump’s tweets threatening to move the convention, Cooper said Tuesday he’s “not surprised at anything that happens on Twitter,” without mentioning the president by name. He said discussions with RNC organizers are continuing.

“We have asked them to present a plan on paper to us laying out the various options that we’ve already discussed,” Cooper said. “They know we’re talking about a time that’s three months from now, so we have to have options regarding how this convention is going to be run depending on where we are with the virus in August.”

State Health and Human Services Secretary Mandy Cohen’s letter signed Monday asks Republican convention organizers for a written COVID-19 safety plan “as soon as possible,” noting that Cohen and Cooper discussed various scenarios with GOP officials by phone Friday. She wrote that it’s important to plan for multiple options because the “status of COVID-19 infections in our state and in the Charlotte area continues to rapidly evolve.”

By Tuesday, Mecklenburg County had at least 3,400 COVID-19 cases — more than twice the next-highest county — and 73 deaths, also the most in the state, according to state health officials. A third of the cases were tallied in the past two weeks. County officials said hospitalized patients with COVID-19 dropped from more than 100 in April to 75 by Monday.

Statewide, there were 24,000 cases as part of an upward trend that included 1,100 new cases Saturday, the state’s largest daily increase yet. Nearly 800 people have died, according to data from Johns Hopkins University, giving the state the 21st highest death count.

“He has to work with us. Every state we talk to says we want to nominate the president here, but this governor is up for re-election and hasn’t given us the reassurances we need,” she said.

Republican governors in Georgia and Florida say they would welcome the convention if North Carolina falls through.

But Charlotte-area Republicans noted the RNC would have to break its contract to relocate.

“I don’t know exactly what legal authority the president has over the party and therefore, whether he is in a position to give them an order to seek the cancellation of the contract,” City Councilman Ed Driggs, a Republican, said by phone. “He’s not a party to the contract himself.”

Sarah Reidy-Jones, vice chair of the Mecklenburg County Republican Party, said in an interview that she believes the convention will remain in Charlotte because of all the logistics already settled during two years of planning.

“I’m not so concerned about the tweet. He doesn’t have the authority to change the convention,” she said.

She said that although she “doesn’t envy” Cooper on his decision-making, she also doesn’t want friction over the convention to become a rallying cry for Democratic donors. Cooper, who was narrowly elected in 2016, faces a challenge from Republican Lt. Gov. Dan Forest this year.

Driggs said he’s heard mixed feelings from constituents about holding a convention — scaled back or not — during the pandemic.

“There’s a full spread of opinion,” Driggs said. “So I get e-mails saying, ‘call it off, call it off,’ and I get others from my own supporters saying ‘stand firm, stand tall.’”

Mike Mulligan, a 66-year-old registered Charlotte Republican, said he agrees with Trump that North Carolina should hold a full convention or risk losing it to another state. Mulligan, who retired from the financial services industry, said he would be comfortable with attending convention events even though, at his age, he’s in a high-risk group. He said he thinks a full convention can proceed if attendees are screened for symptoms.

“The economy can’t withstand losing the RNC,” he said. “With proper screening, I think they can pull this off.”