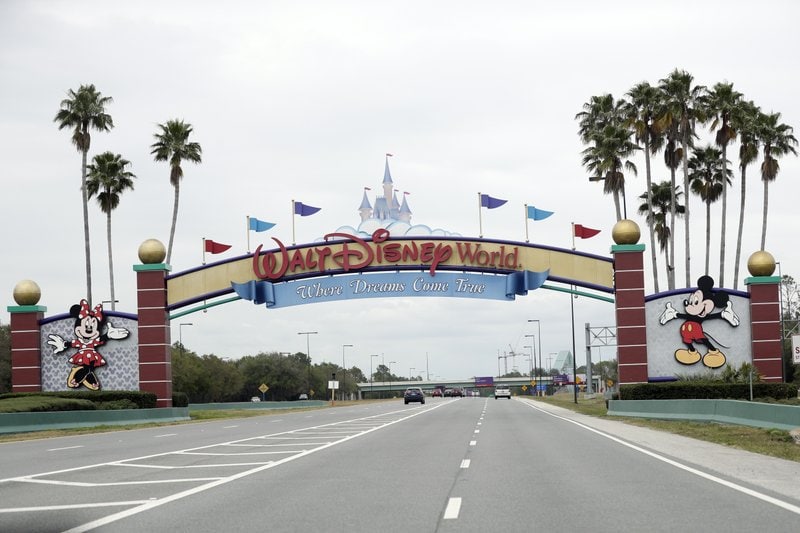 SeaWorld plans to open in mid-June.

Disney presented the plans on Wednesday to Orange County Mayor Jerry Demings‘ Economic Recovery Task Force, which then voted to endorse them.

SeaWorld also offered its plans, projecting a more immediate reopening at the main theme park and its Discovery Cove and Aquatica water parks, “as soon as June 1o,” according to its written request. The task force also voted to endorse SeaWorld’s plan.

Orlando’s other major tourist attraction, Universal Orlando, intends to reopen its theme parks, Universal Studios Orlando, and Islands of Adventure, to the general public on June 5. Universal submitted its plans to the task force last Friday, and the task force endorsed those as well.

All three shut down their parks in mid-March due to the coronavirus crisis.

Gov. Ron DeSantis instructed Florida’s theme parks to develop plans for reopening and have them endorsed by local officials before sending them to him for final approval.

Like Universal, Disney and SeaWorld both are going to insist that guests wear masks, though SeaWorld is limiting the requirement to guests above the age of 2.

Also, Disney and SeaWorld will require all visitors to be screened for temperature at the gates, just like Universal.

Employees at all three parks also are being required to wear masks and have their temperatures checked.

As with Universal, Disney and SeaWorld emphasized they will encourage physical distancing and enhanced sanitation throughout the parks.

Unlike Universal, neither Disney nor SeaWorld committed to all-virtual lines including at rides, emphasizing, instead, efforts to create physical distancing at all locations in their resorts.

Disney suspended all parade, fireworks shows, and other events that create crowds.

SeaWorld also committed to COVID-19 health training for employees. Other changes include disposable menus, elimination of much of the buffet-style food service, queue markings in retail shops, and restrictions on tours and animal viewing areas.

“On behalf of our 77,000 cast members in Central Florida, we want to commend your successful efforts to unite our community and guide us through the unprecedented challenge,” Walt Disney World Resort President Jeff Vahle stated in a cover letter to Demings.. “Central Florida has never faced a crisis of this magnitude, but thanks to your leadership, our region rallied behind you and set a shining example of collaboration and civic responsibility.”

SeaWorld Parks & Entertainment’s Interim Chief Executive Officer Marc Swanson indicated its plans were built on the company’s existing practices and follow “CDC guidelines, the advice of medical an health consultants, as well as our own health and safety professionals.”