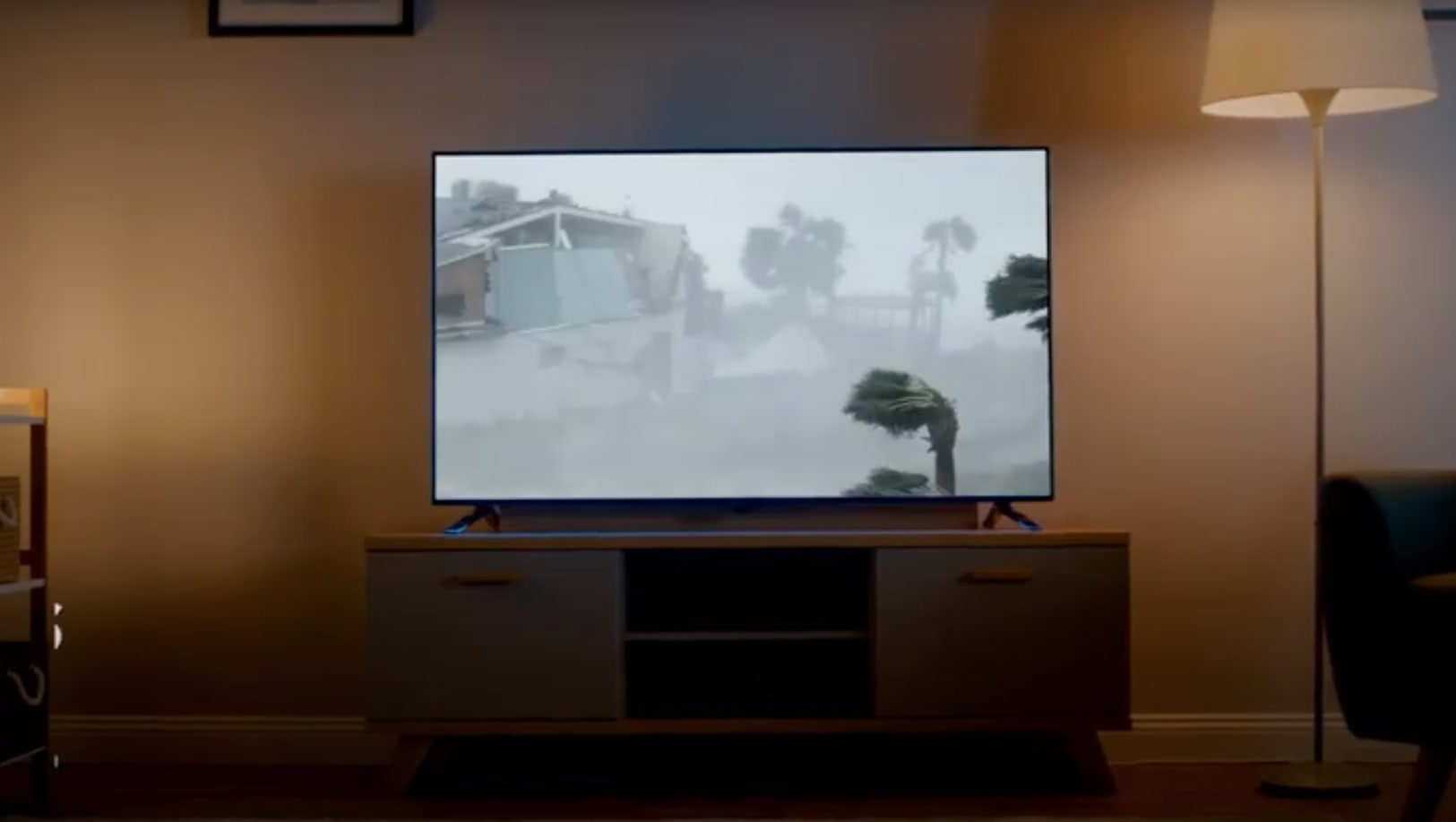 Trump, the ads argue, has called both hoaxes.

The climate change crisis — particularly its increased threat of dangerous hurricanes — and the coronavirus crisis are about to be simultaneous risks in Florida with the opening of hurricane season Monday.

That point is being driven home with a new round of digital and direct-mail ads being launched in Florida to attack President Donald Trump on those issues, under a jointly-financed political campaign.

LCV Victory Fund and Priorities USA Action released several digital ads and a campaign mailer for Florida Thursday, charging Trump with calling both crises hoaxes and treating them as such, while the Sunshine State lays at the mercy of COVID-19 and hurricanes, which conceivably could be simultaneous problems this summer.

The package, part of a previously announced $14 million advertising campaign, will run the 30-second, 15-second, and six-second videos on social media, in tailored form, in Florida, Arizona, Michigan, North Carolina, Pennsylvania, and Michigan.

Florida’s ads will run in English and Spanish to a target cohort of more than 365,000 total swing voters. Latino voters make up 40% of the universe, according to a news release from LCV Victory Fund, affiliated with the League of Conservation Voters and Priorities USA, a major Democratic political action committee.

“Floridians know first-hand how Donald Trump’s record on climate is not only self-serving, it’s reckless and dangerous,” Priorities USA Executive Director Patrick McHugh stated in the release. “Voters deserve to hear the truth about the existential threat that four more years of Trump represents.”

Trump Victory Spokesperson Emma Vaughn responded by pointing out that fact-checkers have confirmed that Trump never called the coronavirus pandemic a hoax, and that economic breakouts show the “Green Deal” favored by the Democratic Party’s progressive wing could devastate Florida’s economy.

“Democrats are spending millions of dollars to misinform voters in the Sunshine State,” Vaughn stated. “In reality, Floridians are concerned with Joe Biden’s Green New Deal which would cost each Florida household $73,000 in its first year alone and would kill hundreds of thousands of jobs across the Sunshine State.”

The ads are mostly about climate change and other environmental issues, charging Trump with denying the science behind climate change and refusing to address its growing impact. The ads also discuss his efforts to put industry lobbyists in charge of America’s environmental protection, and to reduce regulations on releasing toxic industrial and agricultural wastes.

For Florida’s sake, much of the video imagery shows the ravages of hurricanes.

“Donald Trump won’t listen to experts, and puts us at risk time after time. First he denied climate change, ignoring 97% of climate scientists, even the military,” a narrator declares in the 30-second spot called “Risk.”

“Now it’s a pattern on coronavirus,” the narrator continues, bringing in the new crisis. “For months he refused to listen to warnings from medical experts on the threat of coronavirus. Climate change and coronavirus; Donald Trump’s denial is a painful reality for Florida families.”

There was no immediate response Thursday morning from the Trump campaign.