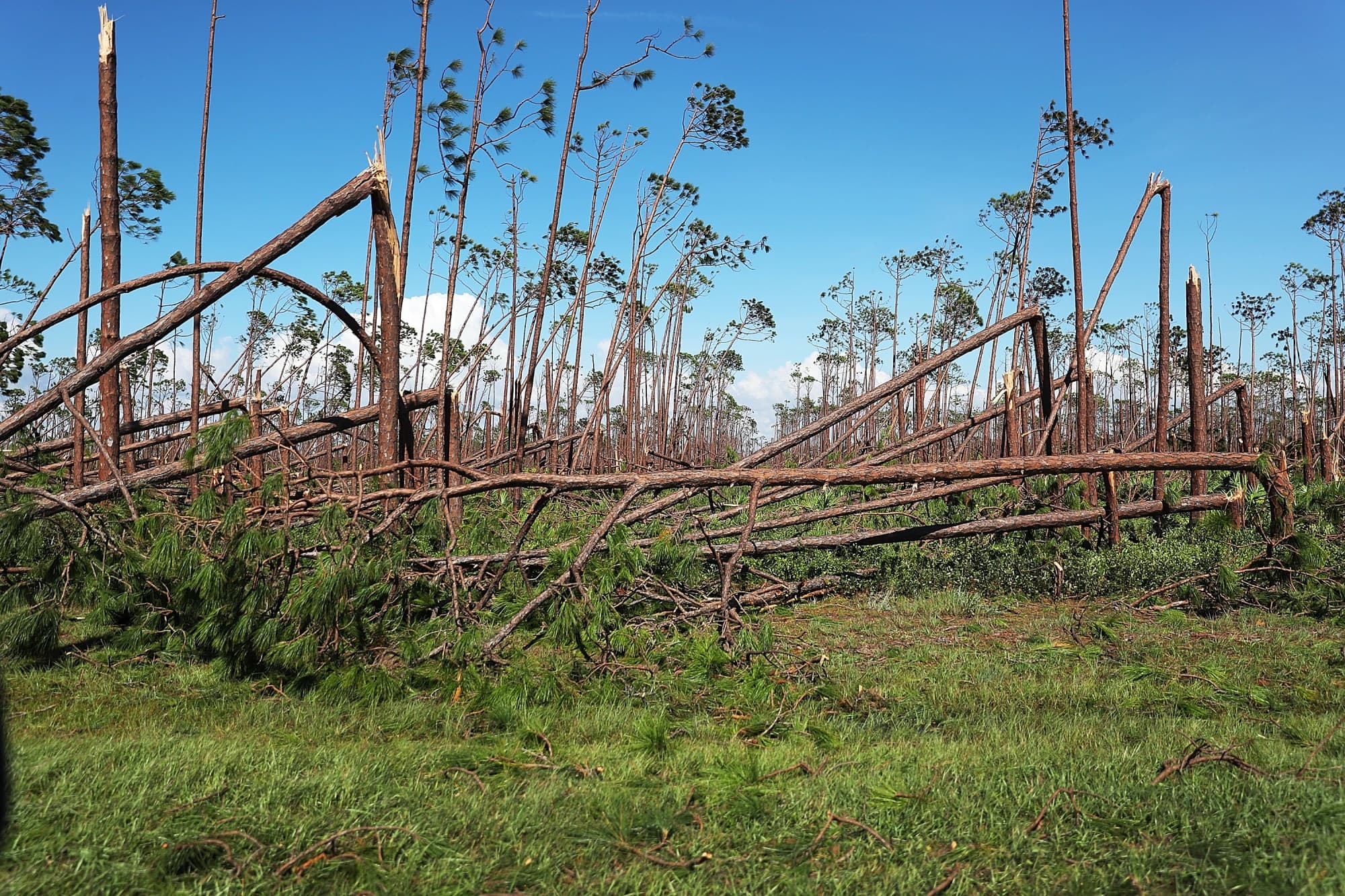 The devastation of Hurricane Michael has also caused more than 4,000 acres of wildfires. Image via Getty.

The U.S. Department of Agriculture grant was initially announced in November 2019, making Florida the first-ever to receive a state timber grant from the USDA.

Fried credited the Florida Forest Service as an “integral” asset in the negation agreement.

“The signing of this agreement has been long-awaited and is a positive step forward for Florida’s timber producers,” Fried said. “We worked closely with the USDA for nearly a year to secure this relief for our timber industry, which has continued to show extraordinary resilience through wildfires, drought, and other challenges. With this agreement signed, our Florida Forest Service will be working with timber producers to get checks in hand and trees in the ground and help Florida’s farmers repair and rebuild irrigation infrastructure. Thank you to Secretary Perdue for helping put Florida’s $25 billion timber industry first.”

The agreement will allow the Florida Forest Service to work with landowners, famers and timber producers in the affected areas to survey and inspect damages and losses.

The FDACS encouraged all timber farmers to begin collecting evidence for submission for application to USDA Emergency Forest Restoration Program. Funds are expected to be distributed in Fall.

“Florida’s forests support thousands of jobs and are critical to the Florida Panhandle’s economy and ecology,” said Erin Albury, state forester and director of the Florida Forest Service. “We will work closely with our state’s Panhandle timber producers and forest landowners to help deliver the assistance for which they’ve waited for nearly two years.”