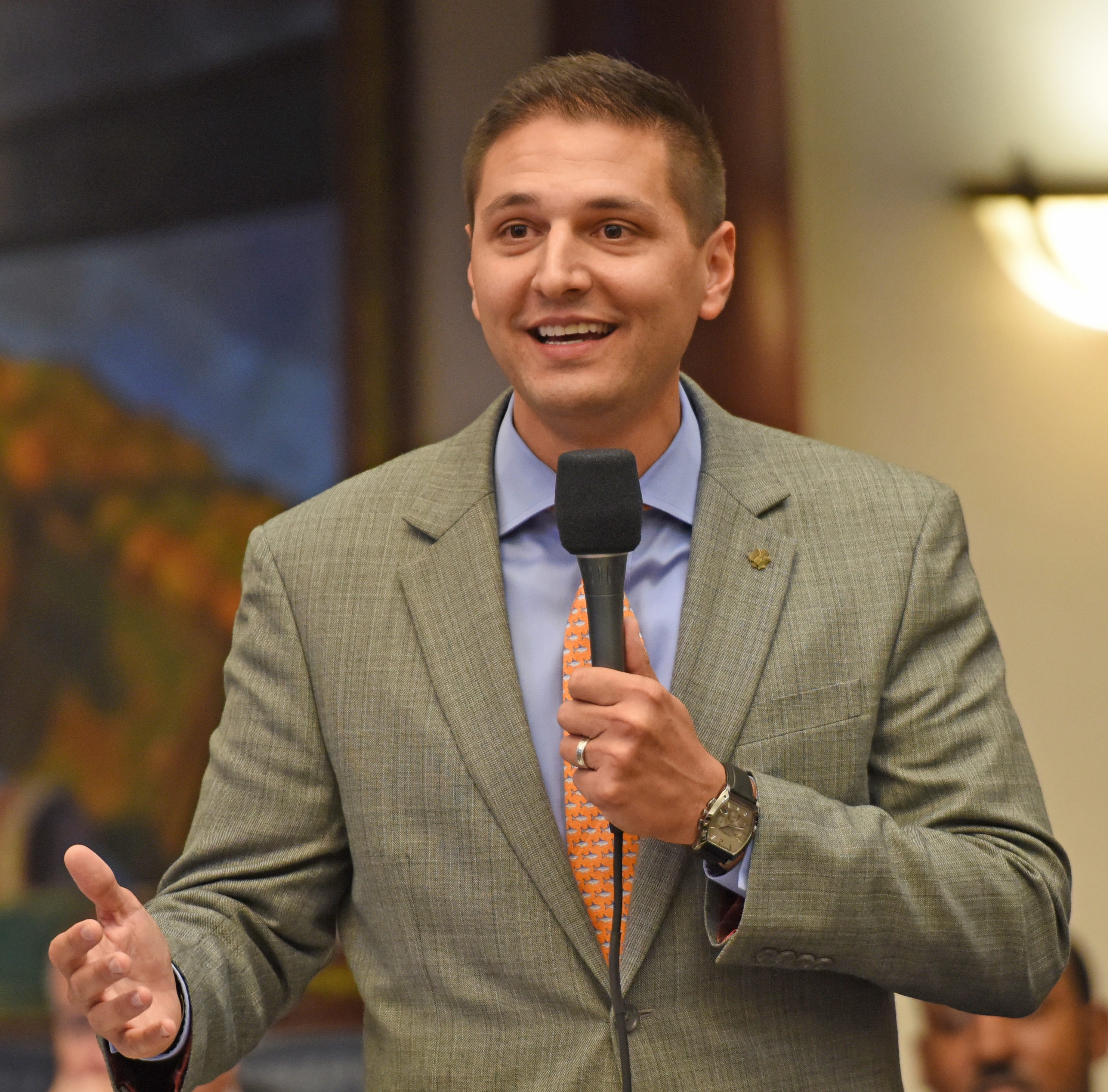 Danny Burgess is stepping down as Executive Director of the Department of Veterans’ Affairs. In his resignation letter, he makes clear his intention to run for Florida Senate.

“I will remain an advocate for veterans — from the battlefield, to their homecoming and beyond,” Burgess wrote in a resignation letter to Gov. Ron DeSantis.

“At this time, I believe I can best continue to serve my country, my state, and my brothers and sisters in arms as a member of the Florida Senate.”

The letter serves as a two-and-a-half week notice to the administration.

“It is with a heavy heart filled with gratitude that I submit my resignation as Executive Director of the Florida Department of Veterans’ Affairs, effective June 18, 2020,” Burgess wrote.

“My gratitude begins with the men and women who wear the uniform. They are the best of us and deserve the best from us. In that regard and so many others, they get that every day from you and your administration.”

“I received a resignation letter from @DannyBurgessFL from the directorship of @FLVetsAffairs today,” Patronis tweeted. “Danny is an amazing public servant, I’m a believer that he will have a bright future because of this servants heart that he has. To Danny, I encourage, #RunDannyRun!”

DeSantis tapped Burgess to run Veterans Affairs in December 2018, a position that earns the Executive Director $151,000 per year, shortly after his own election. The Florida Cabinet confirmed him unanimously a month later.

Burgess, a Zephyrhills Republican, previously won election to the Florida House for three terms, starting in 2014. He won election to a third term in 2018 with 66% of the vote over Democrat David Hayes before resigning his seat to join the administration.

A Captain and a Judge Advocate in the Army Reserve, Burgess came on board promising to push for a number of veteran priorities addressing homelessness and occupational licensing for former members of the military. Prior to his House stint, he was briefly the Mayor of Zephyrhills.

Rep. Jamie Grant had been rumored as a contender but has said he won’t run if Burgess does.

On Monday, Wesley Chapel Democrat Kathy Lewis, who lost by 7 percentage points to Lee in 2018, opened a campaign account for the District 20 seat.