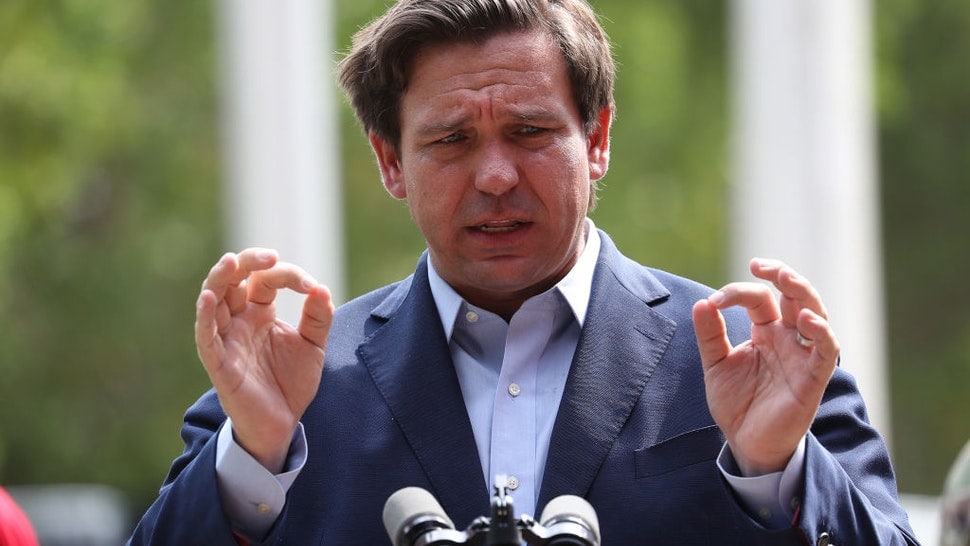 Gov. Ron DeSantis on Monday broke his silence on the death of George Floyd.

“Florida has zero tolerance for violence, rioting and looting,” DeSantis said in a prepared statement. “George Floyd’s murder was appalling, and the Minnesota perpetrators need to be brought to justice, but this cannot be used as a pretext for violence in our Florida communities.”

Protests erupted across the country last week and into the weekend over the death of Floyd, a black man who died after he was pinned at the neck by a white Minneapolis police officer. Many of those protests turned violent, with rioters looting and setting fires.

But the Governor remained quiet even as the sometimes violent protests roiled the country, including parts of Florida.

On Sunday, the Governor’s spokesperson told Florida Politics that the Governor had activated nearly 700 members of the Florida National Guard on Saturday. In Tampa, 100 guardsmen were deployed Sunday afternoon after Mayor Jane Castor requested assistance enforcing the curfew there.

“We will continue to do everything necessary to keep residents safe,” he said.

Protests in Miami, Tampa and elsewhere across the state turned to looting and vandalism. In Tampa, 41 people were arrested as about 40 businesses were burglarized and looted, Police Chief Brian Dugan said.

The news release and tweet came after President Donald Trump spoke to Governors on a video teleconference with law enforcement and national security officials Monday, telling the local leaders they “have to get much tougher” amid nationwide protests and criticizing their responses.

“Most of you are weak,” Trump said. “You have to arrest people.”

The President urged the Governors to deploy the National Guard, which he credited for helping calm the situation Sunday night in Minneapolis.

Florida has zero tolerance for violence, rioting & looting. George Floyd’s murder was appalling & the MN perpetrators need to be brought to justice, but this cannot be used as a pretext for violence in our communities.

I thank local leaders for their efforts to keep FL safe. pic.twitter.com/tQmFoKgFT2

previousDonald Trump declares himself 'President of law and order'