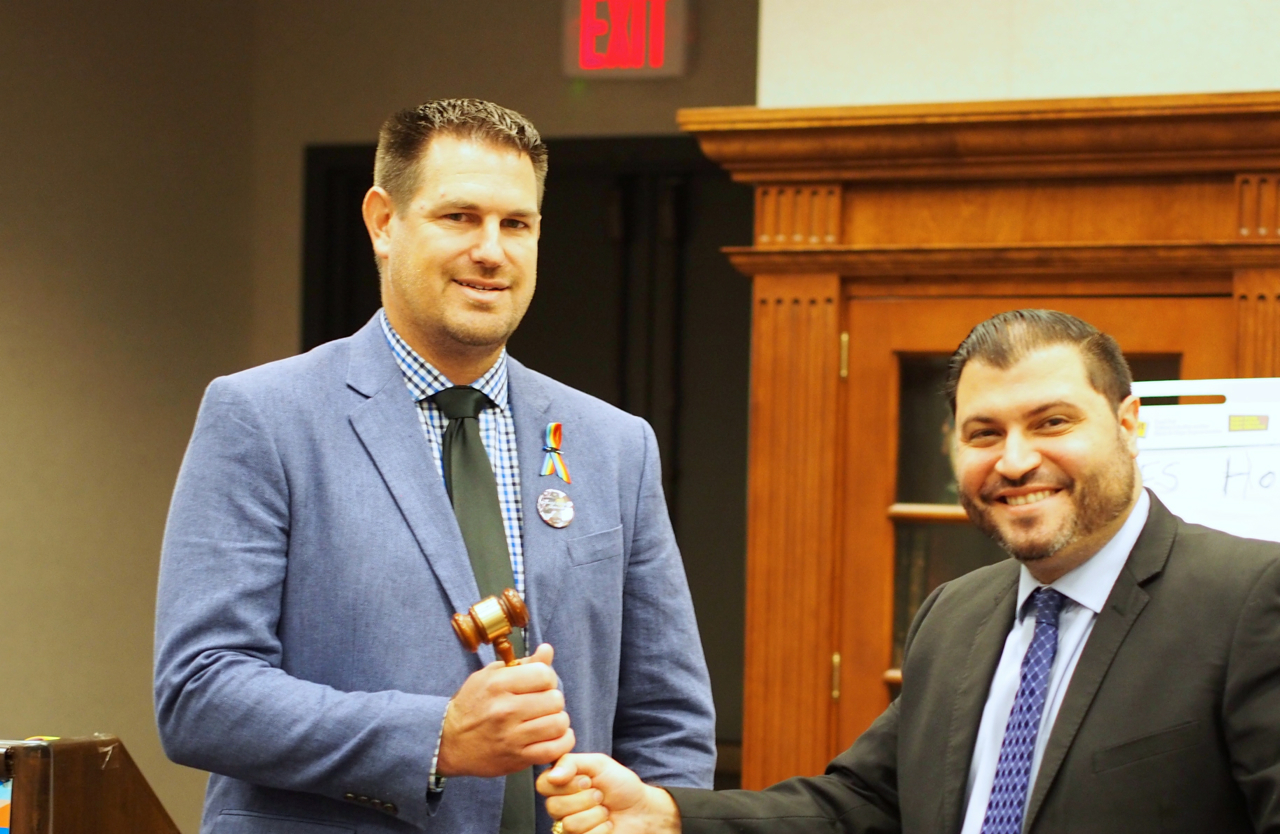 Orange County Democratic Party Chair Wes Hodge is drawing strong reactions for a Facebook exchange he had with a prominent Central Florida Republican over whether it is OK for demonstrators to resort to vandalism.

“If it takes a little broken glass to prevent another black man from losing his life, then break the damn glass,” Hodge replied to Randy Ross Tuesday. “Glass can be replaced.”

Orange County Republicans, including Ross, are calling Hodge out Wednesday, accusing him of advocating lawlessness and violence.

Hodge is standing by, although clarifying, his declaration. He insisted he does not and has not advocated any violence against people, or looting. But he said the notion that protests need to be entirely peaceful mischaracterizes both the protests’ underlying anger and frustration, and the history of civil unrest being a real agent for real change.

Hodge’s Facebook comments came prior to yet another Orlando demonstration Tuesday night that resulted in protesters hurling rocks, bottles, and at least one brick at police, who responded with tear gas, according to Orlando Police Chief Orlando Rolon. Protesters had gathered at Orlando City Hall to express anguish over the death of George Floyd under the knees of Minneapolis police last week, and to demand meaningful changes in criminal justice. Hodge did not attend the Orlando protest.

And his response comments came before Rolon and Orlando Mayor Buddy Dyer, during a Wednesday afternoon news conference, called for peaceful protests and and decried the violence experienced Tuesday night.

“The sentiment of, ‘Peaceful and calm is good’ is very frustrating because no major Civil Rights advances have happened without some civil unrest,” Hodge said. “I think that we’ve reached the point where, rightfully so, the community, is asking, when is this going to be enough to bring real changes? George Floyd is just the most recent name, and probably not the last name, in a long line of unarmed black men killed by the police. And when is it going to be enough?

“If it takes a broken piece of glass to save a black man’s life, then so be it,” Hodge added. “You know, LGBT rights were started by a riot in Stonewall. Women got the right to vote by marching and protesting 100 years ago. This is not anything new for our country.”

Republicans, including Orange County Republican Chair Charles Hart, charged Hodge Wednesday with advocating that Orlando protesters follow the leads of those in New York and elsewhere, where broken windows lead to looting, fires, and violence against police and others.

Ross said he fears that when leaders like Hodge advocate vandalism that it can be taken by protesters as permission to escalate.

“I’m totally in support of the protests. I don’t think we should at all be suggesting any type of violence being OK. A little glass turns into a lot of glass. And before you know it you have a situation where things are out of control,” Ross said.

next'All in': Gov. Ron DeSantis ready for NBA at Disney