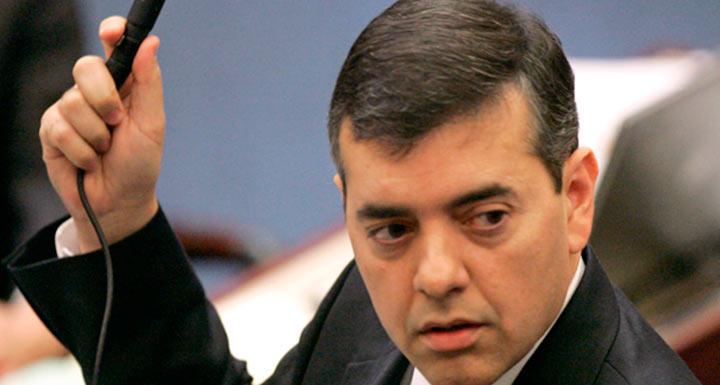 The group is pressuring Marco Rubio to open an investigation into his longtime ally.

The group also called out U.S. Sen. Marco Rubio, a longtime ally of Rivera’s who now serves as interim chair of the Senate Intelligence Committee.

Rivera’s firm, Interamerican Consulting, agreed to a $50 million deal with Petróleos de Venezuela, S.A. (PDVSA), an oil company that was then connected to the Nicolás Maduro regime.

A new digital ad goes after Rivera for that contract, noting his past friendship with Rubio.

“Why would Venezuelan dictator Nicolás Maduro agree to give corrupt politician David Rivera $50 million?” the ad asks. “Maybe because of his friends in high places,” it continues.

Concurrent with that question, the ad curiously highlights Rubio’s recent appointment as Senate Intelligence Committee chair. It should be noted Rubio was named to that role in mid-May, long after Rivera agreed to the contract.

The ad implies Maduro had motivation to hire Rivera given his access to Rubio. It’s unclear whether that was the true motivation behind the deal, but Rubio’s chairmanship was irrelevant at the time.

“Where there’s smoke, there’s fire,” the ad continues, again seeming to link the deal to a role Rubio did not have at the time. “Call on Congress to investigate,” the ad concludes.

Democrats are sure to jump at the chance to link Rivera’s deal to his long-time Republican allies.

Just this week, the Florida Democratic Party (FDP) dropped an ad attempting to connect GOP Senate candidate Ana Maria Rodriguez to Rivera. Rodriguez, however, does not have similar longstanding ties to Rodriguez as he does with Rubio, nor has Rivera’s firm donated to Rodriguez’ Senate campaign.

Republicans have constantly cried wolf when it comes to accusations that Democrats are “socialists.” Rodriguez herself did it just months ago, leveling the charge against one of her Democratic opponents, Rep. Javier Fernández.

Liberal groups now see a chance to harangue Republicans with the charge of hypocrisy, given Maduro’s socialist ideology.

Still, it’s unclear why Alianza for Progress is playing up Rubio’s chair role when that was not a factor at the time. Marcos Vilar, the group’s executive director, continued pushing the link in a separate statement paired with the ad.

It’s true Rubio carried weight in Washington when it came to foreign policy before last month’s appointment as chair. He did serve on the committee before being named chair. That alone may have served as motivation to woo Rivera.

Fernández added calls for Congress to look into the deal, singling out Rubio specifically.

“If I were Marco Rubio, I would be calling for an investigation immediately,” Fernández said.

“I think it’s absolutely essential given the size of the consulting contract. The amount for such a short duration of work is pretty astounding and warrants an investigation.”

Rivera did not register as a foreign agent during those dealings, which tasked him with winning favor with American officials on behalf of the oil company. It’s unclear whether his actions violated the Foreign Agents Registration Act.

The company sued Rivera in U.S. District Court for failing to perform under the contract. The company said it had paid Rivera’s firm $15 million of the $50 million contract.