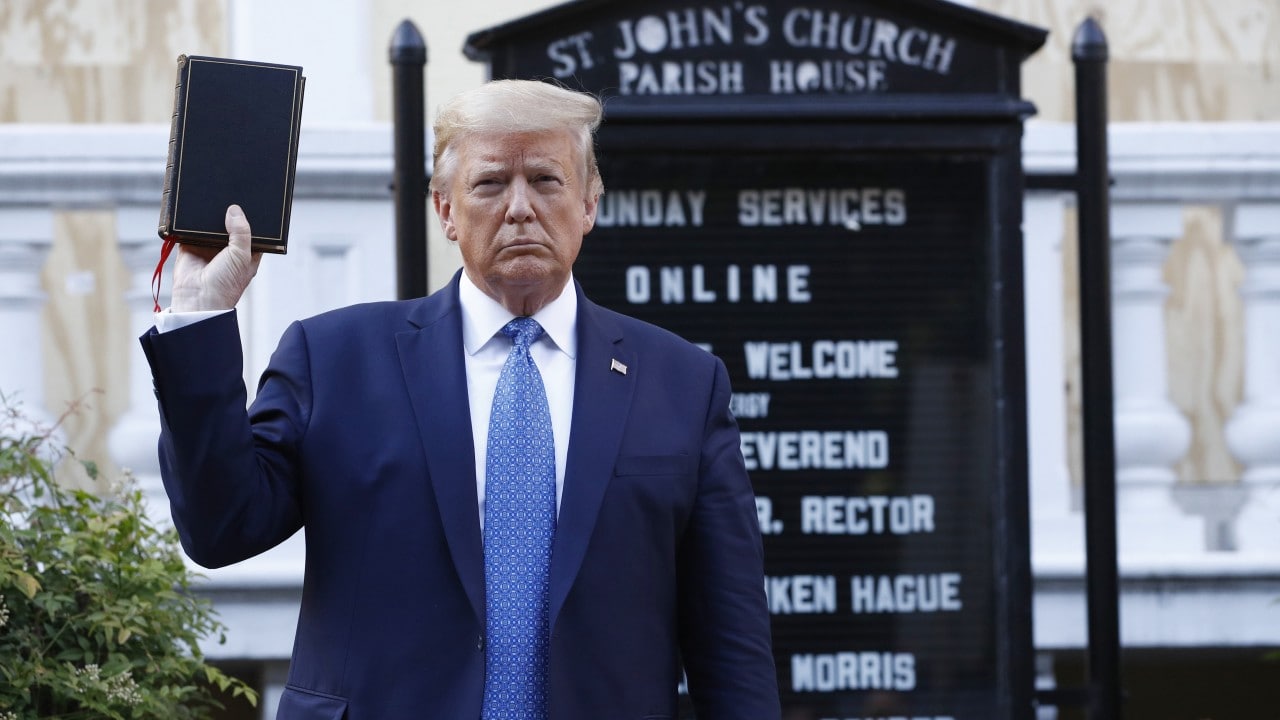 Sink called on evangelicals to wake up.

In the history of ill-advised presidential photo-ops, Donald Trump‘s Bible botch may have been the biggest blunder since “Mission Accomplished.”

The President, who waded across ground cleared by force to stand in front of a church he never attended holding someone else’s Good Book, used an iconic Episcopal Church for a “law and order” prop.

Trump has been roundly decried and barely defended since, but one of the more notable denunciations is from former state CFO Alex Sink.

“Of all the visuals of Donald Trump yesterday… from the Rose Garden, across Lafayette Park, to the front of St. John’s Episcopal Church, the most visceral reaction I personally had was watching him fumble with the Holy Bible,” Sink observed, describing a deep religious grounding in a church particular to this part of the country.

“That is because I am a child of a Southern Baptist Church, not missing Sunday School (think perfect attendance!) or Sunday church service until I was 18 and off to college. My beautiful mother was a church organist and choir director, my dad a Deacon,” Sink added.

“Just as I knew several years ago, when Trump referenced “Two” Corinthians, that he had no familiarity or real knowledge of the Scriptures, he proved it again yesterday when he didn’t even know how to hold that Bible. He is not a believer. This ‘photo op’ was worth a thousand words,” Sink added, issuing a challenge to religious supporters of Trump to “wake up.”

“So, my question to the evangelical supporters is, when are you going to acknowledge that this man is NOT one of you?”

Sink is not alone in her opinion. Leaders of D.C.’s Catholic and Episcopal churches spoke out against the President’s use of faith as a prop.

The question is, however, do Republicans care?

previousBarack Obama steps out as nation confronts confluence of crises

nextCinema chain AMC warns it might not survive pandemic