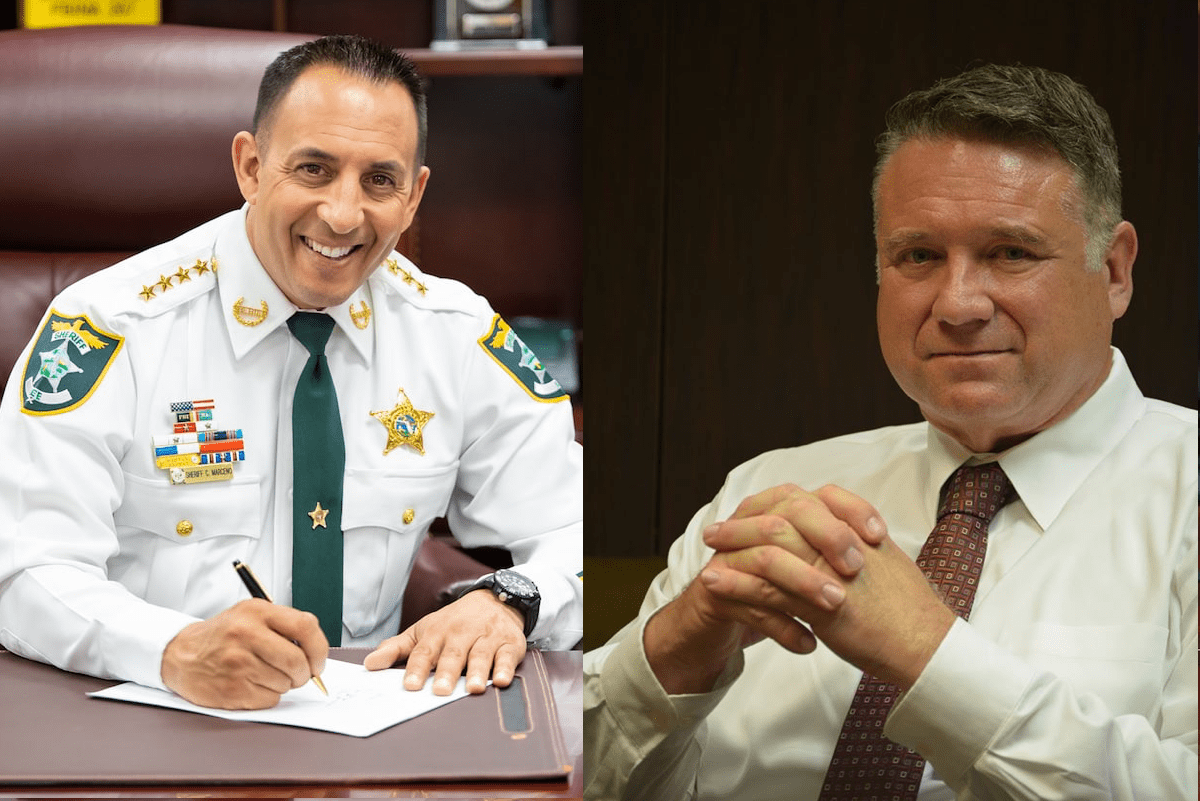 Marceno claimed a trip for a retirement party as a training expense.

Barrs was appointed Chief of the Florida Highway Patrol Office of Commercial Vehicle Enforcement in 2017 and retired in January. He has since joined HNTB as a senior program manager.

Marceno has defended using agency resources for the trip for himself and six members of his command staff. In a message on Facebook, he called Barrs a “true legend.”

“During his three decades in public service, Chief Barrs became a highly regarded law enforcement professional, earning the respect and admiration of sheriffs, troopers, deputies and police officers throughout the state,” Marceno wrote.

“Because of this great respect, law enforcement leaders and state and local elected officials also traveled to Tallahassee to attend his retirement ceremony. Chief Barrs has been a great ally to sheriff offices throughout the state, including Lee County, and has helped develop and maintain the positive and productive relationship we enjoy with the Florida Highway Patrol.”

But Dreikorn said his issue isn’t with Marceno making the trip to Tallahassee but for falsely classifying it as a training expense and for spending so much.

Expense request forms with the Lee County Sheriff’s Office show the trip listed as “career development” but list the only activity in Tallahassee as “FHP Retirement.”

“On a document provided in response to a Chapter 119 request, the event is described as a ‘retirement celebration,’ with no mention as it being a training course or as providing a career development benefit,” Dreikorn’s complaint reads. “The invite simply reads, ‘You are invited to the retirement celebration of Chief Derek D. Barrs.’ This was clearly a social function, not a training function.”

Especially concerning to Dreikorn, the retirement celebration lasted for two hours, from 3 to 5 p.m. on Jan. 7. But the Lee County deputies left early that day, stayed overnight in Tallahassee and didn’t return to Lee County until the following day. Marceno in particular left at 9 a.m. on Jan. 7 and returned at 2:30 p.m. on January 8, traveling on a chartered plane. The agency picked up hotel rooms for the deputies at $149 a room at the Double Tree Hotel Tallahassee, and covered the cost of four to five rooms. That’s on top of travel costs and rental cars in Tallahassee.

“I have no problem with the Sheriff going up there for a retirement party, but I have a problem with an entourage of seven people going overnight,” he said. “That’s around 16 hours per employee for a two-hour party.”

Dreikorn said the Sheriff’s Office should draw this type of funding out of discretionary fund for social events. But he said pulling funding from training budgets was inappropriate.

“Now some deputy is not going to get the training benefit of these training dollars,” he said. “In my mind that’s fraud.”

Tuition and travel expense reports show each individual on the trip reports between $460 and $520 in expenses.

Dreikorn is running for Lee County Commission in District 1, where he faces Sanibel Mayor Kevin Ruane for the open seat. Marceno is also running this year, and faces Jim Leavens in the Republican primary while independent Coach Ray has filed in the general election.

Dreikorn said he feels since the county commission approves the budget for the Sheriff’s Office, the board should question the expense. Filing a complaint with the Florida Commission on Ethics, he said, is an appropriate way to show how he would hold constitutional officers accountable for misspending.

previousFBI, DOJ will arrest and charge violent protesters 'whenever and wherever necessary'