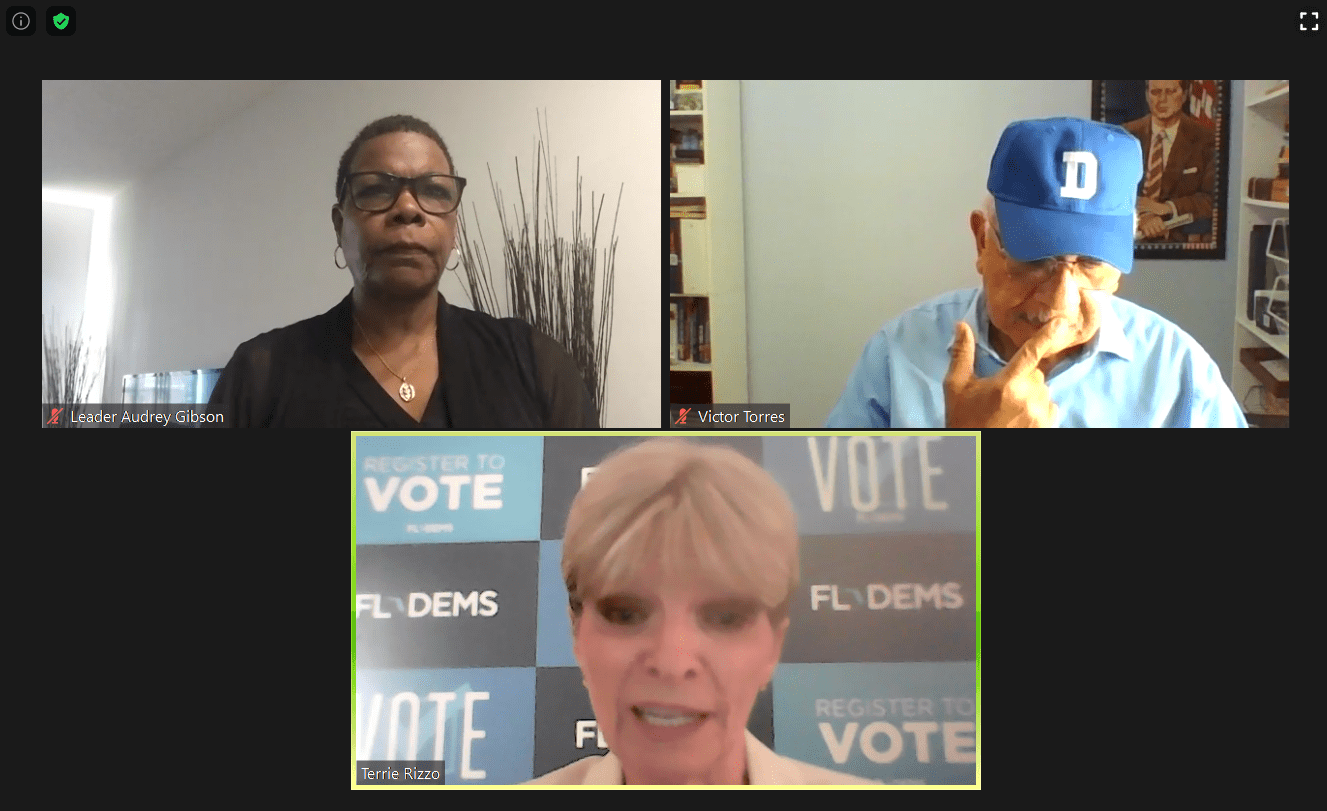 Rizzo noted unemployment is higher among Hispanics and African-Americans, blasting the President’s “failure” in implementing the Paycheck Protection Program.

The President needs to provide “real assistance,” Rizzo added, given the disproportionate impact of shutdowns on black and Latino businesses.

“Many Americans, particularly those in black and brown communities” are suffering unduly from the President’s “failed coronavirus response” and “a heap of broken promises.”

“There is a lack of modern infrastructure in our African American communities,” Gibson said.

She worries African American students may be subject to a new version of segregation as children whose parents have the resources to homeschool continue to do so.

“We could see a change where because people homeschooled their children toward the end of the school year, they may continue to do that.”

Gibson relayed those concerns about “more segregation” to Education Commissioner Richard Corcoran, “both in color and economically,” with white students able to opt out with a choice “less available to those in minority communities.”

Sen. Torres noted the need for a “living wage” and “lifting up the wages for the working class,” a position that Democratic Presidential presumptive nominee Joe Biden supports.

Torres also blasted the unemployment system, including requirements to search for work that prove challenging in a troubled, slow-to-recover job market.

Rodriguez, who criticized the unemployment system at a Senate hearing this week, noted the impact of the public health crisis on minority communities.

“The state of Florida has not done right by Floridians in general,” he said, “and anytime you have a crisis like this, it’s going to hit our communities especially hard.”

Some can’t go back to work. And others, the Senator said, are “being asked to go back to situations that may potentially put their health at risk.”

Bullard noted a continuity of neglect between the Rick Scott and Ron DeSantis administrations, in economics, health care, and education.

He described a “callous and fundamentally flawed system … enabled by inaction and actual action and policy” on the federal and state level.