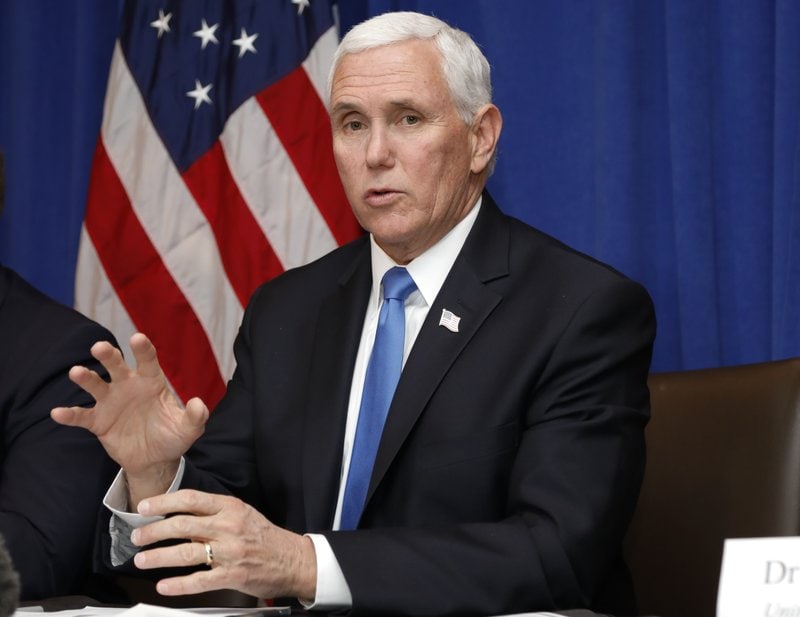 U.S. Vice President Mike Pence believes a lack of “assurances” is what governed the decision to move much of the Republican National Convention to Jacksonville.

Those assurances, Pence said Tuesday, were that Jacksonville could hold a full-capacity arena event.

The VP said both the President and he are “really disappointed” that the whole event could not be here, but North Carolina “was not willing to give us the assurances that by the convention date in August we’d be able to bring people together.”

Pence’s assertion on Fox and Friends contravenes the words of Florida’s Governor, who has said the “shape of the pandemic” will drive logistics ultimately.

If assurances were offered, they have not been made public, in other words.

“The Republican National Committee is working out those details,” Pence said, stressing that “some events will still be held in Charlotte.”

Pence added that coronavirus was an isolated problem now.

CDC personnel and “resources” will be focused on those outbreaks, Pence said, as America puts “coronavirus farther into the past.”

The VP seemed to reassure the Fox and Friends hosts, who previously asked why events weren’t staged outdoors, where contagion presumably would be more difficult. Pence said event planning was a “work in progress.”

While Gov. Ron DeSantis and Jacksonville Mayor Lenny Curry are willing to, as the Governor puts it, work toward “getting to yes,” each has fallen short of offering ironclad assurances of holding the convention without the optics of coronavirus interfering with the presentation.

However, he hedged his bets almost immediately, suggesting that circumstances could drive occupancy restrictions.

Curry, a second-term Republican, said: “We plan on having a full arena.”

“But if circumstances change,” he added, “in the interest of public health obviously the President, the Republican National Committee, myself, if there was an unexpected outbreak, health risks and hospitalization systems that couldn’t handle it, we would obviously adapt at that point in time.”

Stopping short of declaring a 15,000 seat arena packed with people from around the country a COVID-free zone, the Governor remarked last week that protests, where social distancing was not an option, didn’t seem to drive a spike in disease.

“I would remind people that we were just through a two-week period where you had tens of thousands of people gathering in very close proximity … There’s not yet evidence I’m aware of that it has sparked any type of outbreak,” DeSantis said regarding protests in recent weeks, a good sign for convention crowds.

Positive tests, both in number and a percentage of those tested, have risen as Florida removes restrictions imposed on businesses earlier in the Spring.

Curry says that the city has “flattened the curve,” but whether that is meaningful regarding the influx of people from other places is an open question.