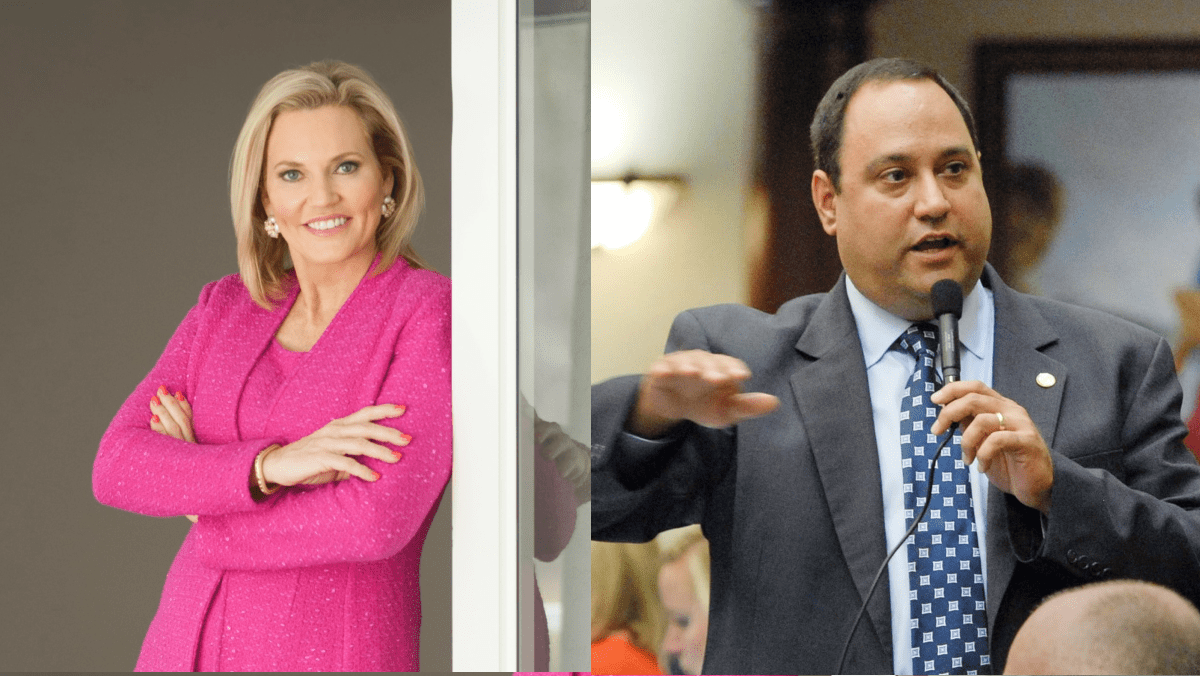 The poll shows her lead grow with attacks on his environmental record.

The survey, paid for by Fitzenhagen’s campaign, was conducted on June 18 and 19 among likely Republican primary voters and found 34% of primary voters would vote for Fitzenhagen if the election were held today, while 24% would back Rodrigues. About 42% remain undecided. That puts Fitzenhagen’s lead outside the poll’s 4.5% margin of error.

“These numbers are why incoming Senate President Wilton Simpson and the political establishment are scared,” a polling memo reads. “Not only do their endorsements mean nothing in this race, their hand-anointed candidate, Ray Rodrigues, is embarrassingly behind.”

The advantage, pollsters write, may be attributable to a slightly higher percentage of female voters in the electorate. Fitzenhagen may also enjoy higher name recognition in the district as she now serves as Representative for state House District 78, which falls entirely within Senate District 27. Rodrigues, also a state lawmaker, represents House District 76, which only lies partially within the Senate district.

Moreover, the poll suggests a messaging strategy — tying Rodrigues to the sugar industry — that could prove especially sweet.

The poll refers to Rodrigues as “Sugar Ray” and informs respondents that he is a politician “beholden to the Florida sugar lobby” and mentions money accepted from agriculture and phosphate mining companies has significant sway on results.

About 60% of those polled say the information makes them less likely to vote for Rodrigues, while 7% say they are more likely to do so. A head-to-head poll after that messaging gets presented shows Fitzenhagen’s advantage grow to 48% against Rodrigues’ 20%.

The poll also checks whether endorsements by local legislative leaders including Sen. Lizbeth Benacquisto and Rep. Dane Eagle will impact voters. There, Rodrigues nets support but not enough. While 34% say that news makes them more likely to vote Rodrigues, 20% say they would be less inclined to do so based on that news.

After being informed of Rodrigues’ endorsements and of Fitzenhagen’s “business experience and commitment to preserving Florida’s resources,” respondents still favor Fitzenhagen 43% to Rodrigues’ 25% in a head-to-head.

It’s an interesting finding that doesn’t take into account other electoral advantages for Rodrigues.

The support from Simpson and the Florida Republican Senatorial Campaign Committee may mean little to voters but the statewide Republican Senate effort has $8.85 million in cash it intends to use for its endorsed candidates. The poll notably did not discuss Rodrigues’ support from Sen. Kathleen Passidomo, who represents the neighboring District 28 and is slated to take over as Senate President in 2022 should Republicans still hold the Chamber.

And while Fitzenhagen has to effectively start over in fundraising sinceabandoning a federal campaign pursuing an open congressional seat, Rodrigues raised $409,666 for his Senate campaign and controls two committees with more than $600,000 in cash on hand.

But the poll suggests Fitzenhagen boasts advantages of her own in the race, perhaps enough that Rodrigues should be considered the underdog in the August 18 primary.