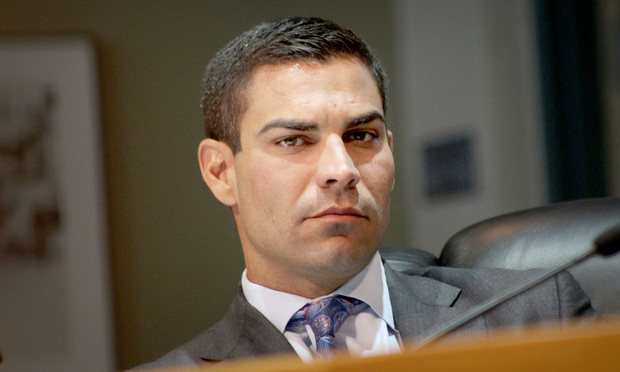 Mayor Francis Suarez has continued to speak out about the troubling rise in coronavirus cases.

Miami Mayor Francis Suarez says individuals will now be required to wear masks when out in public in the city of Miami.

“Undoubtedly, enforcement will be a challenge,” Suarez admitted, according to comments flagged by Joey Flechas of the Miami Herald.

COVID-19 cases have seen an upward trend in recent weeks both across the state and in Miami-Dade County. That trend does not only include the raw number of positive cases — which can be affected by an increase in testing overall — but also includes a rise in the positivity rate, which shows the percentage of tests coming back positive.

That number for Miami-Dade County has been above 10% in five of the last six days.

Monday’s report was the exception during that span. That report showed a one-day dip in the recent trend throughout Florida. The positivity rate in Miami-Dade sat at 8.9%, which still would have been among the highest daily numbers through the first two weeks in June.

Mayor Suarez has spoken out about the troubling trend in coronavirus cases, even announcing the city would slow its reopening plan.

So far, city officials in Miami-Dade are not yet reverting any of the city’s reopening measures entirely. Suarez has talked openly about the challenges to reopening, however, should cases continue to climb.

“We’re kind of sounding the alarm,” he said last week.

Those adjustments will now include a mandatory mask order. The city-level approach differs from Miami-Dade Mayor Carlos Giménez, who has sounded more optimistic about the county’s ability to handle a rise in cases.

“We always expected that as we open the economy, we would have more positive rates,” Giménez said at a Friday news conference alongside Gov. Ron DeSantis.

Over the previous week, Miami-Dade County has seen a daily average of 581 positive cases per day, with an average daily positivity rate of 11.1%

That’s an increase from the previous seven-day period, which saw a daily average of 306 positive cases and an average daily positivity rate of just 6.6%.

Giménez, however, has pointed to the fact that the region’s hospitals still maintain capacity. The County Mayor did admit that younger residents were not taking social distancing recommendations seriously enough.

“We again are going to be accentuating and putting the forefront enforcement efforts to make sure people keep their social distance, wear masks while they’re indoors, follow the rules,” Giménez said.