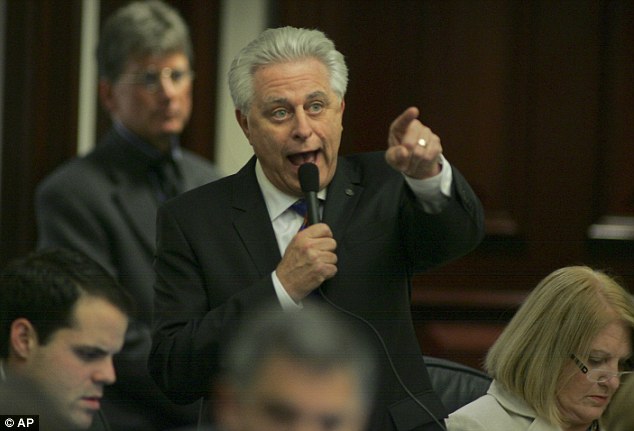 “Students expressing extreme or bigoted views against any segment of a University’s population should not be in a position of authority,” said Stark, a Weston Democrat. “FSU Senate President Ahmad Daraldik has made anti-Semitic remarks and social media posts comparing Israel to Nazi Germany, tweeted altered photographs, and used profanity.

“It is in the best interests of Florida State University for him to step down.”

Slosberg, a Boca Raton Democrat, called the comments “deeply disturbing” and added that they “demonstrate a complete lack of character.” She, too, called for Daraldik to resign.

“Part of FSU’s stated mission is ‘to instill the strength, skill, and character essential for lifelong learning, personal responsibility, and sustained achievement within a community that fosters free inquiry and embraces diversity,’” she said. “I struggle to understand how anti-Semitic comments by a member of the University’s student leadership further that mission or create a welcoming and inclusive environment for all students.”

Daraldik became the school’s SGA Senate President this month after his predecessor was removed over transphobic comments. However, he survived a subsequent no-confidence vote.

“A strong sense of character demands awareness of what you say along with wisdom in what you believe and how you see others,” Rep. Mike Caruso wrote in a letter to the FSU Student Senate last week. “It also recognizes the possibility of change and self-improvement.”

However, the Delray Beach Republican did not call for Daraldik’s resignation. Instead, he hoped the university Senate would impeach its President if they believed Daraldick had not improved.

“I want every single person at Florida State University to be proud of the diverse environment we offer and, when they are not, to speak up and be engaged in the solution,” he said. “Let’s work together to help each other advance the university we love and to ensure all students feel a part of Florida State.”