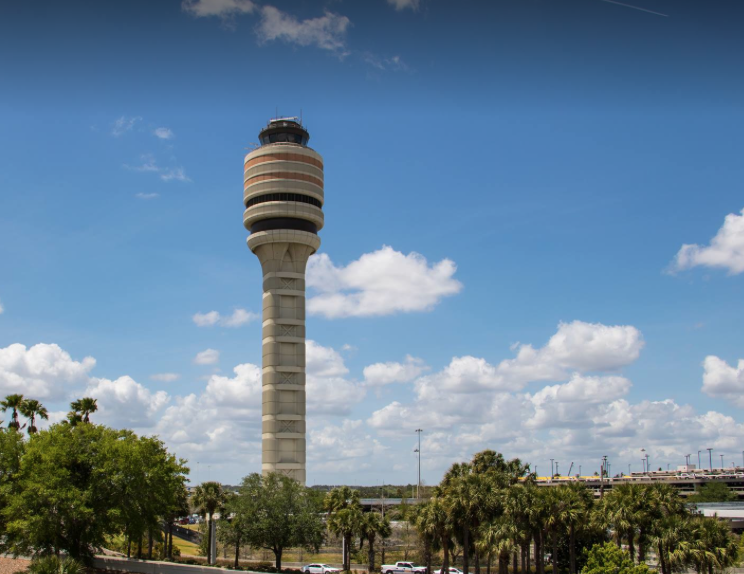 The airport went from 4 million arrivals and departures last April to less than 200,000.

Orlando International Airport air traffic fell 96% in April as the coronavirus crisis effectively shut down air travel, according to a new report Tuesday.

That’s compared to April 2019, and reflects how devastating the coronavirus crisis was to the main engine of the Central Florida economy, the tourism and hospitality business.

That reality already was reflected earlier this month when Orange County reported that its tourist development tax receipts — hotel taxes — had plummeted 97% in April.

And that meant little work in the region’s biggest employment sector, along with everywhere else that shut down. Orange County’s unemployment soared to 16.5% in April, and might be reported even higher than that when May’s state unemployment numbers are released.

In raw numbers for this past April, 72,089 people people arrived by plane at Orlando International Airport, normally the state’s busiest month, and 82,335 left on planes. While that still is more than a couple thousand per day, it compares with more than 2 million each way during the same month last year.

Still, airport officials couched the stark April activity with hopeful trends seen since, noting that traffic is now up 25% from its lowest level in April.

“Our path to rebuilding passenger confidence and traffic includes continued intensified cleaning, social distancing and the use of face coverings by all employees and travelers, Phil Brown, chief executive officer of the Greater Orlando Aviation Authority stated in a news release. “With a number of airlines already committed to re-establishing their schedules, we are cautiously optimistic our slow recovery is sustainable.”

That recovery will be aided outside the airport. Universal Orlando and SeaWorld Orlando opened this month. Walt Disney World plans to open next month. The Orange County Convention Center has booked a handful of events for July. Other attractions have opened. However, the cruise industry remains on hold.

There also was another bright spot reported for April, brought about by the transformation of much of the wholesale and retail economy to remote deliveries. Orlando International Airport saw a 4% increase in air cargo traffic, thanks in part to a 47% increase in mail deliveries in April, the GOAA report stated.