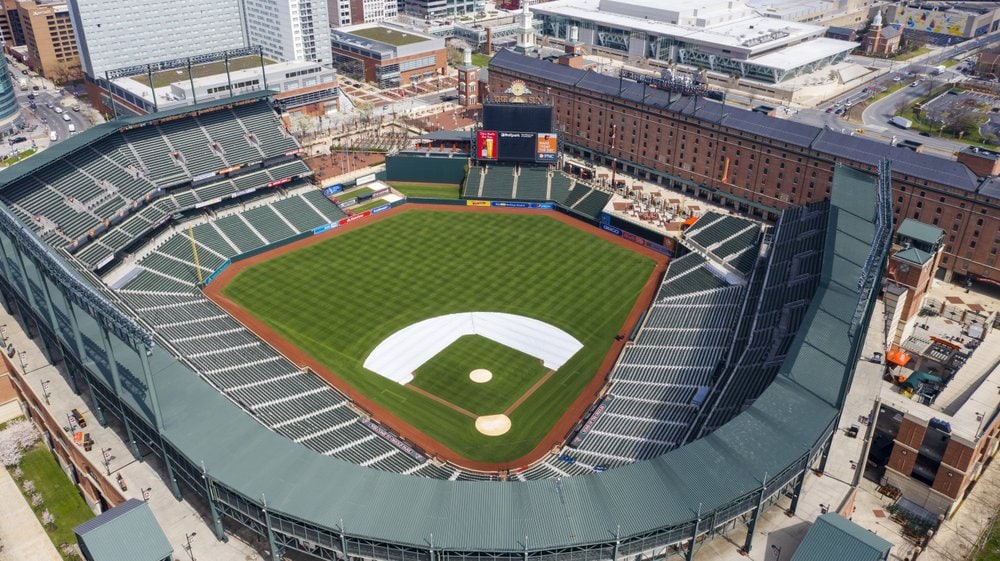 So, where were we?

Mid-March, a spring training exhibition between the St. Louis Cardinals and Miami Marlins at Roger Dean Stadium in Jupiter, Florida. Even before the final out, both sides had gotten the official word: Major League Baseball was shutting down immediately because of the coronavirus pandemic.

“It felt like the most meaningless baseball game in the history of the sport,” Cardinals infielder Matt Carpenter said.

A skewed, 60-game schedule, rather than the full plate of 162, with opening day on July 23 or 24. A shortened, contorted season ordered by Commissioner Rob Manfred on Tuesday night after billionaire owners and multimillion-dollar players couldn’t come to a new economic agreement against the backdrop of the virus outbreak.

“What happens when we all get it?” Milwaukee pitcher Brett Anderson tweeted this week.

From the start, a sprint to the finish. Got to come out strong. Remember last year: The Washington Nationals began 27-33 and wound up hoisting the World Series trophy.

Perhaps it’s the perfect setup for outsiders like the Padres or Mariners to sneak into the championship chase.

Let’s not forget those Houston Astros, either. They were the biggest story in baseball when we last saw them, with fans taunting José Altuve, Alex Bregman and their accomplices following the trash can-banging, sign-stealing scandal that made national headlines over the winter.

Some things, chances are, won’t change when the games resume.

No minor leagues this year, tough luck there. The majors, meanwhile, give new meaning to short-season ball.

The season will try out numerous new rules: An automatic runner on second base to begin all extra innings. Designated hitters in NL games. Pitchers with their own personal rosin bags.

This season will look like no other in baseball history, the price for trying to play amid a pandemic.

“So long National League. It was fun while it lasted,” Cardinals pitcher Adam Wainwright tweeted.

The extra-inning rule, that’s bound to bring new strategy, different stats to dissect and an innovative twist on the old game. It’ll be — aw, heck, who are we kidding? It will be major league baseball meets Central Park softball.

Just hoping that experiment doesn’t stick around in ’21.

To date, Bruce Maxwell is the only major leaguer to take a knee during the playing of “The Star-Spangled Banner” before a game. The backup Oakland catcher did that at the Coliseum in September 2017, following the lead of NFL quarterback Colin Kaepernick.

Maxwell saw limited time with the A’s in 2018, played in Mexico last year and doesn’t have a job with a big league team this year.

Major leaguers have not, in general, been the first set of players in pro sports to speak out on issues of social injustice. We’ll see what stances they take on and off the field when games return.

Fans will certainly argue: Is it a legitimate crown or more like a prize won during some European soccer tournament?

Kay Kenealy, a 59-year-old from Waukesha, Wisconsin, who has a 20-game ticket package to Brewers games, took a meaty swing at the debate.

“Whether it be the Brewers or the A’s or someone like that that wins the World Series, I don’t think that requires an asterisk. I think everybody for the next 100 years is going to know that this was a pandemic year.”

The huge stat question: Could someone hit .400 in this shortened season?

NL MVP Cody Bellinger got off to a scorching start last year, batting .376 after the Dodgers’ 60th game. He finished at .305.

Fewer games, a lot of walks, a couple of infield knocks, yep, it’s possible. But there’s a reason Ted Williams remains the last player to hit the hallowed mark in a full season, batting .406 in 1941 (always splendid, he was at .407 after 60).

Also a fact: No one would treat the achievement this year on a par with Ted.

Shucks! Might not be a game in the “Field of Dreams” cornfield this summer. MLB did a great job building a diamond next to the movie site near Dyersville, Iowa, to host the Yankees and White Sox on Aug. 13, but fans can’t come.

Also scrapped: Matchups in London, Mexico City and Puerto Rico. No official word yet on the All-Star Game, which was set for July 14 at Dodger Stadium.

But these extra months might’ve given Aaron Judge, Justin Verlander, Cole Hamels and more time to fully recover. Who knows, maybe even Yoenis Céspedes has healed up.

And additional time off could’ve given Shohei Ohtani a cushion to build up his arm strength. Sure is neat having a two-way star to track in the majors.

So your family takes a road trip each summer, hitting a new ballpark every time. You want to extend your 11-year streak, but there aren’t any tickets for sale. Don’t fret, just get creative.

Oracle Park in San Francisco provides a tremendous opportunity, for free. Fans can gather behind the right field wall, look through a fence and see the Giants. And if a home run sails out that way, fun to watch kayakers scramble for a Splash Shot souvenir.

The Roberto Clemente Bridge by PNC Park is a popular watching spot, the rooftops outside Wrigley Field are classic and a hotel in Toronto offers rooms with a terrific view from the outfield.

Hot dogs, however, are not included.