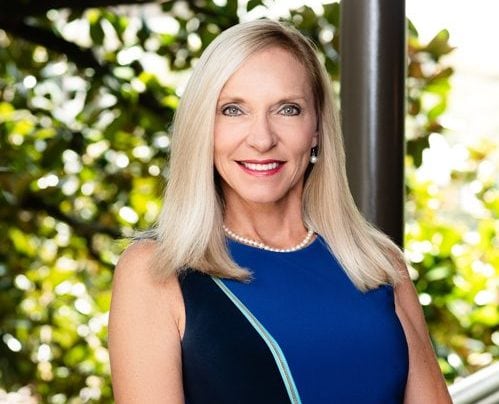 The agency settled on a $108 million budget.

The VISIT FLORIDA Board of Directors on Wednesday approved more than $42 million for tourism marketing as part of a $108 million operating budget for next fiscal year.

However, a lot more money might be needed to offset the coronavirus’ massive damage to the tourism and hospitality industries, according to board member Carol Dover.

Dover, president and CEO of the Florida Restaurant and Lodging Association, said she has already mentioned to Gov. Ron DeSantis the need for VISIT FLORIDA to get additional marketing dollars if lawmakers are called into a special session to address budget impacts of COVID-19, the disease caused by the coronavirus.

“I mentioned directly to him the importance of putting more money in VISIT FLORIDA’s coffers,” Dover said during the board conference call Wednesday. “And I said $50 million isn’t even enough when it’s under normal circumstances, but now that we have COVID to deal with, we need probably twice that much to just try to get the state back up on our feet.”

“But I do think, if and when we go back into special session, even if it’s after the November election, my thought was that we should try to see if we can get additional funding for marketing,” Dover said.

VISIT FLORIDA President and CEO Dana Young, a former lawmaker, said the tourism-marketing agency will “be very engaged in that and we’ll be working closely with the governor’s office” if a special session is held.

Last week, DeSantis said he would slash enough spending from the state’s proposed $93.2 billion budget to keep lawmakers from having to address a coronavirus-fueled loss in tax revenues before the November elections.

VISIT FLORIDA, which has faced years of opposition from House leaders, is slated to receive $50 million in the budget that will take effect July 1. That is the same amount as during the current year, when its state funding was cut from $76 million to $50 million.

As of mid-day Wednesday, DeSantis had not signed the budget and issued vetoes. Included in the spending is $8.5 million for 85 positions at VISIT FLORIDA, the same as in the current year.

VISIT FLORIDA staved off efforts by House leaders during this year’s regular session to close the public-private agency, which is expected to receive $59.5 million in private-sector matches and in-kind promotional assistance in the upcoming fiscal year.

Critics have questioned the need for the agency as the state’s weather, beaches and major theme parks already draw tourists. The agency also continues to be criticized for past contracts, which included $1 million for rapper Pitbull to market the state and $11.6 million to sponsor a cooking show hosted by celebrity chef Emeril Lagasse.

But VISIT FLORIDA supporters have cited its importance in helping market the state when it receives bad media attention for such things as hurricanes.

The coronavirus started to take hold as lawmakers finished the budget process during the legislative session that ended in March.

Part of the marketing effort will be $13 million directly focused on a rebound in tourism, after the virus caused attractions, hotels and other tourism-related businesses to shut down or dramatically scale back. The initial emphasis will be on getting Floridians to explore other parts of the state.

The money is a carry-over from ad campaigns shut down in the spring because of the virus, which cut tourism to Florida 10.7% in the first quarter of 2020 from the same period a year earlier.

According to VISIT FLORIDA, hotels in the state lost nearly $3.5 billion in revenue between March 1 and May 30, nearly 40% of people who filed unemployment claims in Florida between March 15 and April 21 came from the tourism sector, and a Harris Poll indicates that more than one-third of Floridians may not dine out again until the crisis is finally considered over.