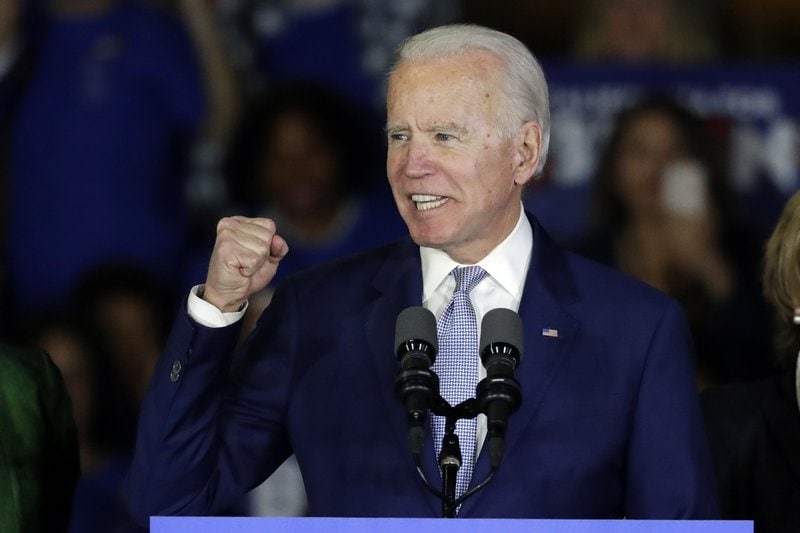 More polling shows voters in Florida and other swing states preferring the Democratic challenger to the Republican in the White House.

The Florida poll of 651 registered voters, conducted from June 8 to 18, showed Biden up 6%, the preference of 47% of those surveyed.

These battleground states, won by President Donald Trump in 2016, have been targeted by the Biden campaign with $15 million of ads of late. Surveys in the Sunshine State and elsewhere suggest the investment is paying off.

A generation gap also factors in. Voters under the age of 45 overwhelmingly break toward Biden, while Trump is the choice of those 45 and older. Biden’s ability to convert youth enthusiasm will be key to a potential victory in November.

Surprisingly, given the choice to move the Republican National Convention to Florida, Trump is doing worse with members of his own party than Biden with Democrats.

While 92% of Democrats say they will vote for Biden, just 87% of Republicans back Trump at this point in the campaign. Swing voters support Biden, by a 48% to 30% margin.

Other evidence in the poll suggests that in Florida, like everywhere else, the election is a referendum on this polarizing President.

While 13% of Trump voters say there is “some chance” they will vote for the Democratic nominee, only 9% of people currently backing Biden say they might flip to the President.

One bit of good news for the President: Florida, if the 6% deficit to Biden is an accurate guide, would be easier to flip than some other states surveyed.

In Michigan, Pennsylvania, and Wisconsin, Biden has double digit leads. He’s up nine in North Carolina, and by seven in Arizona.

previousSunburn — The morning read of what’s hot in Florida politics — 6.25.20