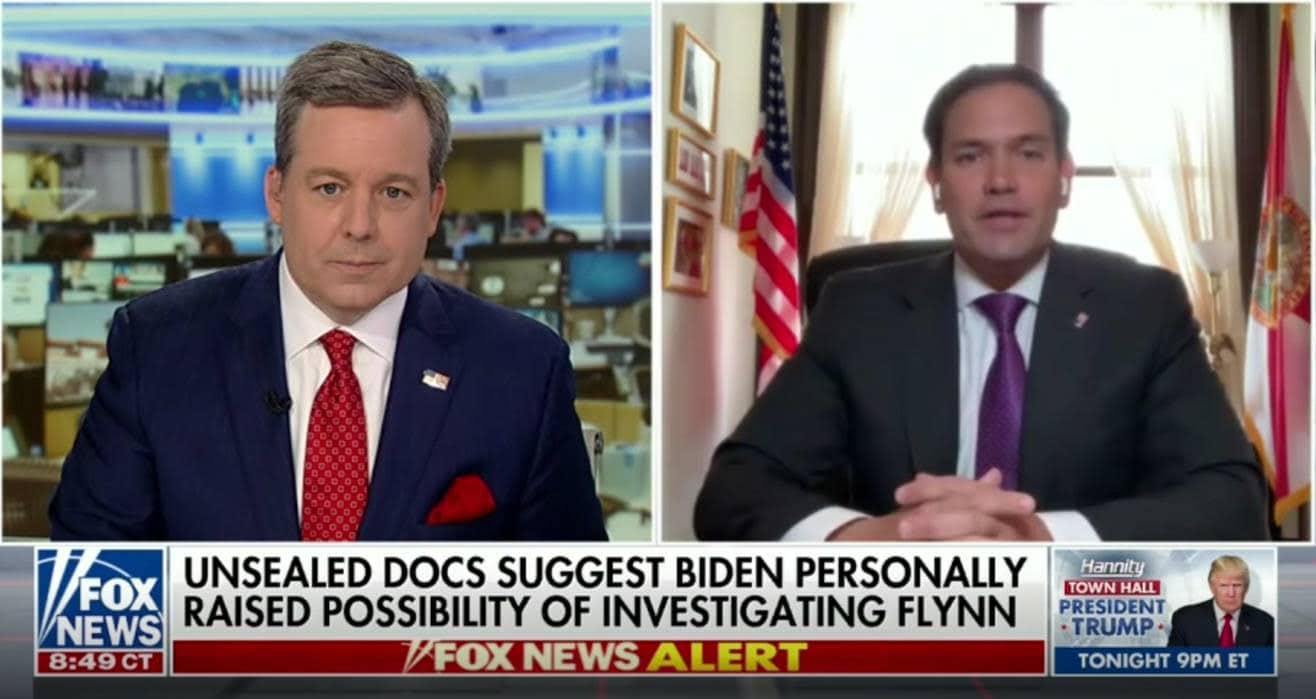 Advancing age looms over this presidential campaign like none before, with two men in their mid-70s facing off in the November general election.

The comments came toward the end of an America’s Newsroom segment, in which Rubio cast doubt at the former Vice President’s assertions that he couldn’t remember if he had anything to do with action against former Gen. Michael Flynn.

“The physical and mental fitness of any candidate is on display in every campaign. It’s a legitimate thing that people want to know and judge,” Rubio said. “So I’ll allow voters to make that decision as the race goes on.”

Rubio noted that he’s “not a doctor,” and therefore “not going to make claims like people in the press did last week.”

The Senator was referencing a narrative that the President may have Parkinson’s Disease due to a stumble on a ramp at West Point and struggles with a water glass, incidents the President downplayed in comments reported since.

The age question has surfaced in Florida elections recently. In 2018, Rick Scott ended Sen. Bill Nelson‘s career, with attacks focused on the Senator’s age and long tenure in public life. The attacks were not founded in fact, but Scott scored with them in a narrow win validated by a recount.