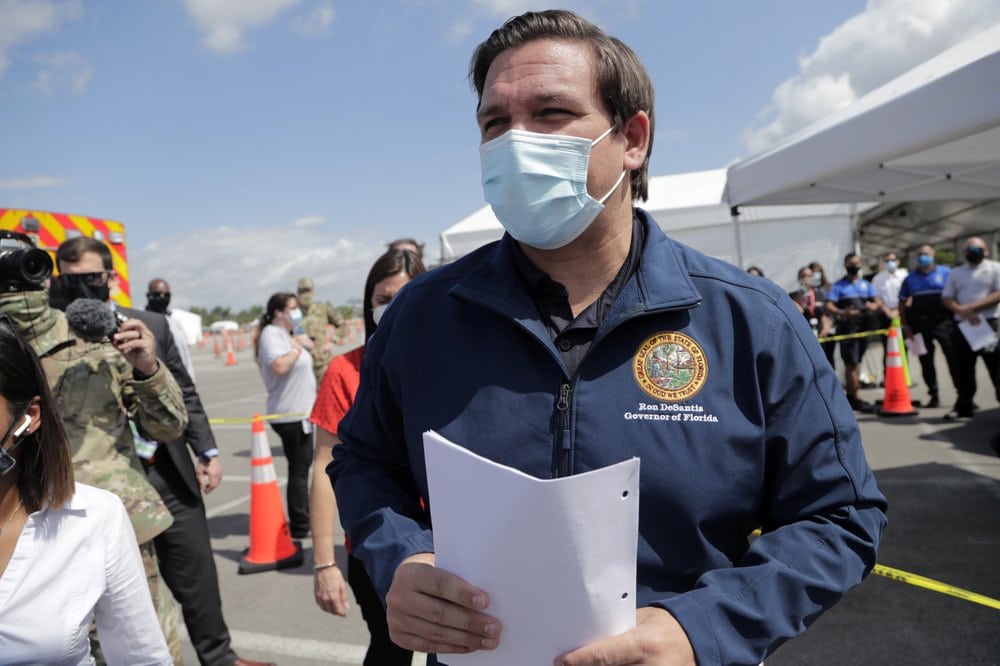 Texas made headlines Thursday for taking a different tack on its reopening plan, but Florida is staying course — not that it means the state is continuing to reopen.

“We are where we are. I didn’t say we’re going on to the next phase,” DeSantis said in Tampa. “We’ve done a step-by-step approach and it was an approach that’s been reflective of the unique situation of each area.”

However, that’s a different nuance than the Governor gave reporters in Tallahassee last week, when he said the state’s “not rolling back” but instead will “go forward.”

Over the last week, the state has pushed the envelope on what a normal day is in terms of new COVID-19 cases. The last ten days have seen more than 2,000 new cases daily, reaching 5,472 over the course of Tuesday. That far exceeds the 1,000 daily cases not hit regularly since the pandemic’s April peak.

On Thursday, DeSantis didn’t go as far as to outright say Florida is pausing its reopening regiment and rolling back some aspects like Texas Gov. Greg Abbott said in the morning, but he indicated the Sunshine State is holding steady.

“We never anticipated necessarily doing anything different in terms of the next phase at this point anyways, so we are where we are,” he said.

The percent positivity rates of new tests, as well as total positives, is on the rise in both states. However, Abbott cited those trends as a reason to once again suspend elective surgeries in Texas’ biggest counties and pump the breaks on reopening.

“The last thing we want to do as a state is go backwards and close down businesses,” Abbott said in a statement. “This temporary pause will help our state corral the spread until we can safely enter the next phase of opening our state for business.”

When asked if Florida would see dozens of continued COVID-19 fatalities each week, DeSantis answered that no one thought the virus would be gone by now, even if cases hadn’t resurged. But he credited the low death rate even in the face of a second peak to the state’s efforts to protect nursing homes.