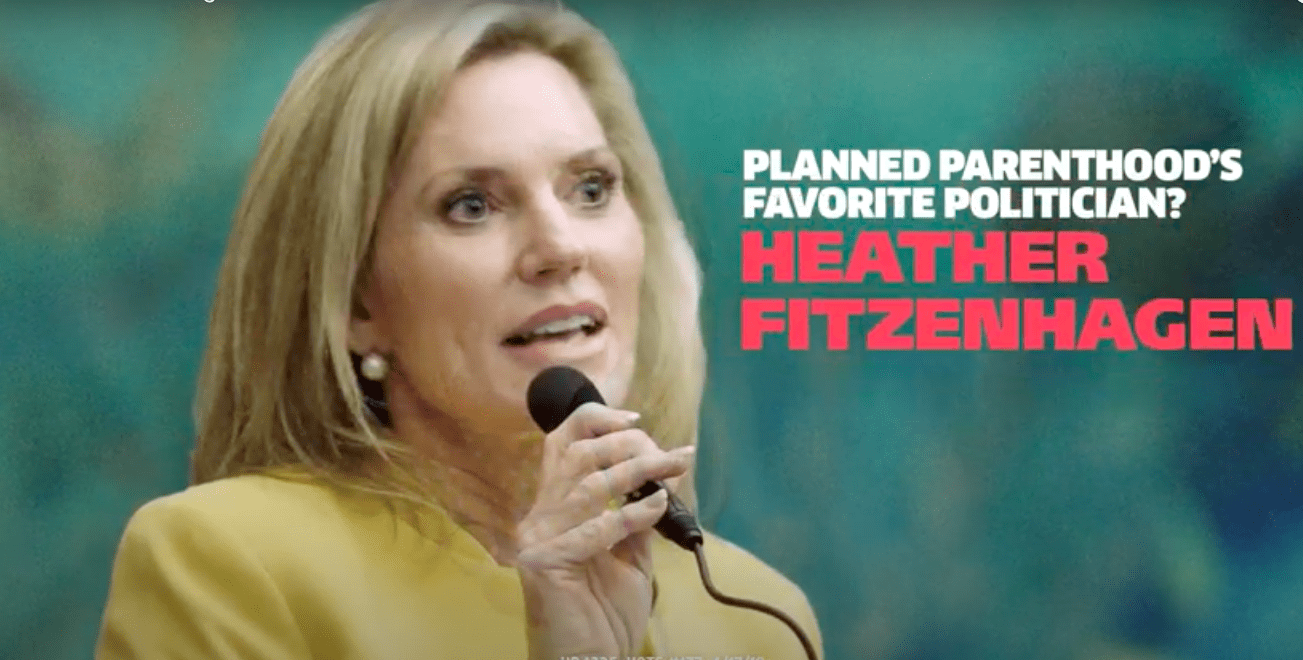 The ad attacks the Fort Myers Republican on abortion, immigration and support from Dem leadership.

The Florida Republican Senatorial Campaign Committee sent out a memo blasting the Senate candidate. A new advertisement funded by the group also started airing on cable channels like Fox News within Senate District 27.

“Liberal Heather Fitzenhagen has abandoned the values our party holds so dear by siding with extremists on abortion and benefits for illegal immigrants,” the memo reads.

Since Fitzenhagen left a Congressional contest to run for Senate, her campaign released polling suggesting the FRSCC’s support for Rodrigues means little to voters. The same poll showed her with a 10% lead among likely Republican voters.

The newest moves by the FRSCC suggest the Southwest Florida primary is turning into a war between Fitzenhagen and party leadership.

The memo even lays out one difficult-to-explain-away involvement by Senate Democrats in the race.

“Fitzenhagen is playing footsies with the Democrat Minority Leader while attacking the Senate GOP leader, and Senate Democrats are openly counting on Fitzenhagen’s vote to take control of the Florida Senate,” the memo reads.

“Given the opportunity to commit to supporting a Republican for senate President, Fitzenhagen refuses.”

That alludes to reporting by Florida Politics that Sen. Gary Farmer, a Fort Lauderdale Democrat, urged Democrat Rachel Brown not to run in the Senate district. If Brown dropped out, the primary between Rodrigues and Fitzenhagen would open and Democrats and independents could vote in the August contest.

Farmer will become Senate President if Democrats retake the chamber. Trilby Republican Wilton Simpson, who heads the FRSCC, will have that job if Republicans main their majority next year. In the event the chamber is divided between 20 Democrats and 20 Republicans, Fitzenhagen’s vote could be crucial considering the stance of Senate Republican leadership in the primary.

The advertisement put out by the FRSCC attacks Fitzenhagen’s legislative record including a vote this year against a parental consent bill.

The ad also attacks Fitzenhagen on immigration, saying she voted to give benefits to illegal immigrants.

While Fitzenhagen’s abortion record has long been seen as a liability in a GOP primary for higher office, the immigration issue seems a little surprising as she co-introduced E-Verify legislation approved by the Legislature this year, though Rep. Cord Byrd largely ran the bill.

The ad and memo bring up the big immigration issue of 2019, a ban on so-called sanctuary cities.

“She even turned her back on President [Donald] Trump, refusing to ban sanctuary cities,” the memo reads.

However, Fitzenhagen voted for the final bill passed and signed by Gov. Ron DeSantis.

A citation in the ad references a vote from the prior session against a version of the same bill filed by then-Rep. Larry Metz. Fitzenhagen missed the final floor vote on that bill, and had voted against a prior version. The bill died in committee in the Senate that year.