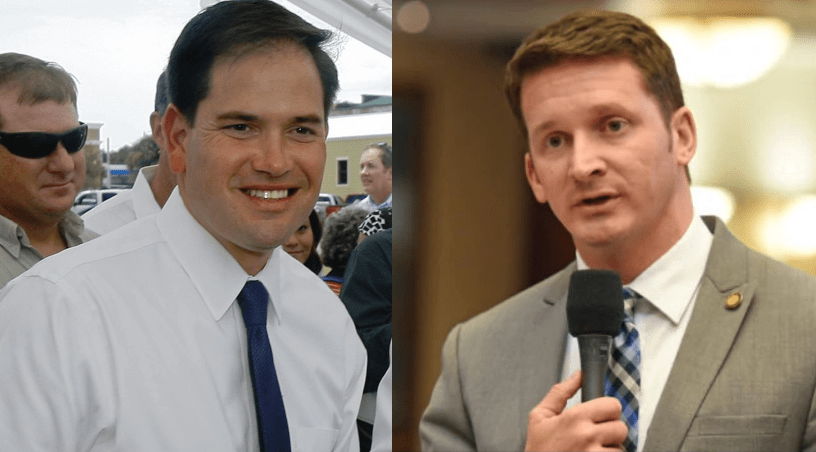 "He has the chance to grow into leadership roles."

“The 21st century challenges facing our nation are unprecedented, and we need leaders in Congress who know how to get results,” Rubio said. “As Republican Majority Leader of the Florida House of Representatives, Dane has proven time and time again his commitment to our conservative values, and his principles and track record of results make him the most qualified person in this race. I am proud to endorse Dane Eagle for Congress, and I look forward to working with him on behalf of all Floridians and our country.”

“Senator Rubio has distinguished himself as a leader in our party and our nation, and his steadfast principles and legislative strides have made our country a better place for Americans to live and work.” Eagle said.

“I am incredibly humbled by what his endorsement means to me, and I am proud of the momentum our campaign continues to build. I look forward to working with Senator Rubio in Washington.”

Rubio also recorded a video that appears on Eagle’s WinRed fundraising site, encouraging small and large donations to the campaign.

“I just wanted to ask you to do everything you can to send Dane Eagle here to Washington D.C. into the U.S. House of Representatives,” Rubio said in the video posted online.

Eagle is one of nine Republicans running to succeed retiring Rep. Francis Rooney.

“He’s a strong new voice in the conservative movement and the Republican Party. He’s a real difference maker,” Rubio said.

Eagle rose to be House Republican Leader in his most recent term, drawing Rubio’s support. Rubio notably served as Florida Speaker of the House before running for federal office.

“I really think he has the chance to grow into leadership roles … we desperately need people like him in in the U.S. House, that right now is battling this radical agenda coming out of the left, led by Nancy Pelosi.”

Eagle, one of three elected officials in the race along with state Rep. Byron Donalds and Fort Myers Mayor Randy Henderson, jumped into the race early and proved himself a solid fundraiser quickly. At the end of the first quarter, he lagged behind only self-funders Casey Askar and William Figlesthaler in cash on hand.