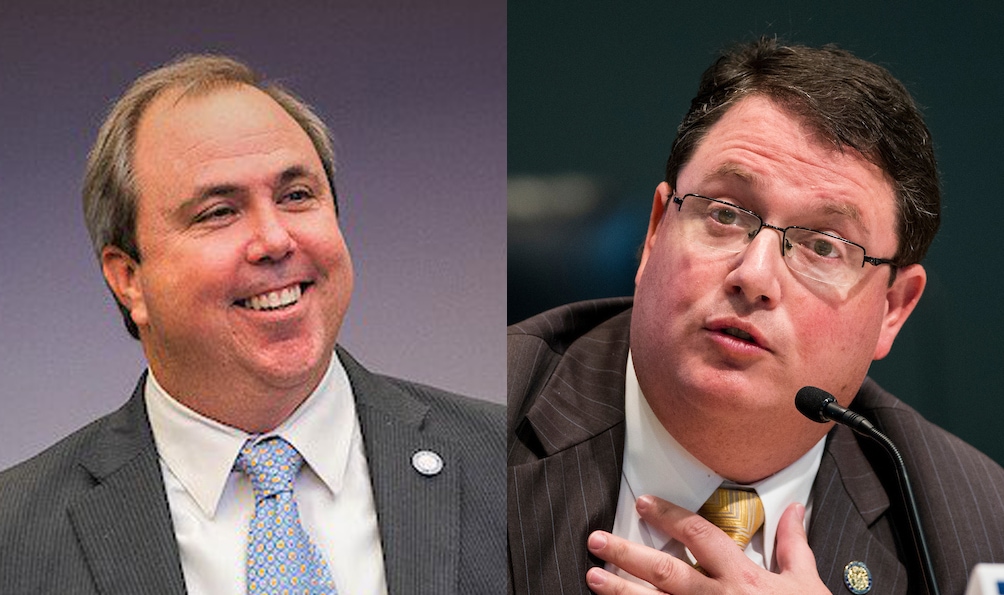 Fines for sewage spills, including from public utility systems, will soon increase significantly.

“Florida is not Florida without its abundant natural waterways. Water is at the heart of the state’s terrific quality of life, and what makes tourism the backbone of our economy,” Gruters said.

“Given that, it is incumbent on us to aggressively tackle all pollution sources to clean up our environment and preserve our great state through accountability and responsibility.”

“There is no greater threat to Florida’s long-term prosperity than our water quality, and with the signing of HB 1091, we are taking steps to secure our future,” he said.

The new law, in effect Wednesday, raises all fines for sewage spills by at least 50%. Many civil penalties go up 100%.

DeSantis called on steeper penalties months ahead of the Legislative Session.

“Right now, it’s a slap on the wrist and move on,” he said at the time.

The bill now will require more proactive activity from utilities, DeSantis said at the Tuesday ceremony. He wants to see spills like one in Fort Lauderdale two weeks ago from occurring in the future.

“All these changes are really a strong step forward for Florida’s environment,” he said. “We needed a bill with penalties for violating environmental law.”

In addition to upping the fines, statute now makes clear every day the source of pollution knowingly goes unaddressed will constitute a new offense.

But Gruters said the state must hold all polluters accountable, and public utilities are the chief source of pollution from spills. That includes the City of Sarasota, within his home district.

“Every three hours of every day of every week all year long we have a spill somewhere in Florida,” Gruters said.

“Just a couple of weeks ago there was a million gallons of raw sewage that was spilled into Sarasota Bay. It was long passed time to say enough is enough. This bill will not stop the spills but it will increase the fines by 50%. It is time to hold polluters accountable, and we are going to make them pay with their wallets.”

Indeed, a sewage spill occurred in Longboat Key impacting the Bay the day of the signing.

Fine has similarly seen local governments fail to curb pollution from their own treatment plants.

“Because local politicians in Brevard County – and around the state — prioritized spending millions on astroturf and antiques for lighthouse employee museums, they failed to meet their responsibility to maintain our sewer system and protect the Indian River Lagoon,” he said.

“Thousands of spills and hundreds of millions of gallons illegally dumped each year. Enough. The message is clear today – if you illegally dump sewage into our waterways, you will be held accountable by the state.

“If we can live in a world with self driving cars and rockets that can land by themselves we should be able to make sure we don’t dump raw sewage, or what my kids like to call ‘poo’ into our water,” Gruters said.

“It took over two years to pass this but it is only the start of our effort to clean up Florida’s waterways.”