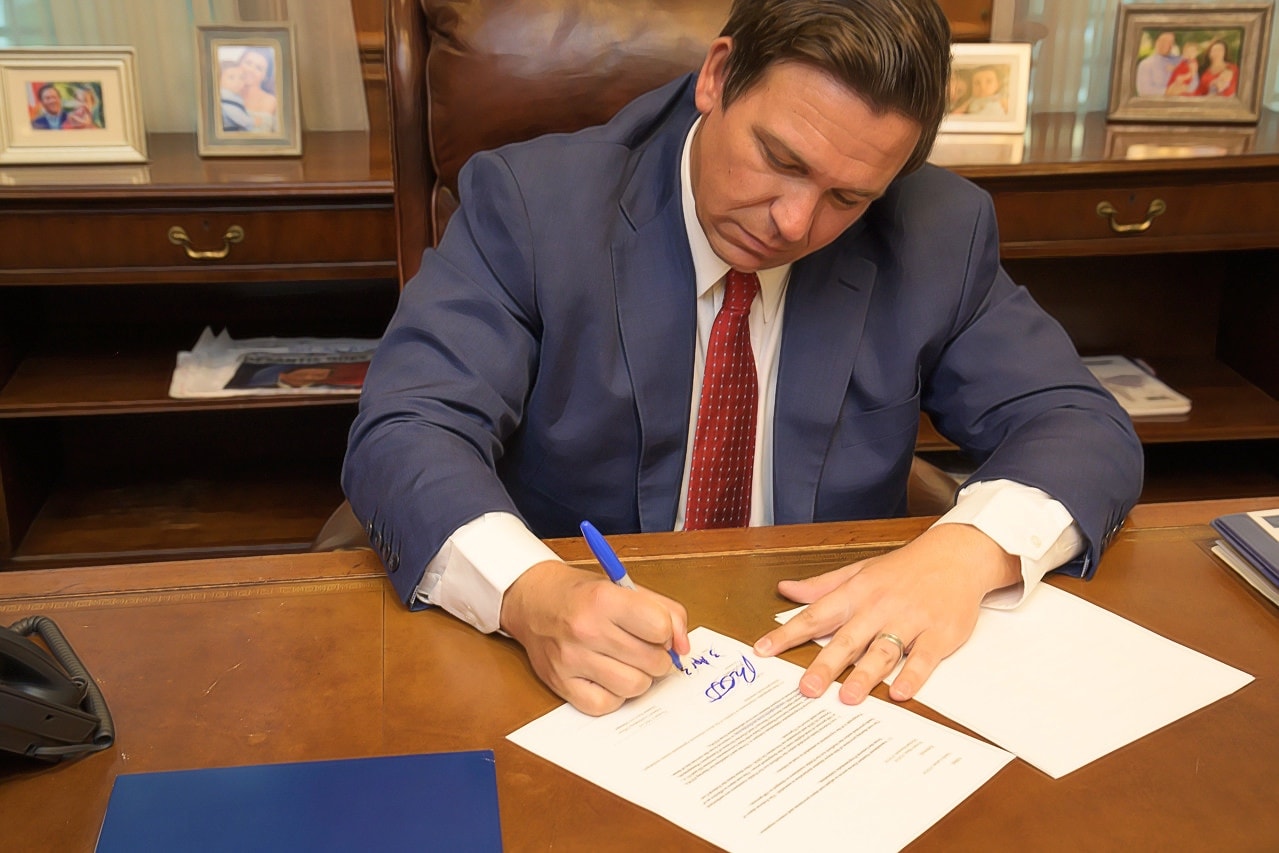 Gov. Ron DeSantis still has 26 bills on his desk.

Gov. Ron DeSantis signed off Tuesday on legislation easing regulations of licensed practitioners of a wide swath of occupations ranging from body wrapping to boxing announcing.

HB 1193, the Occupational Freedom and Opportunity Act, will bring change to many a trade.

The bill allows for reciprocal licensing from different states, a key ask given Florida’s military population includes spouses and dependents who have demonstrated trade skills already.

Barbers and cosmetologists with active licenses elsewhere can practice in Florida, for example.

The bill also clears the way for food trucks to operate with impunity statewide, eliminating the fights in many jurisdictions the industry has faced.

DeSantis and the legislative architects of the bill, which was painstakingly crafted through an exacting amendment process, extolled the finished product in a media release from the Governor’s Office.

“Today, with legislative and public support, we’re delivering on those reforms with a comprehensive and meaningful bill that will save thousands of Floridians both time and money for years to come.”

DBPR Secretary Halsey Beshears rhaposized, putting DeSantis on “the frontline of regulatory reform,” and describing the bill as “a major milestone in bringing common sense to occupational licensing standards.”

Senate sponsor Ben Albritton was no less enthusiastic: “All of the congratulations for streamlining Florida business regulations should go to Governor DeSantis. This is even more evidence that he cares about Floridians in a huge way. His leadership in this area is unparalleled!”

Others extolled the legislation also.

“Especially now during the pandemic, states need to lower the barriers that keep people out of the workforce or discourage entrepreneurship,” said Institute for Justice President and General Counsel Scott Bullock. “Florida’s reform will fuel economic growth and open up opportunity to entry-level entrepreneurs throughout the state.”