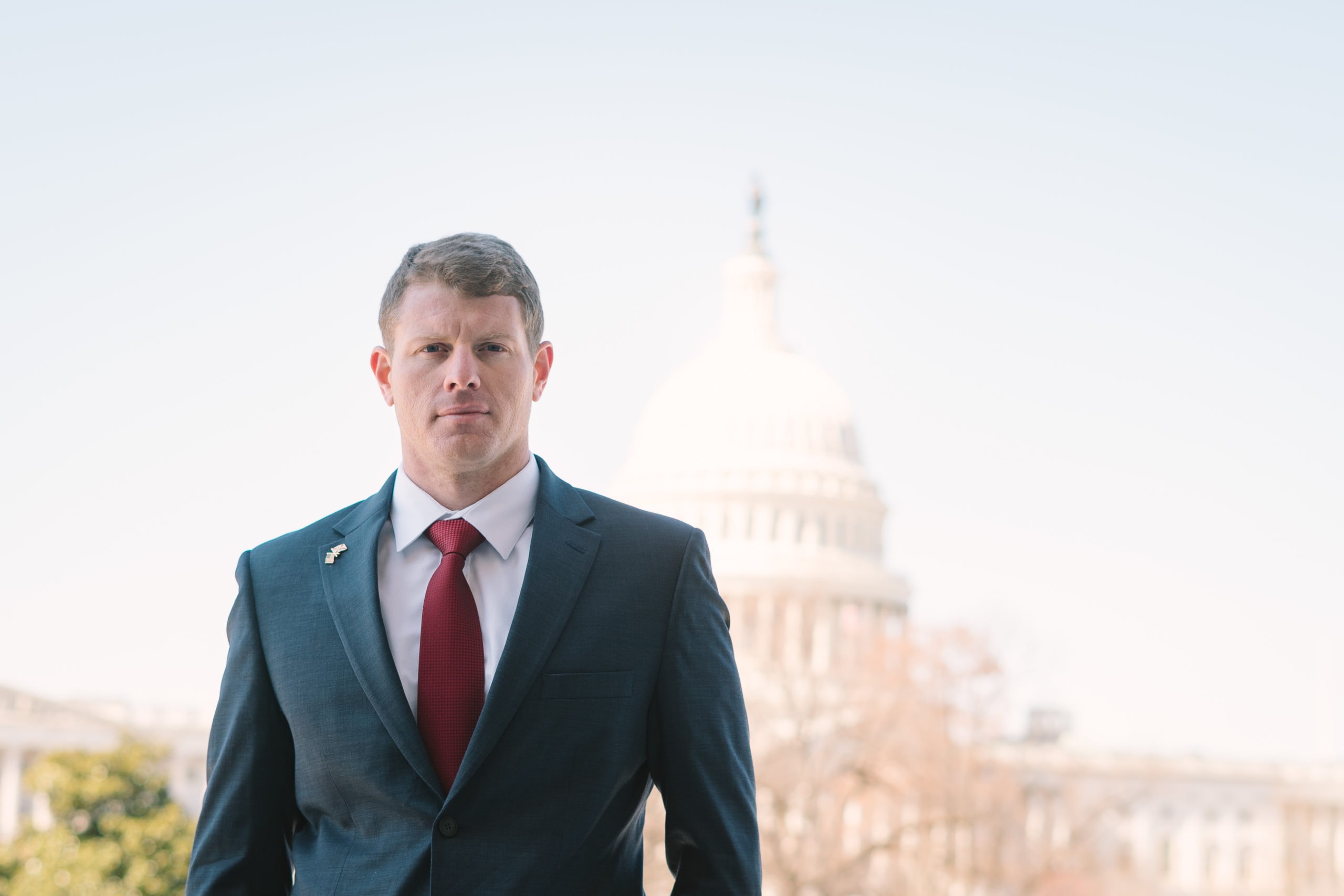 I’m a father, husband, and soldier. I have the instinct to protect and provide. City Mayor was my first choice but when I saw who was running, I felt the people deserved another option.

K-12 I went through the Saint Cloud, FL education system. I left school at 17 to work full time. I chose to get my GED. In 2010, after I returned from Afghanistan, I decided to use my education benefits and earn my degree. I graduated from Valencia in 2016 with a general AA. I enrolled at UCF that Fall in pursuit of a degree in Computer Science. I met a professor advocating for Public Administration and switched majors. I recently graduated from UCF with a minor in Health Science and a BS in Public Administration. I also have various certificates in the Army such as an Army Master Fitness Trainer and Contracting Officer’s Representative.

When I was 15, I worked weekends in construction. At 16, I got my first real job at a styrofoam warehouse where I worked for four years.

Wife, Shannon Scott. Collectively we have four children. We each came in with a three-year-old boy (now they are nine) and together we have a three year old boy and a new seven month old girl. Four kids, three boys, one girl.

In the party? No. I was approached by several members of the community to run for Mayor and stop the building and traffic.

Really depends on the topic. For financial or logical reasoning, I call my grandmother. For political advice, I have a small group of trusted friends, both Democrat and Republican, that I get advice on. Anything religious, race, or even gender related, I have a friend for every occasion. I typically do a lot of my own research because as I am sure you know your average person despises politics.

I don’t have an official consultant or campaign manager because I believe candidates waste a lot of money and I want to see if this can be done a lot cheaper with hard work. If I were to win, think of the impact that will have on campaign fundraising. Andrew Gillum wasted about $50 million. I think that money could go a lot further in their pockets. Politicians waste money because it isn’t theirs.

I am the only donor to my campaign at this moment. I would accept some donations but not really asking for any at this time. When I am a real competitor, I might ask.

In our state? Sheriff Grady Judd, maybe. I’m not really inspired by any current officials, yet and I’m hoping as I learn more about them, it will change. I am however inspired by previous leaders like Joe Lang Kershaw and Gus Plummer. Their stories indicate they were purely for the cause and the adversities they overcame were impressive. Outside of the state of Florida, I follow the technical expertise of U.S. Rep. Jim Jordan and the rising star U.S. Rep. Dan Crenshaw.

People are generally more distrusting as you move up the totem pole. As a State Representative, it’s difficult to reach everyone in the district especially how spread out Osceola and Polk are but I’m planning to make myself available for anyone. No matter where you stand or what you believe in, there will always be someone who just doesn’t like you which to me is a new feeling and I will still try to protect everyone’s best interest as if they were my own kids.

– Number one is quality of life. Meaning any and all decisions will be judged on how it will affect or improve the quality of life and that does not always equate to financial gains. I want to make decisions that improve every aspect of life from parents finding daycare at an affordable rate, healthy lifestyles, and lower the cost of living. Life shouldn’t be this hard and some legislation has good intent but causes distress.

– Second is education from VPK to higher learning institutes. We need more relevant education. Our youth has no idea how to live. Florida is a melting pot of cultures and we clash because people don’t understand each other. Our high education system puts too much emphasis on making money by offering irrelevant courses/degrees that cause debt and do not translate to a means to provide. We can put an 18-year-old through a vocational school and come out nearly debt free and with a job making more money than a four-year degree. I believe putting more focus on education will also lower the crime rates in Florida. Not that educated people do not commit crimes, but it is more unlikely they do.

– Crime would be my third priorities but in my first term I want to help cities apply for grants and help funnel state and/or federal funding to my counties. There are millions of dollars in grants offered every year that cities are just not aware of. I worked in Grants at the city of Saint Cloud and I know it is understaffed and underutilized. I want to earn grants for roads, military memorials, and education.

HOAs. The intent of an HOA is to maintain the values of the homes by taking care of simple joint issues within the community but it has been exploited by big business and has become a source of means for some. I think that is wrong. Nobody should lose their home because of excessive fines for an overhanging tree branch. I would approach it to completely abolishing them all together, but I know not all are bad, but I’d like to get near that result.

Communication. People just want the government to work so they don’t have to worry about it but occasionally it would be nice to provide input or understand why something is happening.

Oh, wow tough choice. I’m assuming the last 20 years or so. Former Gov. Jeb Bush did some incredible things to the budget. But former Gov. Rick Scott signed the Timely Justice Act which I think was a great start but needs to progress further. We waste too much money on prisoners on death row. Both Bush and Scott are odd people, but I’d say Bush did the most for the state.

Good question. I would try to simplify the constitution. I believe it sits around 65,000 words. The US Constitution is about 8,000 words. I think it would be better for the people if they could understand it.

To the candidates, yes. To me, no. I may put up some but not many.

Army Times, FLAPOL, then whatever News Break sends me.

I typically watch FOX at work but if it’s something controversial I will compare it to two other networks for perspective.

I have no favorite tweet. I enjoy any tweet that promotes unity and unbiased messages. Dan Crenshaw and the Hodge Twins have the best videos. I feel with some coaching I could be a standup comedian so anything funny (really nothing is off limits in comedy) I’ll read. A challenge with social media is that people only know me from the messages they read and it’s impossible to fully understand me from social media. I would need a lot of one on one time to get a grasp of who I am and how I think. I joke that I’m like Batman because I do all my crime fighting and good deeds in the dark. Not even my wife knows of all the good things I do because I just don’t feel the need to tell anyone. It’s not genuine if you look for praise of attention. There is not a tweet that can describe my message. I am a regular person from Saint Cloud with just enough intelligence and education to speak to both parties (Gov. and people). I truly represent the people. Most politicians try to provide the people with perspective. Well, I want to provide the House with perspective. I’ve had a life of struggle and adversity and I can relate to almost everyone’s story in some way. I’m the most diverse and alike candidate of all time. I’m like Abe Lincoln in the sense that we both come from poverty and fight for what’s right and if they chose me great if not, that’s great to. I just wanted to provide them with options.

I run almost daily even though I hate running. I enjoy cooking, family vacations, and experiencing new things. Could be anything from obstacle courses to dining out.

Golf, football, and baseball. Don’t judge me on this but I like the New York Jets. They are a terrible team but I was a ‘Niner’ fan in the 90s which is easy, so I wanted an underdog team around 1998 or so and landed on the Jets. I love the misery I suppose.