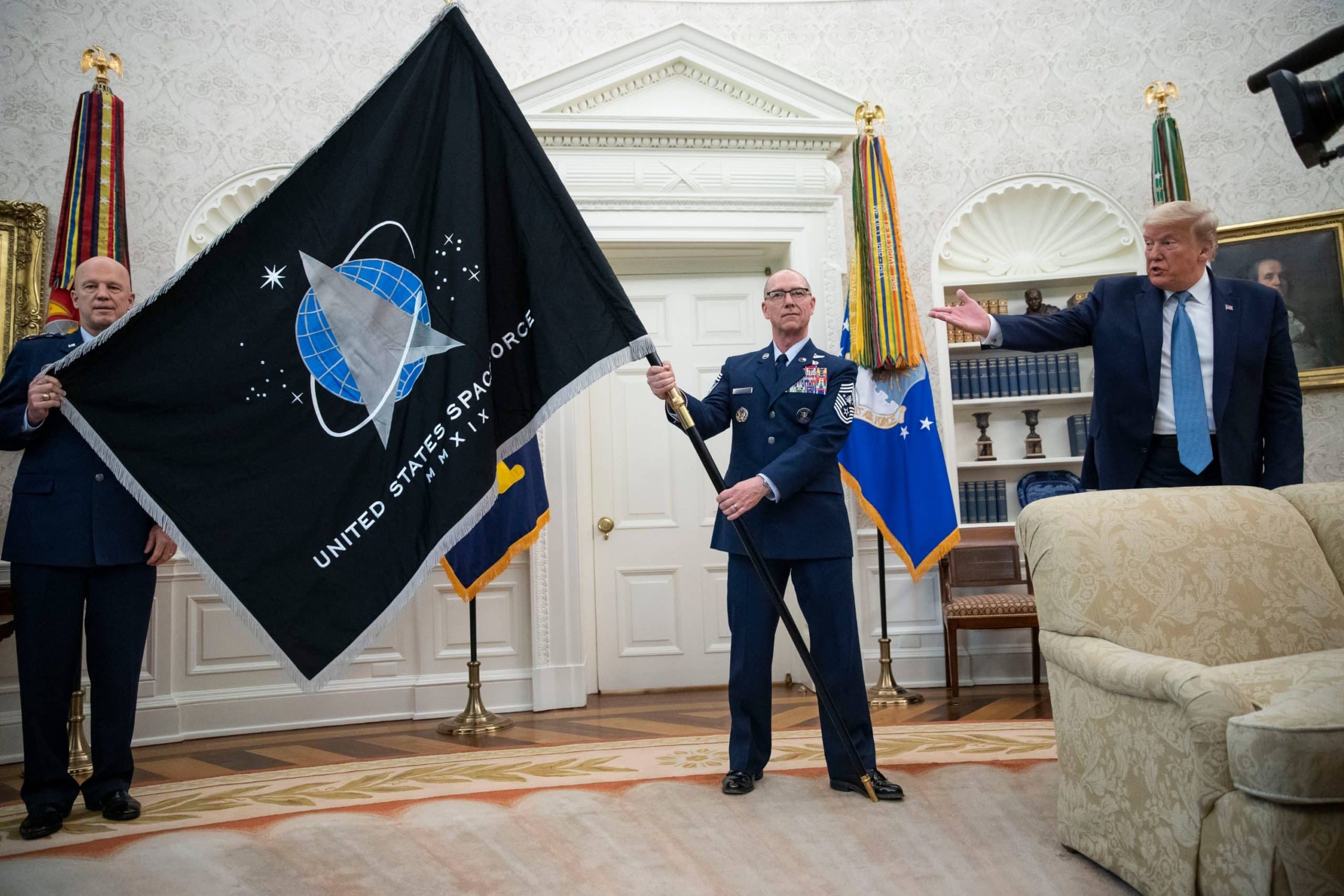 “Our state has a long history of support for our nation’s effort in space ..."

Gov. Ron DeSantis has endorsed six Florida counties and three cities that hope to land the command headquarters of the U.S. Space Force.

“Our state has a long history of support for our nation’s effort in space through the operations of the Kennedy Space Center, the 45th Space Wing at Patrick Air Force Base and Cape Canaveral Air Force Station,” DeSantis wrote in the letter released late Wednesday by his office. “These installations provide great support to our national defense and provide a significant economic impact to our state. Equally important as our military installations, is Florida’s robust commercial space industry.”

The deadline to apply with the Governor’s endorsement was Tuesday.

President Donald Trump in December signed a law that created the Space Force as a separate branch of the military.

In May, Henderson outlined criteria for communities that want to be considered for the Space Force headquarters, including being located within 25 miles of a military installation, being among the top 150 largest Metropolitan Statistical Areas in the U.S. and scoring a 50 or higher out of 100 on the American Association of Retired Persons Public Policy Institute’s Livability Index.

Final selection is expected in early 2021. Henderson wrote that each nominee will be graded on a series of issues including the local workforce, infrastructure, community support for military families and local construction costs.

“Tampa is also home to nearly 100,000 veterans, as well as those serving members who will soon transition out of military service and be prepared to move into defense industry jobs,” Castor and Miller wrote. “Tampa boasts a large concentration of defense and security industry businesses that are prepared to support United State Space Command.”

Brevard County Commission Chairman Bryan Lober used his cover letter to point to a 70-year partnership between the local government and the U.S. Air Force, as well as being home to the 45th Space Wing.

The command headquarters applications followed DeSantis signing a bill (HB 717) on Saturday that would let Space Florida, the state’s public-private aerospace arm, bypass the need for approval by the governor and the Cabinet to issue revenue bonds or any other type of debt, including bank loans.

The proposal also would repeal a requirement that Space Florida advise House and Senate leaders before presenting bond proposals to the governor and Cabinet.

“As shown in the last few years, the space industry has evolved into a commercial-driven initiative, bound to accomplish many ‘firsts’ in the near future,” Wright’s office said in a news release. “This was illustrated during NASA’s SpaceX Demo-2 mission in late-May, launching American astronauts from American soil for the first time since the Space Shuttle Program was slowed to a halt in 2011. This recent growth in the commercial space industry will likely result in bond issuance becoming more prevalent for varying needs in critical-infrastructure, rather than the utilization of bank loans.”

According to a staff analysis of the bill, Space Florida and its predecessor organizations have entered into debt-financing transactions with banks totaling nearly $1 billion.

“Proceeds from these financings have been used to make infrastructure improvements, construct facilities, and acquire machinery, equipment and tooling necessary by Florida’s aerospace and defense industrial base and government partners like NASA and the USAF (the U.S. Air Force),” Keevin Williams, Space Florida’s vice-president of special projects said in December, according to the bill analysis.