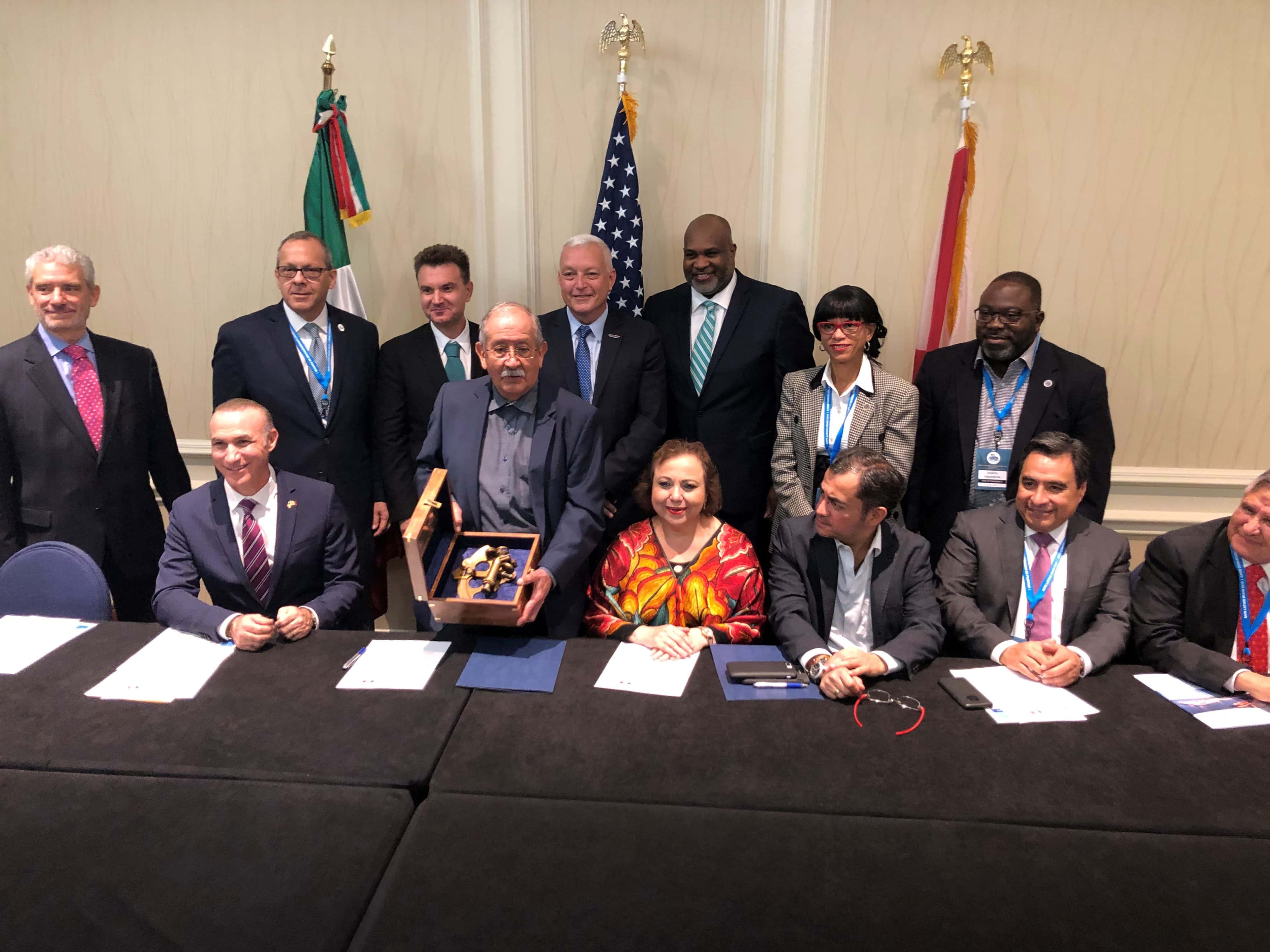 Florida ports have been proactive in boosting trade during the COVID-19 crisis.

While Florida ports face numerous challenges during the COVID-19 crisis, the state’s seaports continue to be proactive, with strategies to boost international commerce — benefiting Florida’s economy by enhancing the movement of goods across the nation and the globe.

This week, the Florida Ports Council and the Coordination of Ports and Merchant Marine (Coordinadora de Puertos) coordinated the initial meeting of a Florida/Mexico Working Group,

The Group was set up to review and identify issues, opportunities, and challenges to improve the flow of international commerce via all-water routes.

This meeting came at an opportune moment, just ahead of the new United States-Mexico-Canada Agreement, which went into effect July 1.

The Florida/Mexico Working Group was developed because of a Letter of Intent signed by the Ports Council and the Coordinadora de Puertos in November. The participants pledged to create a working group of 12 maritime commerce members from Mexico and Florida to grow maritime trade between the two entities.

“Mexico has long been one of Florida’s strongest trading partners, but we see substantial opportunities for growth in bilateral waterborne trade,” said Doug Wheeler, president and CEO of the Florida Ports Council. “The Letter of Intent that was signed in November by Florida and the Mexican gulf ports was just the first step in this process, and the meeting of the working group this week furthered our commitment to pursue benefits and solutions an all-water route will provide.”

The Florida Ports Council coordinated with Jonathan Chiat Auerbach, the Consul General of Mexico in Miami, and Enterprise Florida’s Mexico City office to schedule meetings for the delegation with government officials and agencies, customs officials, and the Coordinadora de Puertos.

In November, the Mexican delegation traveled to Miami to sign a Letter of Intent.

“For Mexico, sea routes including cabotage service and short-distance navigation are very important … for the ports of Florida and Central America, with which we have already started a new route, a very important panorama of the development of intermodal chains has opened up and is convenient for all the countries that are involved, and it helps to solve many of the problems that currently appear in the mentioned chains. So I hope that the integration of the working group and the participation of the ports and agencies that participate will make it a very successful project, we could even say exemplary, in regard to national and international trade.”

“The establishment of the working group, proposed in the Letter of Intent signed by the Merchant Marine and the Florida Ports Council last November, is an example of the commitment and interest of both parties to make this relationship an axis of trade and investment between Mexico and the United States,” Auerbach said. “The selection of the participants in the working group integrally represents the commercial potential between Mexico and Florida. Undoubtedly, taking advantage of the existing maritime border between both entities will bring with it an important benefit to the well-being of the people of both countries and particularly in Mexico, the south-southeast region of the country.”