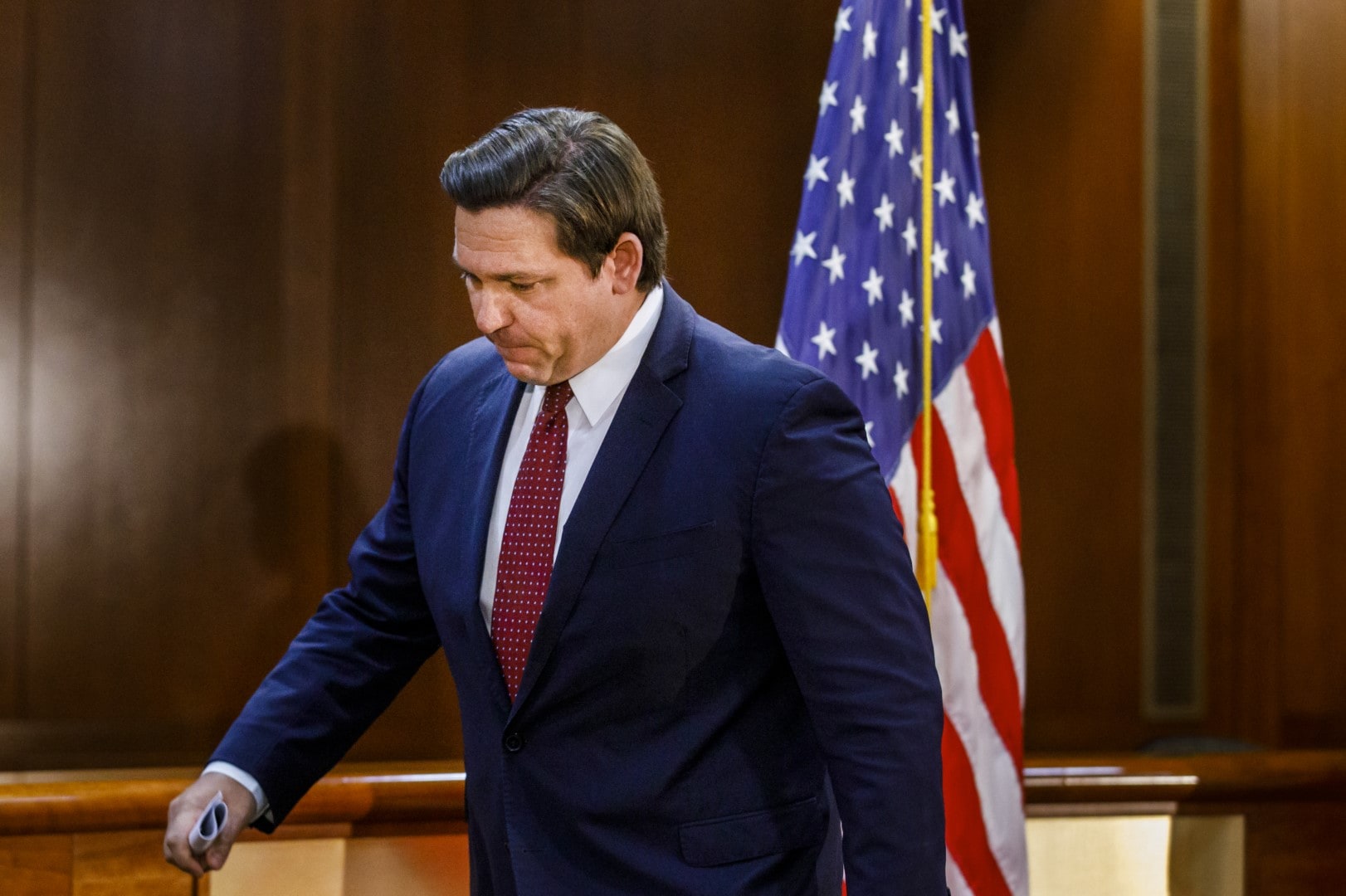 We like coronavirus? No, Governor, we don't. And you should be ashamed.

In what may be one of the most disgraceful comments made by a Florida Governor in our collective decades of observing Florida politics, Gov. Ron DeSantis mused Thursday that the media likes the spiking coronavirus numbers.

His statement, clearly meant as political cover, ignored the humanity that exists in all jobs, especially in the media.

Think for a moment what those in the media do. Some cover gruesome, heartbreaking crime or accident scenes. Some flock to natural disasters to ensure the public is informed, even as others are running for their lives. We have hard conversations with grieving parents whose child’s life was snuffed out by gun violence.

As a world in crisis amid a global pandemic, we follow every death. Every illness. Every business closure. Every financial hardship.

We are acutely aware of the human toll, both physical and financial.

And that’s not just because we’re talking to those affected. We’re living it too.

Our industry is being decimated by this pandemic, much like other industries. Newsrooms across the nation are laying off workers.

Journalists live in fear day in and day out — fear for losing their jobs because of an economic crisis, but fear also for contracting a monster of a virus as we march into battle to keep the public informed of a minute-by-minute onslaught of information.

Those of us lucky enough to have jobs are exhausted. We’re working 12-hour days, 7-days a week. Why? Because we value what we do. It’s why media outlets with paywalls have torn them down. It’s a public service.

To say that members of the media are somehow pleased with the new numbers, rising by the day, ignores the fact that we are terrified, too.

One of our editors has a 17-year old daughter who contracted the illness. A day after the test came back positive, a 17-year old girl was the first child in the state to die. Can you imagine that fear?

Another editor likely contracted the illness in the early days of the pandemic and spent a solid week battling the worst illness he had ever had. As he laid miserable in bed, you know what he still did? He kept working.

We know lobbyists who have battled COVID-19, lawmakers, friends.

Someone told us, “it’s the worst thing I’ve ever experienced besides my terrible car accident.”

Every single one of us at Florida Politics knows someone close to them who’s been affected by this pandemic. There are more by the day.

So this is the closest we will come to telling the Governor of Florida, as politely as possible, to go to hell. We won’t say it, because we respect the office.

But your words are like an icy hot knife to our backs, Governor.

Florida Politics, while we don’t hesitate to hold this administration accountable, has given Gov. DeSantis credit for his response where others have balked.

Granted, we didn’t think DeSantis deserved an apology from the media even as the National Review kissed his ass.

But we have said, either directly or indirectly, that the Governor is not getting enough credit for balancing public health concerns with economic strife.

We have saluted him for worrying about what an extended lockdown could have done to people, adding crippling financial hardship to an already mortifying public health crisis. We agreed with him when he warned of the unseen consequences – increased child and domestic abuse, drug use, etc. – a draconian response would prompt.

We even gave credence to his notion that, in a state as large and diverse as Florida, you can’t have a one-size-fits-all approach.

The Panhandle doesn’t need the same response as South Florida. We get that.

We’re not exaggerating for ratings, as he seems to suggest.

The same day DeSantis figuratively sent the media to the gallows, Florida health officials reported more than 10,000 new cases in just one day. To put that in perspective, China, Japan, Korea, Vietnam, Thailand, Malaysia, Indonesia, the Philippines, Australia and the European Union are averaging 6,760 new cases.

Imagine if DeSantis, instead of mimicking President Donald Trump by making the media his scapegoat, took the road less traveled?

What if he stayed positive, pointed out the state did better than expected during the first two months of the pandemic, but admitted it was time to get back on track, time to put on a damn mask?

What if instead of bashing us, he offered just the slightest sense of gratitude for raising public awareness about coronavirus?

Because that’s what we did.

Unlike those who think you, Governor, deserve an apology, we don’t believe anyone does. We don’t even want one from you for your hurtful comment yesterday.

What we do want is for you to recognize that we are doing our jobs, as best we can, during this pandemic.

previousTakeaways from Tallahassee — Dancing with history