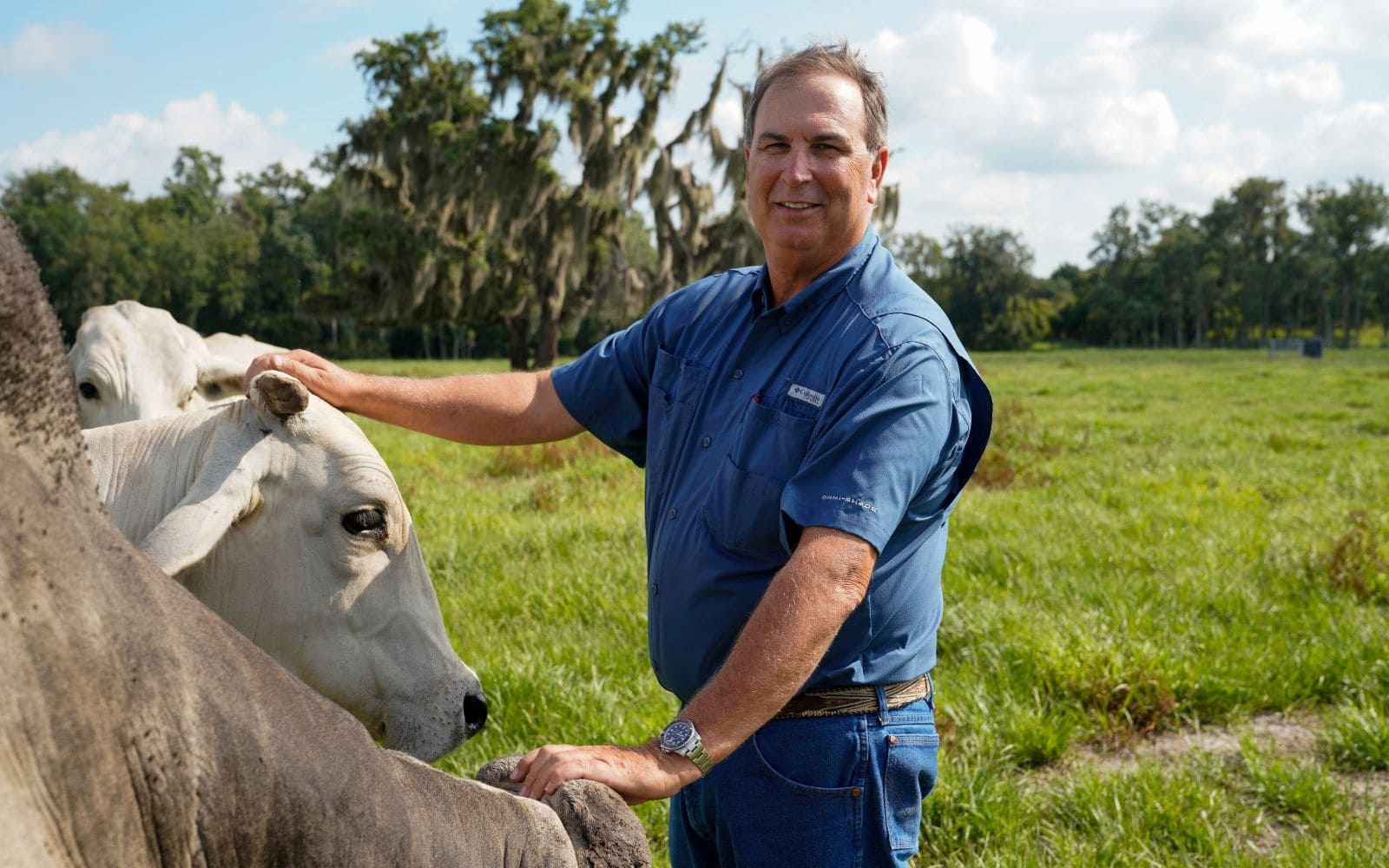 I’m running for the Florida House to bring a farmer’s work ethic and Heartland Values to Tallahassee.

I earned a Bachelor of Science degree in Agriculture with a major in Food and Resource Economics from the University of Florida.

I wrapped Christmas packages at Benny’s menswear in 8th or 9th grade.  My first job out of college was with Farm Credit as an agricultural lender.

My wife Tammy and I have three grown daughters: Marti, Alison and Savannah.

I spoke with former CFO Jeff Atwater and our former State Sen. Denise Grimsley as I was considering running.  After a year of campaigning, I’d say they did a good job at preparing me for the ups and downs of this process.

I spend a lot of time in prayer, but I’m blessed to have a number of friends and colleagues to bounce ideas off of depending on the subject area.

Rich Johnston with Public Concepts is my consultant.

Marty McKenna was the first person to contribute to my campaign.  He’s a dear friend, a great neighbor, and we serve on the Florida Citrus Commission together.

I’ve been very impressed by Senate President Bill Galvano.  I remember him as a young man in our community – he’s a fellow Sebring High School Blue Streak.  Bill has always been thoughtful, even keeled and has remembered his roots.  I also admire Rep. Paul Renner from the short time I’ve spent with him.  I admire his service in the US military and he seems to be a man of deep faith, even in times when that isn’t the easiest path.

Politicians get a bad rap for saying one thing and doing another.  I was taught to tell the truth and that a man’s word is his bond.  I’ve always tried to be dependable, honest and transparent.  Those are qualities I won’t forget in the House of Representatives.

I believe the most important issue the state will have to deal with is getting Floridians back to work.  I’m also looking forward to advocating for rural education and working on water policy that allows Florida’s farmers and ranchers to continue feeding the nation.

We need a Representative who can build relationships and effectively advocate for the rural communities that comprise House District 55.  Our schools need Tallahassee to commit to fully funding the “Sparsity Supplement,” our business community needs to be considered as Florida plans and builds MCORES, and we need a strong voice to expand access to broadband internet in our communities.

I think we’ve been fortunate in the last number of years with our Governors.  But I’d have to go with Jeb Bush.  Whether you think I’m right, wrong or indifferent, Jeb facilitated change in a number of areas by standing strong on his principles.  He was never dogmatic and always led with a level of civility that I really admired.

I would enhance the Burt Harris Private Property rights to allow agriculturalists to continue their way of life.

Absolutely.  It’s a great way to show support throughout the community.

I read Sunburn just about every morning, I subscribe to the online version of the Lakeland55 Ledger and Orlando Sentinel and the weekend edition of the Wall Street Journal.  Occasionally I’ll tune into some cable news shows on Fox, but I don’t spend much time watching TV – especially without sports.

I’m a Pro-Trump, conservative citrus grower running for the Florida House to bring a farmer’s work ethic and Heartland Values to Tallahassee.

Following Gator athletics and fishing – particularly in the Florida Keys.  I used to hunt a lot, but I’ve moved more towards spending time in the woods taking in the wonder of the creation that surrounds us.

I’m a fan of whatever sport is in season.  My favorite sports team is, hands down, the Florida Gators.