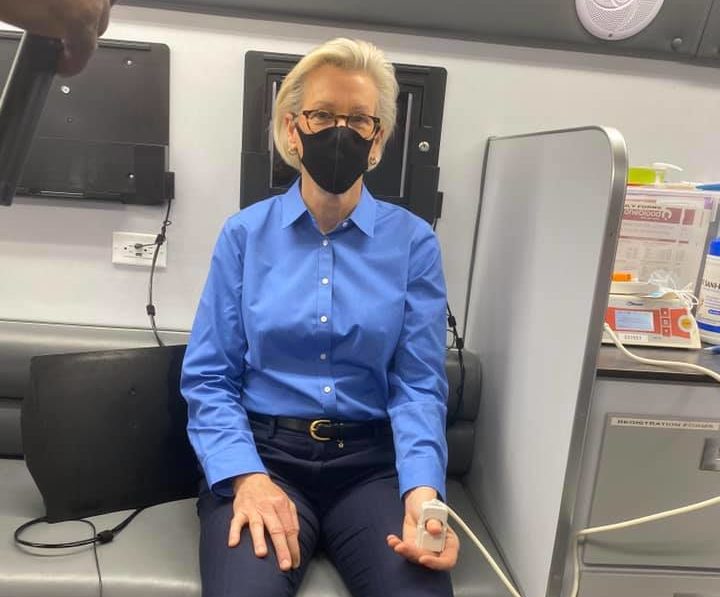 Castor is typically a step ahead of the county on coronavirus protections.

“I do believe that mandatory mask wearing is the only thing that is going to reduce the number of positive cases dramatically,” Castor said to CNN’s Kate Bolduan.

She stopped short, however, of criticizing Gov. Ron DeSantis for failing to issue a statewide order, arguing it was the “best bet” to leave that decision to locals.

“There is no good argument anywhere in our nation against mask wearing,” she said. “The last thing we can afford is to be knocked backwards, and that’s why I’ve encouraged everyone to wear a mask.”

Castor issued a mandatory mask order in Tampa last month as cases began to spike in Hillsborough County, where now more than 13,000 people have tested positive for the virus.

She followed that up with strong support for a county order.

Castor has been making the rounds on national media for weeks, seen as a leader in a state that’s been criticized for lackluster response to the virus, including of DeSantis who was late to issue a stay-at-home order and never ordered beaches closed.

Castor did criticize the decision to reopen bars, calling it a “mistake.” DeSantis’ administration has since blocked all onsite alcohol consumption at bars and nightclubs, though those businesses can still sell packaged booze to-go.

This isn’t the first time Castor has found herself in the spotlight, landing there thanks to a host of leadership efforts praised in other locales.

Castor, like neighboring St. Petersburg Mayor Rick Kriseman, was ahead of the state in limiting restaurant capacity, calling for half-capacity and early closures on March 17. Two days later she restricted all gatherings to no more than the individuals, an action also taken in St. Pete.

When the Hillsborough County Emergency Policy Group declined to issue a stay-at-home order March 23, Castor followed up the next day with her own, prompting the county to revisit the order and pass one March 25.

Castor also pushed for a mask order in mid-April, a move that wasn’t taken until last week.

In response to that denial, Castor instead worked with private partners to get giants like Publix and Target to begin having employees mask-up.

Like the stay-at-home order, Castor’s own citywide mask mandate predated the countywide order.

“Our community worked hard to stop the spread of COVID-19 from the start. We made sacrifices, we stayed home, we stayed apart, and we flattened the curve. But this fight isn’t over yet,” Castor said.

“As cases are rising across our state, we need to keep working together to ensure all that progress doesn’t go to waste. Let’s do the right thing to protect our vulnerable neighbors, keep our businesses open safety, and save lives: wear a mask, wash your hands, and practice social distancing.”