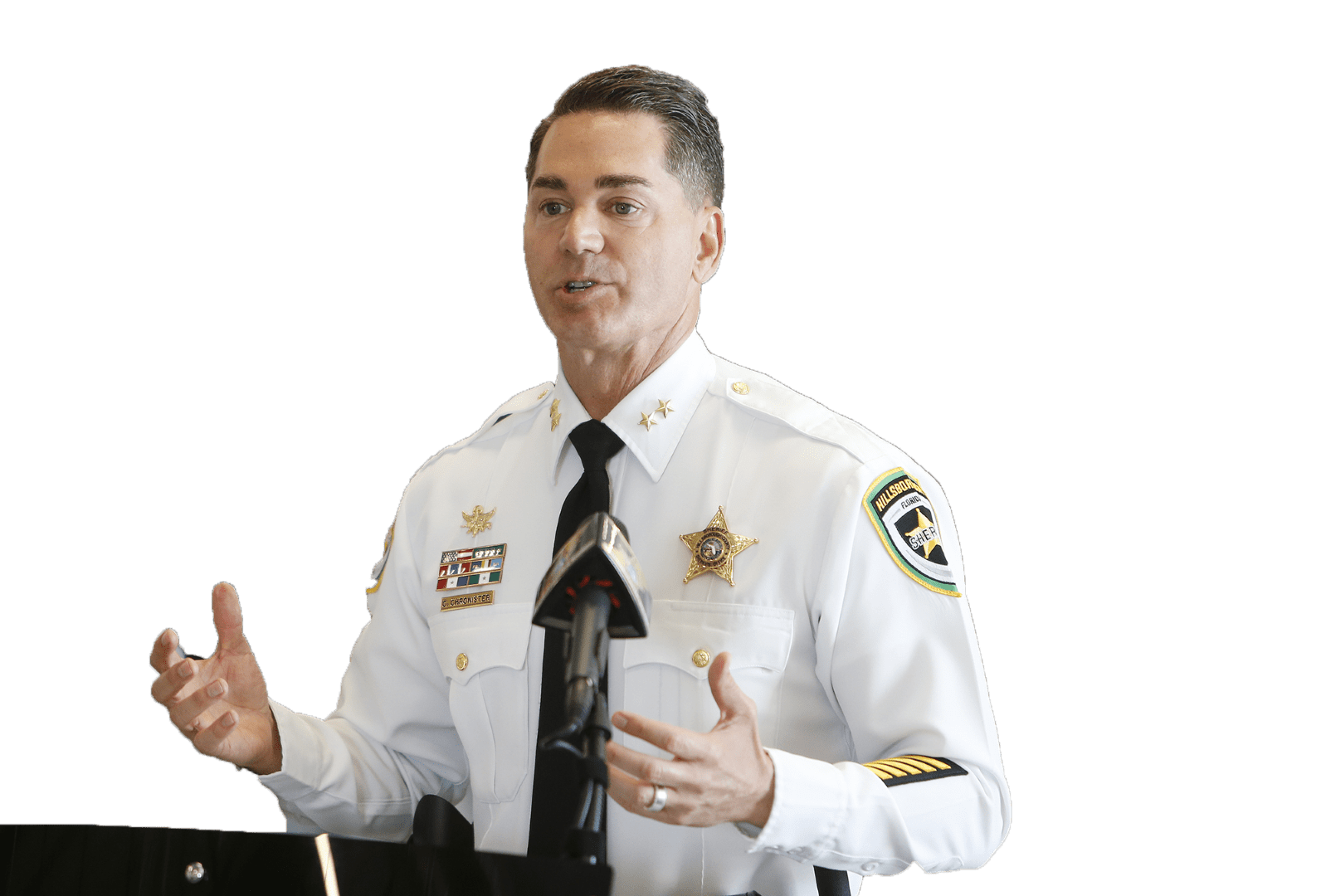 If money were the only indicator, Chronister would be a shoo-in for reelection.

If money were the only indicator, Hillsborough County Sheriff Chad Chronister would be a shoo-in for reelection this year.

Chronister has now raised nearly $250,000 in his reelection campaign. He raised another nearly $1 million in an affiliated political committee, Friends of Chad Chronister.

Between the two accounts he has more than $1 million on hand to take out a primary challenger as well as a no-party-affiliated candidate and a Democrat.

No one else in the race even comes close.

Former Tampa Police Officer Ron McMullen, a Democrat who’s running as an NPA in November, raised just $950 in the latest period and $26,540 overall. He has just over $12,000 on hand.

Gary Pruitt, also a former Tampa Police Officer, is the only candidate on the ticket running as a Democrat. He didn’t raise a dime in the latest reporting period and has raised just $13,672 to date with less than $10 left in the bank.

Chronister spent more in two weeks than any of the other candidate has raised in their entire campaigns.

He also spent $2,000 on accounting services from Robert Watkins and Company and $1,400 on signs from Builders First Source in Tampa.

The only other candidate with a major consulting firm on the payroll is McMullen who spent $4,700 in the latest report on consulting services from Parsons Wilson.